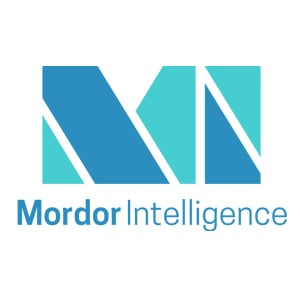 Mordor Intelligence
Europe has an ambitious goal to become a climate-neutral continent by 2050. In January 2022, BYD announced that it has delivered 70,000 electric buses worldwide and announced plans of investment and expansion continue at BYD’s eBus factory in Hungary supporting its principle of ‘Made in Europe for Europe’,

The electric bus market was valued at USD 35.8 billion in 2021 and is anticipated to reach USD 71.4 billion by 2027 at a CAGR of about 12.44%, during the forecast period (2022-2027). Rapid urbanization, rising oil prices, rising air pollution, government efforts, and lowering battery prices all contributed to the worldwide electric bus market’s growth. Europe has an ambitious goal to become a climate-neutral continent by 2050. To achieve this target, the European Commission announced a multitude of new legislative proposals. The different national targets for new clean buses range from 24% to 45% in 2025, and from 33% to 65% in 2030, depending on each country’s population and GDP. In January 2020, the European Union approved an increase of EUR 300 million for Germany to aid the purchase of electric buses and charging infrastructure, taking the total to EUR 650 million. In Germany, the government is anticipating a quarter of buses to be electric by 2025.

In Asia-Pacific, China is the largest manufacturer and consumer of e-buses in the world. The country’s domestic demand has been supported by the national sales targets, favorable laws, supportive subsidies, and municipal air-quality targets. In May 2020, more than 420,000 electric buses were in use in China, which amounts to about 99.0% of the global fleet. Furthermore, China’s Ministry of Transport is offering subsidies and other benefits for the development of low emission bus fleets, thereby, further positively influencing the market. For instance, 61,000 more new energy buses were sold by Chinese bus makers in 2020, despite the pandemic. Bus production in China accounted for around 15,000 units in 2020. Major Chinese e-bus suppliers are expanding their market presence outside China with the increasing electric bus deployment around the world. In 2020, Chinese bus makers sold around 61,000 new energy buses, whereas the total bus production in China accounted for around 150,000 units.

Check our other latest research on –

List of Key Players in the Electric Bus Market

Mordor Intelligence is a market intelligence and advisory firm. Our mission is to map complex business ecosystems across the globe to better predict butterfly effects. To date, we have partnered with 4000+ enterprises across 20 industries, to deliver precise data and actionable insights in over 6000 projects. Our domain-specific teams of research experts continuously track markets, enabling our clients to gain a competitive edge through high-quality market intelligence.