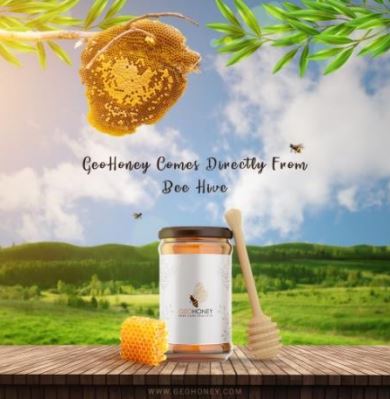 Dubai, UAE – August 26, 2020 – Parents are always concerned about the wellbeing of their little ones. Living in a cautious society, they all are ultra-protective of their new-born babies. What to give and when to give is a question that goes through their mind always. Exposing the baby to new food items during six to twelve months is another milestone as they want their infant to get enough nutrients and vitamins necessary for their growth and development.

UAE’s National Health Service has indicated that it is not advisable to give honey in any form to the infants who are under twelve months of age. Pediatrician recommendations state that babies can consume honey once they are over a year old, and their first set of teeth has emerged completely. Geohoney, the world’s best honey suppliers, suggests that honey pacifiers can also be dangerous for a baby below twelve months of age. The natural raw honey is enormously beneficial for the children; however, it can prove bad for the infants.

The major risk of including honey in the diet of an infant too soon is Infant Botulism. Honey consists of bacteria spores known as Clostridium Botulinum. Botulism is a severe condition caused primarily by this bacterium and attacks the body’s nerves. The bacteria clostridium is found in soil and dust that contaminates the honey, and when consumed by the babies can cause food-borne illnesses. However, botulism is a rare condition but a risky type of poisoning that affects the baby’s health. Generally, the first sign of infant botulism is constipation, typically followed with floppiness, weakness, and difficulty in sucking or feeding. It is a must to seek medical help if the baby shows any such symptoms.

Infant Botulism symptoms usually show up within 08-36 hours of eating contaminated food. According to B A Barry, “Consumption of natural honey after a prescribed age provides instant relief from colds, the flu, and coughing. It strengthens the immune system of the babies and acts as a natural aid for sleep and eczema. It is the storehouse of multivitamins, essential amino acids, and minerals that effectively support regular bowel movements and enhance the health of the digestive system.

For more information on the health benefits of honey visit – https://blog.geohoney.com/five-absolute-benefits-ofraw-honey-with-your-daily-coffee