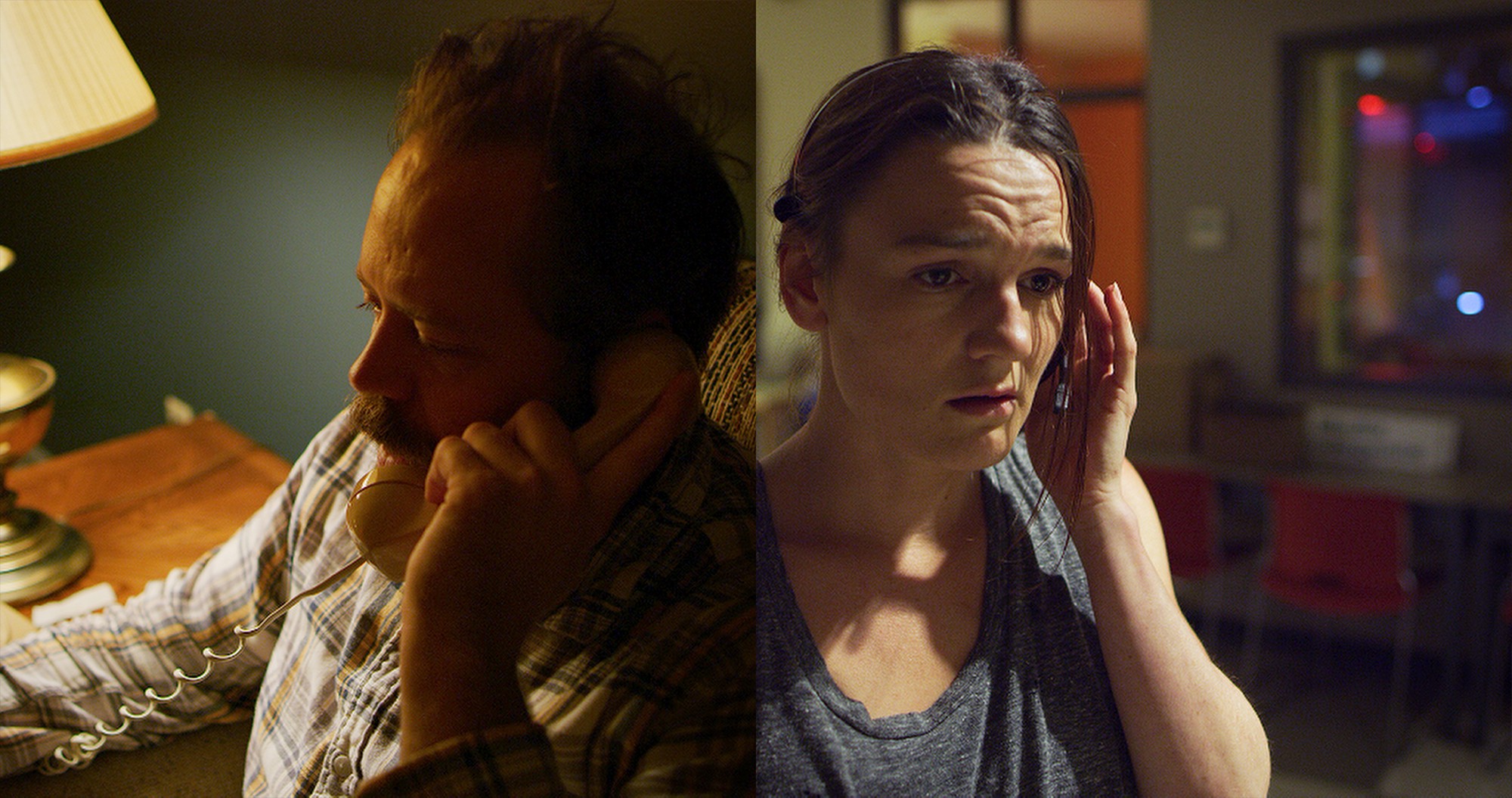 In 2018, over 10 million American adults considered taking their own life, more than 3 million made a plan to do so, and 1.4 million attempted suicide.

LAST CALL stars Daved Wilkins (The Mindy Project) and Sarah Booth (The Moodys) in a film that follows a suicidal alcoholic on the anniversary of his son’s death. When he attempts to call a crisis hotline, a misdial connects him with a single mother working as the night janitor at a local community college. The split screen feature showcases both characters in real-time as they navigate a life-changing conversation.

The film, the latest for award-winning filmmaker Gavin Michael Booth, is presented in a split-screen format over real time across two long takes shot simultaneously.

“We’d wanted to make a film together, and [Daved] came to me with the idea for a suicidal man calling a helpline”, Booth said in a recent interview. “Having worked together on the music video for SYML’s “Body”, he knew my history of long take scenes and single-take music videos and films. Originally the idea was a man calling a helpline, but as we researched the proper way helplines are run, we realized that their crisis protocols were different than we’d imagined.”