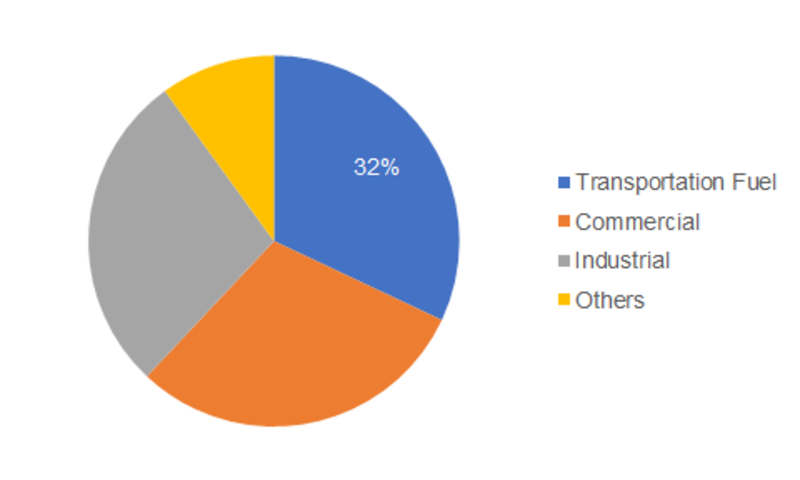 Gas hydrates, also referred to as methane hydrates, are cage-structured lattices of water molecules which contains methane as the primary constituent. They are crystalline, naturally occurring, ice-like substances which occur beneath the sea bed and continental margins. They are a rich source of natural gas; and is produced at high pressure and low temperature at a depth of few hundred meters below sea level.

Gas hydrates, also called as fire ice, are a crystalline solid ice-like form of water that consists of gas molecules held under high pressure and low temperature. Large quantities of gas hydrates are found in the world’s continental margins. It is obtained in the seafloor sediments down to a depth of 200 m-400 m beneath the seafloor. It is largely formed in the sedimentary rocks beneath the Arctic permafrost, deep-water sediments of seas and inland lakes, and beneath Antarctic ice. The gas primarily consists of methane in large quantities and other gases such as H2S and CO2 in very less proportion. Methane from gas hydrates is a future source natural gas.

The Asia-Pacific market dominated the global market and is likely to register the highest CAGR in the coming years owing to growing government spending, rising demand from transportation industry, and growing R&D facilities. Japan is projected to account for the largest market share as it imports almost all its oil and gas fuels, large reserves of gas hydrates, and is equipped with advanced technical expertise with extraction. China, India, Malaysia, Taiwan, and South Korea are other regional contributors.

The global gas hydrates market has been segmented on the basis of type, origin, method of extraction, application, and region.

On the basis of origin, the global gas hydrates market has been categorized into seabed, permafrost, and others.

By method of extraction, the global gas hydrates market has been divided into water circulation, depressurization, carbon dioxide injection, and inhibitor injection process.

Based on application, the global gas hydrates market has been classified into transportation fuel, commercial, industrial, and others.