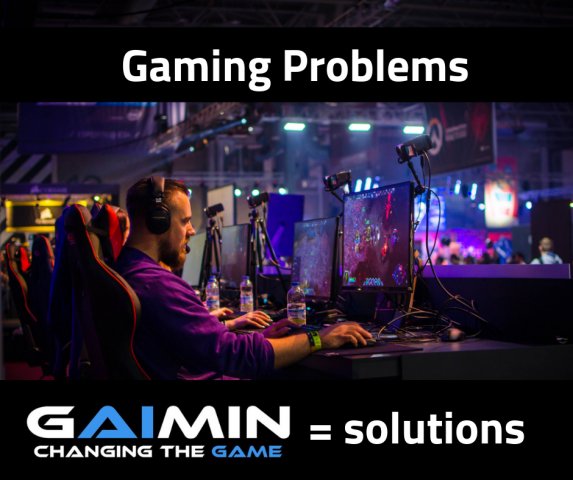 Within the gaming world, the PC gaming sector is one of the most profitable industries in the world, predicted to rise to $33.6 billion by 2020, representing an increase of +19.83% year on year.  With that being said, there are still problems that need solutions. Some of these challenges include global payment issues (multi-currencies), the cost of games and in-game purchases, lack of security for game accounts, the inability of users to resell gaming assets they no longer use, and the initial cost of a PC gaming computer with its ongoing upgrade costs.

To combat these issues, Gaimin.io plans to help gamers by using blockchain based solutions.

Gamers can now connect their PCs to Gaimin.io’s platform, when they are not using them for gaming, and have their computer’s processing power perform tasks ideally suited to a GPU, such as confirming and validating blockchain transactions. In return, gamers are rewarded with Gaimin.io GMRX crypto tokens which they can then use directly for in-game purchases, avoiding any multi-currency payment challenges.

Gaimin.io has future plans that include full blockchain ownership of in-game assets. Providing gamers with this kind of platform will allow them to use virtual items cross platform, in and out of games, which will increase their monetary value.  A full peer-to-peer marketplace where gamers can buy, sell and rent gaming purchases between themselves, creating a platform that will allow a gamer to sell the items for fiat or even crypto will also increase the economic value.  “This healthy marketplace will increase not only the economic value but also the social value,” stated Calvin Adamus, the originator of the Gaimin.io concept. “Our community will be the most important aspect of everything that we will be doing. Genuinely creating a win-win for everybody concerned, whether it’s a blockchain company that requires nodes, or a film studio needing rendering services or an interior design company requiring walk through renders, the gamers will be rewarded for providing the processing power.”

EOS public blockchain was chosen in order to offer increased user account security.  For full functionality such as for the market and mining application, integration of different elements of Gaiminio’s system with “smart contracts”, use of the RPC API and Wallet RPC API. These API calls will be signed, ensuring the same level of security as SSH.  In the future, Gaimin.io’s target is to be able to launch its own EOS node to make calls between the blockchain and Gaimin.io’s server more secure. Gaimin.io will use “SMART CONTRACT AUDITS” like “QuillAudits” to find security flaws and errors while avoiding bugs within the contracts. Features such as a “kill-switch” will enhance security further creating the possibility of turning off a contract should something go wrong.

Gaimin.io’s many solutions will positively impact gamers and the gaming ecosystem as the two worlds of gaming and blockchain converge. Andrew Faridani, the Chief Marketing Officer, was proud to claim that “With Gaimin.io every gamer will be at the forefront of progress as cross-platform assets develop and gaming companies integrate their use of the blockchain.“