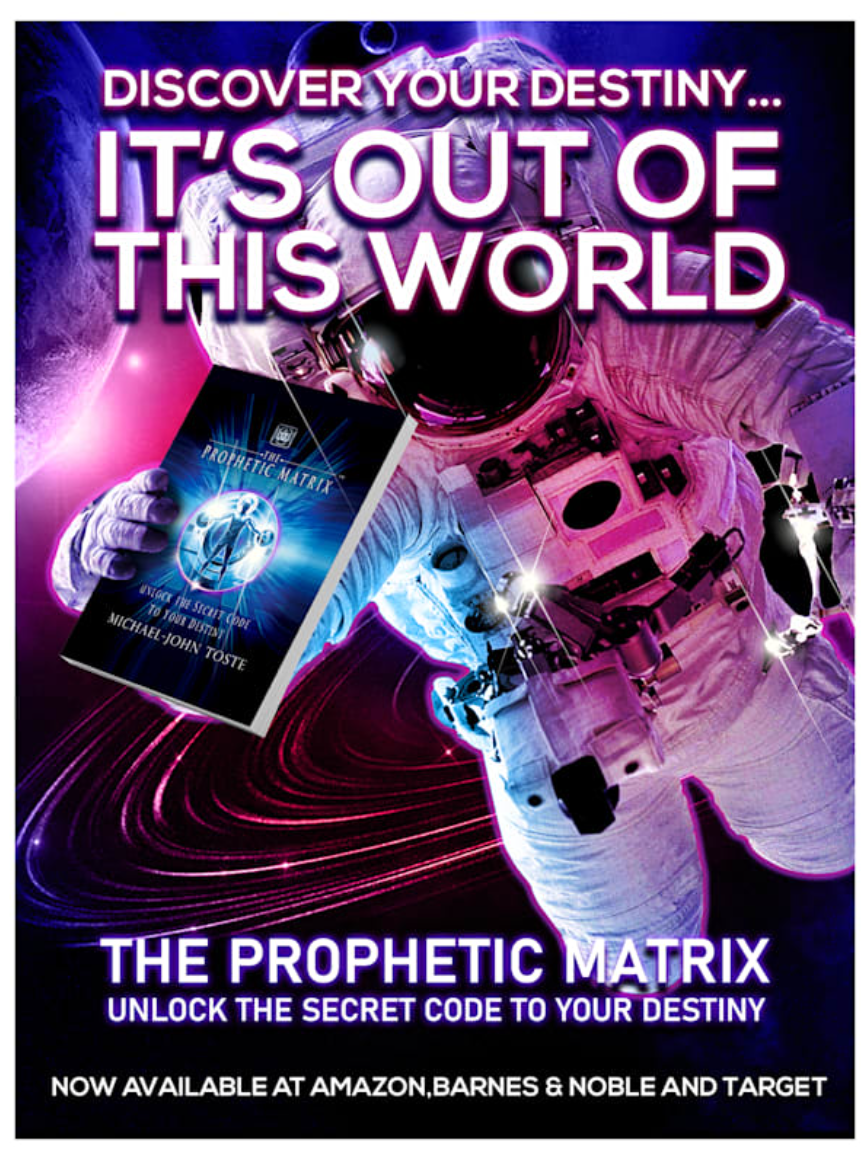 SILICON VALLEY, Calif. – January 28, 2022 – In a groundbreaking first-ever event, The Prophetic Matrix: Unlock The Secret Code To Your Destinybecame the first commercial literary work in history to make its debut in outer space prior to its global release on Earth. A digital version of the book was transmitted to the Destiny module of NASA’s International Space Station (ISS) and displayed on a monitor during its interplanetary visual premiere while orbiting the world at approximately 17,500 miles per hour. The nonfiction eBook traveled close to three million miles by the end of its mission. A segment of the Prophetic Matrix film footage was then encrypted and staked within the NFT World Vault as the first Space NFT — you may view the space video clip at www.NFTWorldVault.io.

The Prophetic Matrix’s interstellar release comes amidst a modern-day renaissance of space travel, with Elon Musk of SpaceX, Jeff Bezos of Blue Origin, and Richard Branson of Virgin Galactic all racing to explore the heavens. “I’m excited to become a member of an elite group of space pioneers in the 21st Century. This opens a broad door of opportunities for future publications to send their titles to spacecraft filled with celestial travelers touring the stars,” said author Michael-John Toste.

Futurist Michael-John Toste announces in his insightful book the birth of a new truth revolution, which he features in a chapter within The Prophetic Matrix. He stated, “This new truth revolution is about to transform civilization as we know it! The world’s inhabitants will demand complete and absolute truth and nothing less. No matter what powers or organized forces attempt to come against it, will ultimately fail to stop it. The new truth movement will revolutionize the way the global community thinks and views all forms of information, communication, authority, and power. Entire industries will be turned upside down in the near future because of truth ripping the lid off a deception that has prevailed for so long. Businesses that stand on the side of truth will be flipped right side up, enjoying safety and prosperity in this new age of unveiling and correction. Incredible power and authority will be transferred from the deceivers to the truth seekers who fight to establish all truth for the betterment of humankind.”

Michael-John is a futurist and International Destiny Coach who hosts a popular Los Angeles radio talk show, Your Day of Destiny. 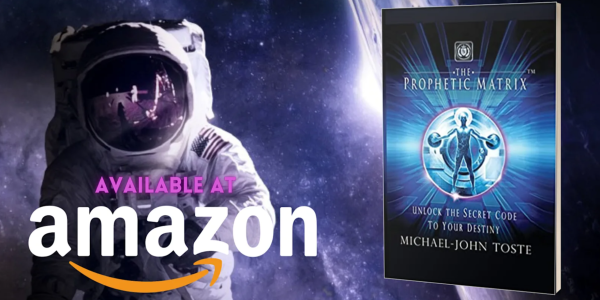 To view footage of The Prophetic Matrix’s interstellar debut on the International Space Station and for more information visit www.PMLaunch.Space and www.ThePropheticMatrix.com.