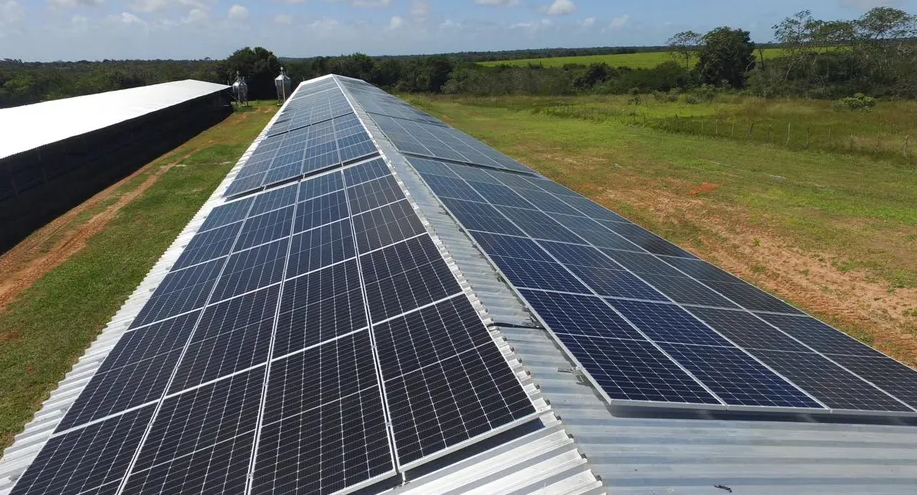 Kvoltz photovoltaic solar power plant in São Jose do Mipibu (RN)
The business model involves generating electricity in plants on the roofs of warehouses and injecting energy into the utility grid, which returns credits for users to deduct from their electricity bills.

The fintech company Kvoltz has developed an ecosystem for financing solar photovoltaic projects through a digital asset token. The business model involves generating electricity in plants on rooftops of warehouses and injecting power into the utility grid, which returns credits for users to deduct from their electricity bills.

Aimed at small and medium-sized companies, such as supermarkets and retailers, the Kvoltz arrangement allows for savings of between 20% and 25% in the electricity bill of these users, who become consortium members of the plants. The format meets the rules of distributed energy generation for small plants and users connected to the utilities.The holders of the tokens, who contribute funding for the construction of the plants, are entitled to a bonus equivalent to a portion of the energy produced – 2% of the revenue obtained with distributed generation, limited to 50% of the profit.

The companies that contribute to the funding for the construction of the plants, are entitled to a bonus equivalent to a part of the energy produced – 2% of the revenue obtained with distributed generation, limited to 50% of the profit.

The first plant has a capacity of 112.5 kW and is located in São José do Mipibu, in Rio Grande do Norte, and was built with the partners’ own capital. The plant is located on the roof of a farm in the city. The company is finalizing the details of its integration into the Cosern network, the local utility.

Kvoltz expects to develop new plants in other 26 states in seven years, following the same model as in Rio Grande do Norte. Kvoltz’s roadmap foresees the construction of 30 industrial units per year until reaching a capacity of 29.25 MW, which would require total investments of around R$100 million.

“The investor is not only the one who will bring funding for the project, but the one who comes with this new mentality of solar energy in Brazil and in the world. He will get a return on the energy production because the token will return to him part of the energy produced in the plants. It’s like a dividend, but it’s not about profit, it’s about a percentage of the generated production,” said João Maluf Filho, cofounder of fintech.

According to Kleber Selhorst, head of operations and also cofounder of Kvoltz, the expectation is to raise R$30 million with the initial tokens, which will allow financing the new units.

“The investor doesn’t need to worry about our efficiency. He only needs to worry about the development of the solar energy market. As more plants are built, more energy will be generated and more bonus will be given,” he said.

The tokens were minted on Binance’s BNB blockchain. The bonuses will be deposited periodically in the token holders’ digital wallets.The partners plan to build at least three more plants in the Northeast by the end of 2023 and reach 16 states in the country by 2025.