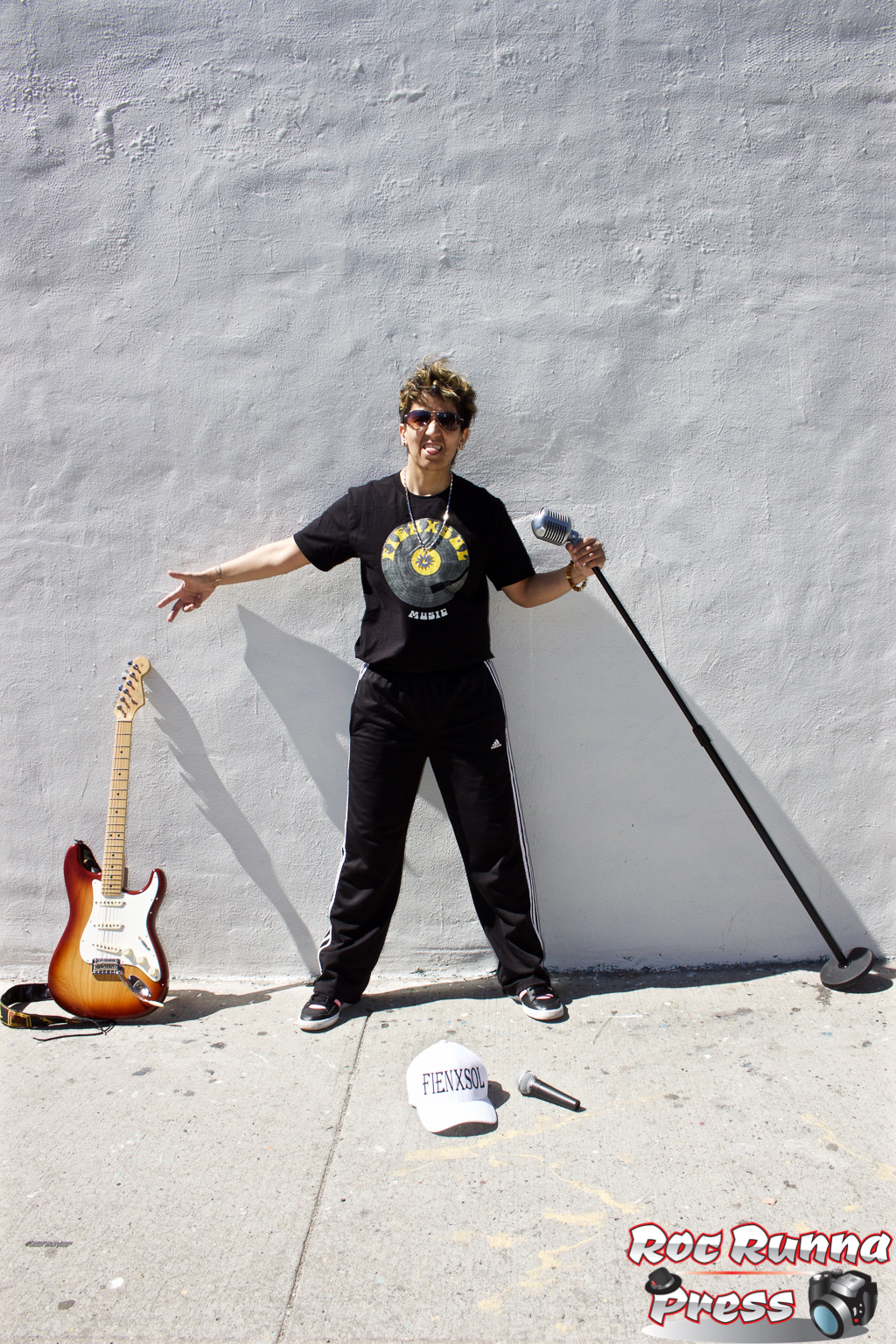 FienXSol is a songwriter, MC and producer hailing from Queens, NY with a unique ability to fuse Hip Hop, Rock, Pop and Electronic music. This delectable sound sets her apart from the current trends in music. Lyrically and musically. FienXSol sounds like no other.

FienXSol was born in La Paz, Bolivia and grew up there until the age of 10. She began writing poetry at an early age and found the perfect marriage for her words in Rap Music. Drawn to music from an early age, she recalls being glued to the radio, listening to contemporary Latin music, Disco, Traditional Bolivian Music and Pop. Memorizing songs was a favorite activity. She did not discover Rap Music until her arrival in New York City at the age of 11. She enrolled in a Catholic School in the Hell’s Section of Manhattan. Although the language barrier initially made her an extrovert, she found refuge in music once again. Rap and Rock were her pillars of support as she continued to study and assimilate to a new culture. The Rock and Rap fusion brought forward by Aerosmith and Run DMC with their smash hit “Walk this Way” sparked an early interest in FienXSol to create music that challenged the norm.

In College, FienXSol met Chris Sibilla, an aspiring producer who took her under his wings and taught her music production. She began listening to Jazz, Blues, Classical and started collecting records. This new found hobby was the spring board to yet another ramification of her love for music…DJ’ing. She had a huge record collection long before she was able to afford a pair of turntables. She began practicing the art of DJ’ing, focusing on good blends and finding new music to present to her audience.

In 2001, she recorded and submitted a track to DJ Alex ‘Flash’ Takasaki from Toronto, Canada. Impressed by her lyrics and flow, he included her track, produced by long time friend Chris Sibilla, in his 2001 mixtape. In 2003, she landed the job of MC for the eclectic drum & bass group SUISSE MODULAR. In 2004 they released their debut EP “Fly Me to the Lunar” on Galactic Dust Records and were met with great reviews. The band implemented sounds that are current in today’s EDM music, incorporating hints of Hip Hop atop layers of smooth vocals sang by Swiss artist San.Drine.

Currently, FienXSol is poised to rise once again. She is working on her debut solo album and has released various singles. Her songs are vibrant, interpolating Rock, Pop, Hip Hop and Electronic music, with her unique style of harmonizing and rhyming. Her musical influences include Bob Marley, Linkin Park, Kanye West and The Roots. There is never a dull moment in FienXSol music.