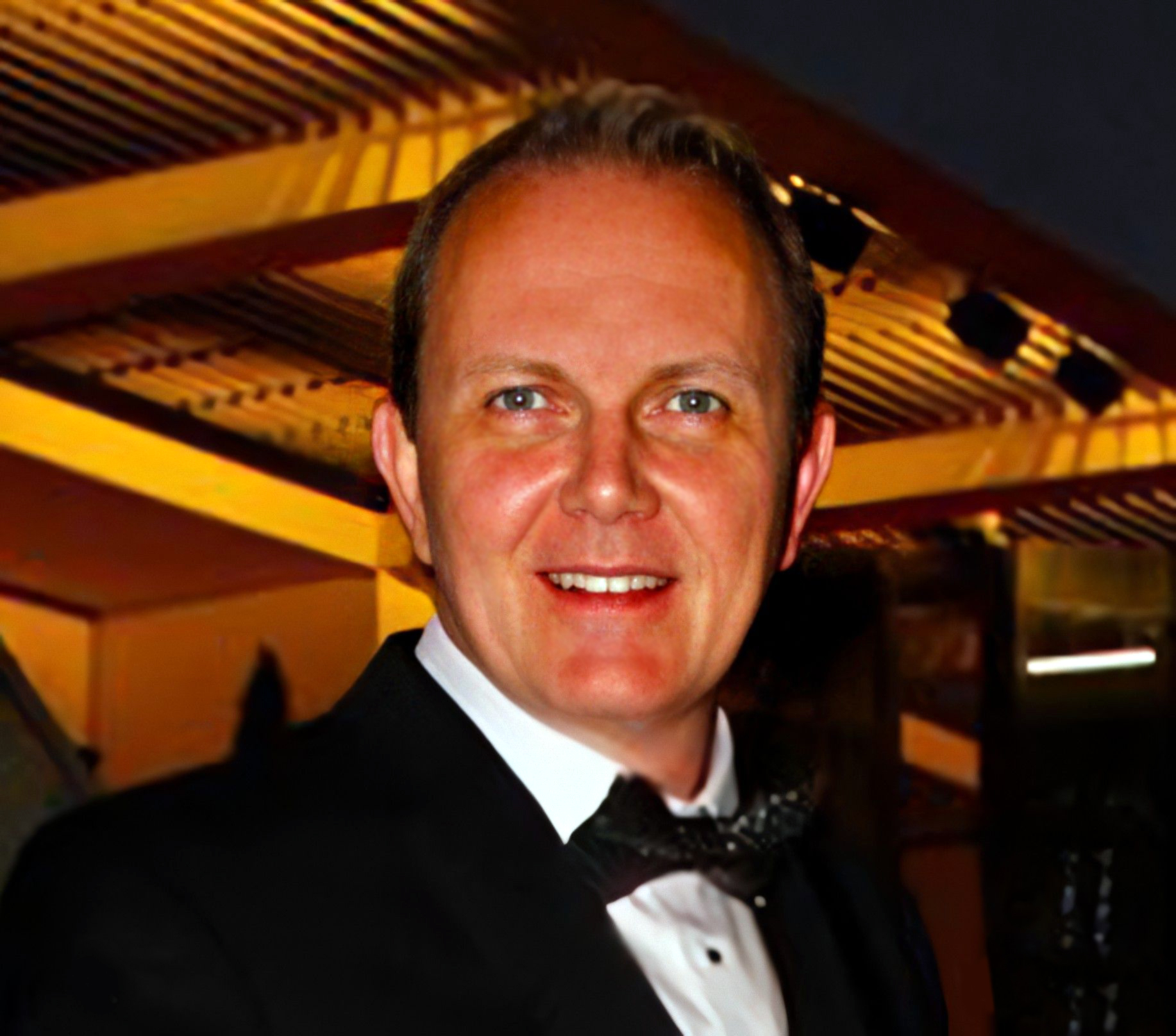 Director Timothy Hines’ crime-comedy “Tomorrow’s Today” has a rating of 9.1 out of 10 on IMDB and will be streaming on major platforms this Summer. Originally filmed under the working title “Charlie Boy” the title quickly changed to “Tomorrow’s Today” to match the neighborhood, inclusivity and ensemble nature of the film. Hines photographed, edited and directed the picture featuring New York comedians with lauded cameos by Kelly Le Brock and Academy Award nominee Burt Young.
American director Timothy Hines (“War of the Worlds The True Story”, “10 Days In A Madhouse”, “Chrome”) has a new critically acclaimed comedy “Tomorrow’s Today”. Filmed under the working title “Charlie Boy”, the gangster crime-comedy movie triumphantly endured post-production delays due to the Covid-19 pandemic and has been released as “Tomorrow’s Today” on major platforms such as Amazon Prime, Plex, Mometu, AppleTV, Tubi, Box Play Brazil worldwide.

War of the Worlds The True Story / 10 Days In A Madhouse director Timothy Hines’ new comedy Tomorrow’s Today is set to begin streaming on major platforms this Summer appearing first on Momentu in the US, Canada and Mexico and Brazil Box Play in Brazil, the independent movie distribution company in Brazil. The film is subtitled in Portugese there. On IMDB the film garnered a rating of 9.1 out of 10. Titled Charlie Boy during principal photography, executive producer Dominick Martini championed Hines to film re-shoots and post the picture through the Covid-19 pandemic, where test audiences strongly preferred the title Tomorrow’s Today. 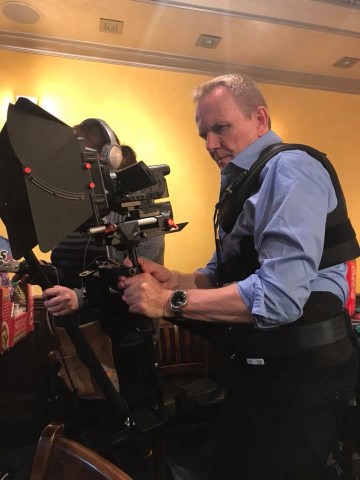 Above: War Of The Worlds The True Story director Timothy Hines on set directing Tomorrow’s Today.

“Timothy Hines took a really good script and turned it into a great movie,” says executive producer Dominick Martini, “We kept testing and testing the picture with live audiences, adding and subtracting scenes and rewriting until it clicked as Tomorrow’s Today. The title upgrade reflects the overall humanity of the picture, and it is also the title of the movie’s theme song. I couldn’t be more proud.”

Kelly Le Brock, everyone’s favorite “it” girl of the 80’s and 90’s, in a taped interview adds she took the featured cameo role of Donna in Tomorrow’s Today because she thinks Timothy Hines is a great director and she likes working with him. She goes on to say the picture has a long-lasting heart like Weird Science, a comedy she starred in with Robert Downey Jr. 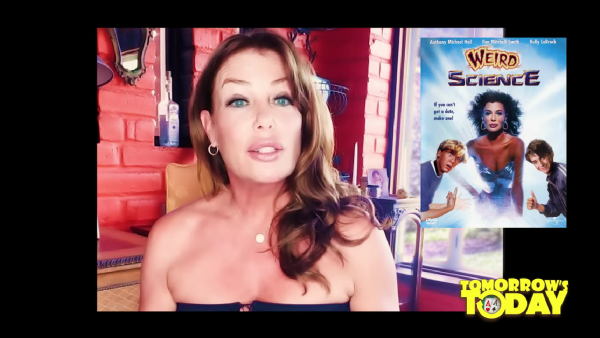 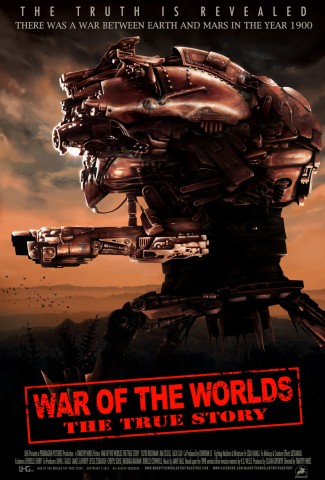 Above: Movie poster for War Of The Worlds The True Story. 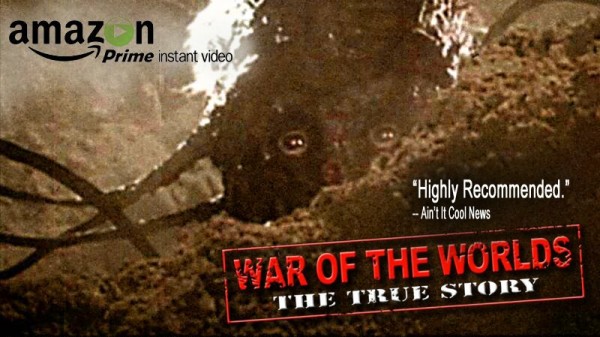 Above: The Martian in Timothy Hines’ “War of the Worlds The True Story” appears in the crater.

The film War Of The Worlds The True Story continues to be an enormous hit, grossing over $7 million in box office sales and millions of online streams, and is currently regarded worldwide as the most beloved, most popular movie version of H. G. Wells’ seminal alien invasion novel “The War Of The Worlds” ever made.

Above: War Of The Worlds The True Story Official Movie Trailer: https://www.youtube.com/embed/WE6gu1lkUZ0

Above: Restored turn-of-the-20th-century footage revealing the Martian Cylinder on Horsell Common, Surrey, United Kingdom, in Timothy Hines’ War Of The Worlds The True Story now streaming on all major platforms. 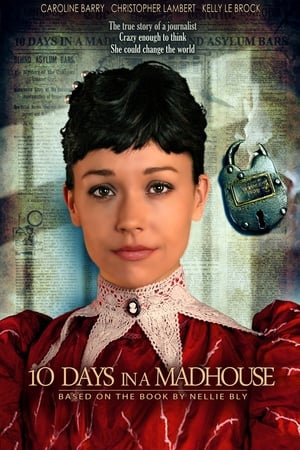 Above: Timothy Hines’ “!0 Days in a Madhouse” trended 3rd in the World at the 68th Cannes Film Festival with “Furry Road” being 1st. The movie played in AMC theaters across the US and is distributed world wide.

The movie hit Variety’s Top Trending Movies during its Cannes premiere and was selected by movie star Geena Davis to be the opening night film for the inaugural Bentonville Film Festival Celebrating Women and Diversity. It played in theaters for 14 weeks, has been translated into dozens of languages and is available worldwide on all major platforms. 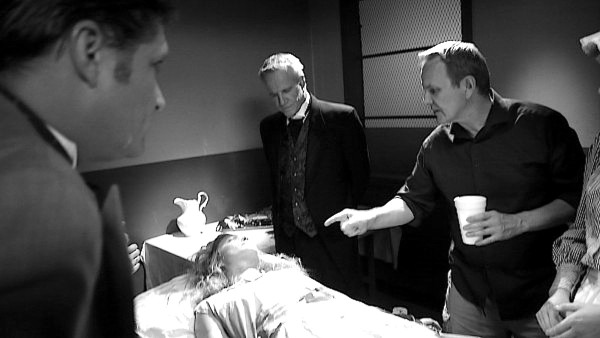 Above: Behind the Scenes Timothy Hines directs international star Christopher Lambert in 10 Days In A Madhouse.

Hines, who also wrote the screenplay, hand-chose movie star Christopher Lambert to play Dr. E. C. Dent, the supervising doctor running the Asylum for Women on Blackwell’s Island in which Nellie Bly was committed. 10 Days In A Madhouse is distributed worldwide by Universal Home Entertainment. 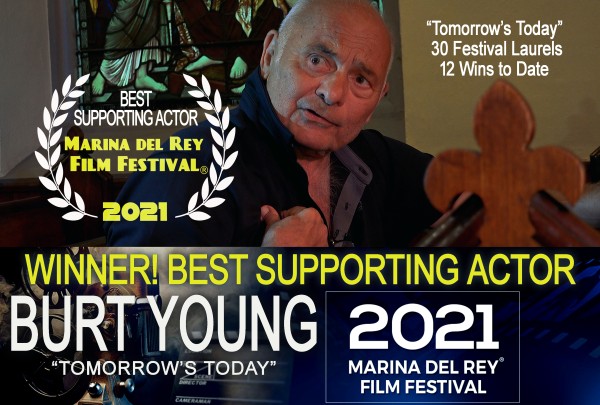 Above: Tomorrow’s Today has garnered 30 film festival Laurels and 12 Wins including (above) Best Supporting Actor Burt Young at the Marina Del Rey Film Festival 2021. Early reviews garner the comedy “Hysterical” and “Well worth your time”.

G.W. at Indiefilmcritics raved that this is “Not your typical gangster film. Rather, it is a delightful comedy feature that manages the convergence of humor and crime in the most hilarious way,” and that “Timothy Hines clearly demonstrates his apt directing skills.”

Carl Burgess at Screencritix remarked, “Tomorrow’s Today is a lot of fun. Thought-provoking and heartfelt.”

Timothy Hines’ Tomorrow’s Today is from a screenplay by Frederick Stroppel based on an idea by Greg Kritikos, with additional scenarios and dialogue by Timothy Hines, Joanne Scorcia and Teddy Smith, produced by Susan Goforth. Dominick Martini serves as Executive Producer. Producer Greg Kritikos. The film explores the story of two lovable Astoria, New York grifters who rob a liquor store to pay a gambling debt to a frightening mob boss only to find out the liquor store they rob is owned by the mobster.