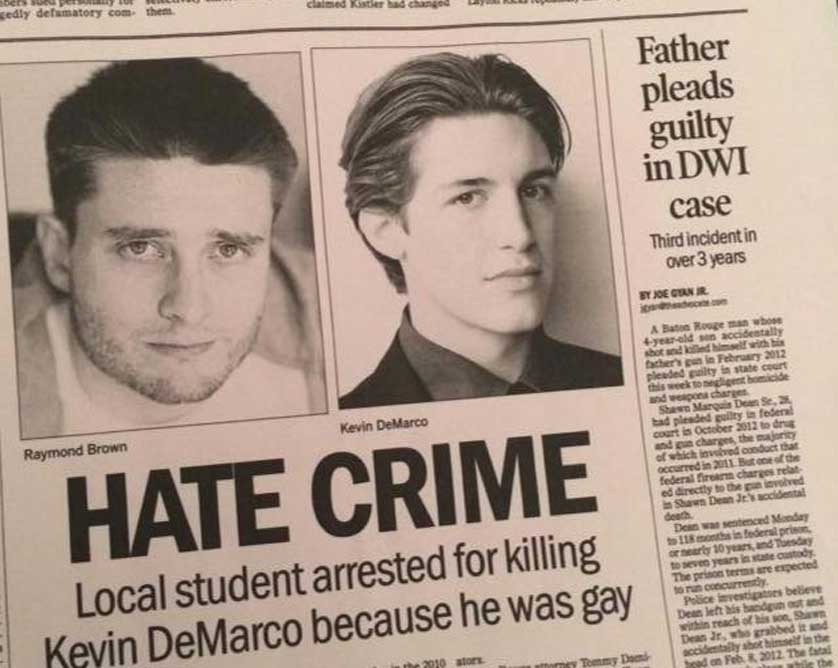 HATE CRIME // TRICOAST ENTERTAINMENT
Right out of the headlines, ‘HATE CRIME’ is an American tragedy – not just about politics, morality or culture – but about a family.

HATE CRIME deals with the aftermath of a crime committed by Raymond (Jordan Salloum), who is now sentenced with execution for murdering a young gay man, Kevin (Chasen Schneider). When the clock begins to ticks towards the midnight execution of Raymond, two sets of parents struggle to deal with the consequences of fear and repression as they find themselves on a collision course to confront how this happened and who is to blame. An emotional journey unveiled through jarring revelations, HATE CRIME comes right out of the headlines revealing a tragedy that happens far too often. More than simply politics, morality or culture, HATE CRIME is about the importance of family.

Threaded together with kinetic action and social, political and cultural controversies, HATE CRIME touches on the traditional, old-fashioned values regarding homosexuality. “They are forced to come to grips with the fact that their worldview, and their family, has changed forever, because something that they thought would never happen to them has happened. I think it’s just a film about you can’t deny who you are. And trying to do so will just cause your own self-hate and that hate will bleed out on to others,” stated Chasen Schneider to FilmFad.

Alongside Bernhardt stars award-winning actress/producer, Amy Redford, daughter of renowned of Oscar winning producer/director/actor, Robert Redford (Ordinary People, All The President’s Men, The Natural). Best known for works like Professor Marston and the Wonder Women (2018), The Guitar (2008) and Sunshine Cleaning (2008), Redford and the cast of HATE CRIME were prestigiously awarded as Festival Winners for ‘Best Ensemble Cast’ at the Northeast Film Festival. 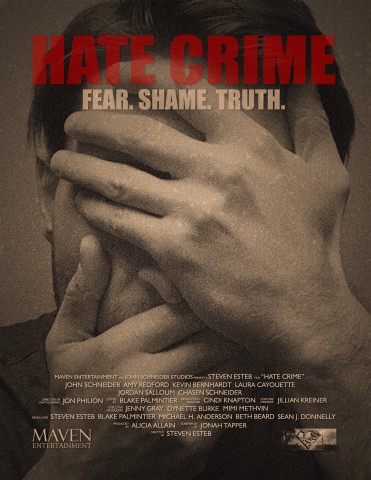