SHERIDAN, WY – 2 DECEMBER, 2022 – My Fan Tribe provides college coaches creative ways to increase their salaries and student-athletes to monetize their name image and likeness by partnering with their fans as non-accredited investors; launching on Super Bowl Sunday February 12, 2023. www.myfantribe.com 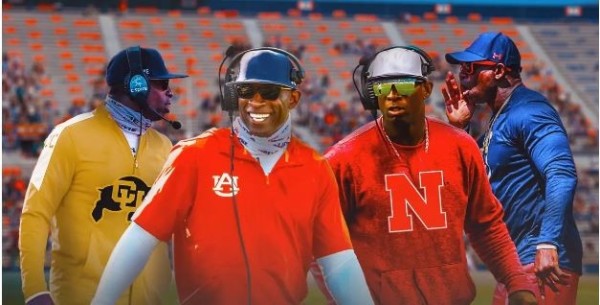 Sports fans in Jackson Mississippi have had a lot to cheer about in the past two years due to the stellar play of their football team. Reminiscent of the days when Walter Payton graced the stadium with his on the field swagger, and his off the field professionalism.

Many would say all this attention is the result of focus and an unwavering commitment to simply dominate their opponents. A mantra preached by coach Prime and his staff, who made “I Believe” a state of mind for the Tiger faithful.

But all that is being threatened as Colorado and other callers have put their bid in to get that Coach Prime shine resonating on their campus.

The launching of a new company called My Fan Tribe is positioned to give Jackson State and college fans nationally the power to retain their beloved coaches and players and attract other top talent to their programs in the future.

This attraction and retention is done by forming tribes of fans and other supporters who pay just a $97 investment to raise streams of income to fund coaching staff salaries and offer student-athletes seductive Name Image and Likeness (NIL) deals.

Think about it, to crowdfund $2.5 million for an athlete or coach all it takes is 9 players or coaches with 3000 active fans each that invest $97. In sports venues that house multiple thousands and athletes and coaches who have on average 2000 plus fans. The likelihood seems more than doable according to Opendorse.

The ability to leverage his policy means he can take loans without incurring income tax. And as long as he keeps his policy in-force, he does not have to repay the loan from the school until he passes on. A portion of the death benefit will pay it off.

This is definitely a win-win situation—where the school has a near-guarantee to receive their money back, they’ve secured Harbaugh as a coach, and Harbaugh gets the benefit of a policy.

There are of course stipulations to this contract. If Harbaugh leaves his coaching position before the contract is up, he will have to repay the premiums loaned to him upon termination or resignation.

Another scenario in addition to the Harbaugh case study as mentioned above could be funds raised by My Fan Tribe members, and invested by My Fan Tribes Acquisition partners, resulting in paying fans, coaches and players monthly cash distributions as passive investors.

Student-athletes are incentivized to stay out of the transfer portal and coaches have no desire to search for greener pastures, as their potential six or seven-figure residual income and policy support from the My Fan Tribe’s platform would terminate if either student -athlete or coach transferred to another school.

Kate Tulenko is a labor market and workforce expert. “The situation with Coach Deion Sanders boils down to a retention issue. I do think smaller schools like Jackson State can retain high-value talent such as Coach Sanders, but they have to be creative. Coach Sanders has said that the move to a power 5 school won’t change his life, instead, he has indicated that his main motivation for entertaining changing schools is increasing the salaries of his coaching staff. Most schools have tapped out how much their alumni can donate, but there are other alternatives to increase sports budgets. Collectives can leverage their base to raise money and invest to create streams of income to fund the coaching staff salaries and facilitate NIL deals for athletes.”

My Fan Tribe is accepting limited application enrollments for its beta program currently on its site. The official launch will be on Feb 12, 2023, Super Bowl Sunday.