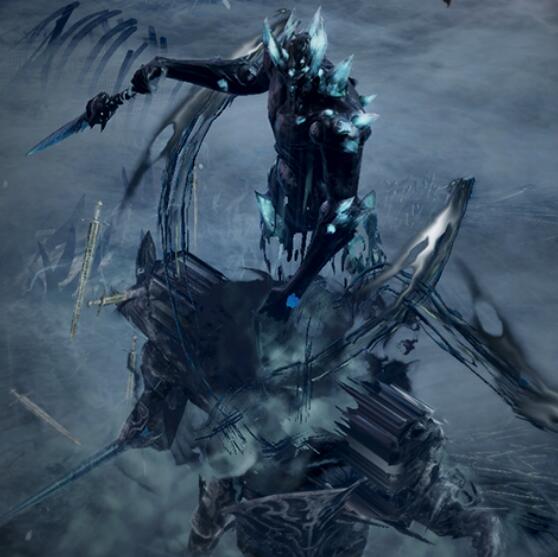 People always think. When you become uneasy about real life and start to break your worldview, as you continue to explore the meaning of people, until you break that mirror, you finally find that “Everyone here knows everything about you, here Everyone is pretending … “

The new Spring of Path of Exile – Delirium season will officially begin on March 13, 2020. Step into the incredible phantom world, witness the birth of fear and overcome it!

You will encounter the “Mist of Amazing” during the Delirium season. The misty erosion will not only bring many new boss battles, but the existing enemies will also gain fierce power. These terrible monsters lurk in the rare and legendary monster group.

Feature one Mirror of Delirium

Dig deep into the Mirror of Delirium to find SIMULACRUM SPLINTER, and combine them to produce The Simulacrum. It will open a portal and survive the final encounter with Delirium.

Using Orbs of Delirium on Atlas Map can control the strength of Delirium. Under the influence of an Orb, you can make the entire map instantly become a country of Delirium for the duration. A single Orb can generate a challenging encounter, and five Orb (up to five) can give a map of the ultimate difficulty and ultimate reward.

Putting Cluster Jewel in the Passive Skill Tree’s outer jewel slot can expand the Passive Skill Tree, can also make mods and strengthen the resulting talents, gain capabilities from 280 new notables. Even connect additional sockets to deeper nesting. It is a significant improvement in custom Poe 3.10 Builds after the introduction of Ascendancy Classes!

In the Atlas map of Delirium, conquerors will be met after completing five Maps. At the same time. Reintroduced Sextant can be upgraded with 3 for 1. It created extra incentives to reach higher Awakening levels, revamped Vaal side areas in maps, improved the Temple of Atzoatl, and more.

The Delirium season will bring four kill Gems and three new Support Gems. Adhering to the classic style of Path of Exile, their designs are more focused on diversity, which is in line with a variety of gaming experiences.

It’s time to say goodbye to the past uniform activities! In the Delirium season, we will usher in a new dispatch-based event, “Mist of Oria.”. You will play in the city, send Zana to complete various affairs, assist you to jointly manage Oria under the mist, gradually solve the mystery of Oria, and have a chance to get multiple benefits, including Delirium’s new season fashion !! What are you waiting for, Oria’s puzzle is waiting for you to solve it!

In the first month of the season, we will open a limited-time free entry event for God-given service. During this period, new players and temporary players can enter God-giver for free to familiarize themselves with the game quickly. During this period, the “Onslaught” affix will Turn it on, increase the attack speed, release speed, and movement speed of the exiles, and significantly improve the smoothness of land reclamation by the gods. Don’t miss it. At the beginning of Delirium, the demand for Poe’s currency is high, so Eznpc to stock enough Path of Exile Items for Players. More information coming to visit Eznpc.com