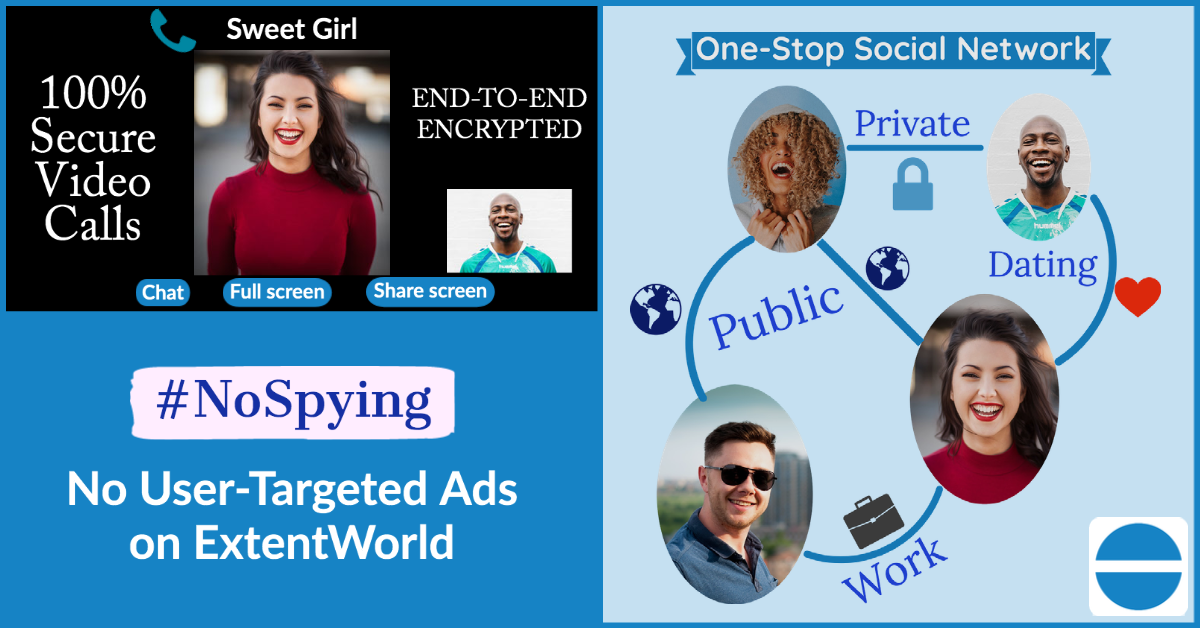 USA – ExtentWorld has recently launched a new social media platform that rivals Facebook’s privacy policy. The new platform was built by University of Connecticut’s Computer Science and Engineering graduate, Hieu Dinh.  According to him, ‘ExtentWorld is the one-stop social media platform that aims at protecting user private data and rewarding users for their engagement on social media. It provides the core functions of major social media sites (Facebook + Twitter + LinkedIn + Match.com + Craigslist.com, etc.) without spying or targeting users with ads.’

The platform allows a user to create multiple types of profiles with an account. These profiles include the Public profile which works like Twitter, the Private profile which can be used like Facebook and the Work profile which can be used just like LinkedIn. In addition, Dating and Academic profiles are included.  In honor of their privacy policy, ExtentWorld has built-in video calls that are end-to-end encrypted, which according to research is the highest level of security for messaging services.

ExtentWorld strongly believes that your private data belongs to only you and you should get rewarded for your time spent on the internet. Therefore, the platform allows its users the chance to monetize usage by viewing ads (if they opt-in) and/or pricing their content (so other users would have to pay them to view their content). Again, users are not only rewarded when they view ads, they are also rewarded with eShares when invite a friend to join. Prospective users are however rewarded with eCoins when they sign up.

N/B: The team at ExtentAWorld was kind enough to distinguish that these eCoins are not cryptocurrency in any way. The IRS supports this fact with a post distinguishing between cryptocurrency and virtual eCoins.

The eCoin is ExtentWorld currency and can be exchanged to USD at 1 eCoin to $0.1. It can also be transferred between ExtentWorld users, used for payments on ExtentWorld and can be used to purchase eShares. As implied by the name, eShare is pre-IPO ExtentWorld share which will be converted to common shares on stock exchange.

About 6 years ago, Hieu Dinh, who got a Ph.D. in Computer Science and Engineering from the University of Connecticut in 2013, realized how Facebook collected users’ private data to make profit, by selling users’ private data to advertisers. As he thought such a practice is unethical, he quitted using Facebook and had an idea of building a new social media where users would be rewarded for viewing ads. This birthed ExtentWorld. The company is now run by Dr. Hang Dinh, an associate professor of Computer and Information Sciences at Indiana University South Bend.