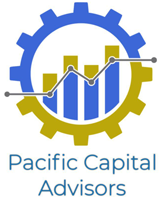 The New Year, which also doubles as the start of a new decade is only a couple of days away, and economic experts across the globe have expressed their views about the outlook of the economy in 2020, factoring current happenings and their effect in the coming years.

According to Brad Setser, Senior Fellow for International Economics, Council on Foreign Relations (United States), the world should “expect more of the same in 2020.” “In many ways, the most interesting questions for 2020 do not come from the United States, but from the other main poles of the world economy. The eurozone in general—and Germany in particular—would benefit from a significant fiscal stimulus, and both the eurozone and Germany have the fiscal space to launch one. A big question is whether German politics will shift as Germany’s export slowdown continues to bite. Another question is what will happen to China’s trade: Chinese imports fell sharply in 2019—total imports, in terms of volume, are down around 2 percent—and tracked well below China’s reported overall growth. If Chinese imports grow at the pace of the country’s economy in 2020, that could provide an important global boost; it just isn’t likely,” said Brad.

Another notable name in the global economy, Roland Rajah, has said that “2020 Will Be a Watershed Year for the Global Economy.” “A prospective phase-one deal between the United States and China could provide some temporary relief. But it will not address U.S. demands for deeper structural reforms to China’s economy, nor will it alleviate geostrategic pressures to decouple the two economies in a variety of areas, notably technology,” said Roland Rajah, Director of the International Economy Program, Lowy Institute (Australia). “The 2020 U.S. presidential election could also be a watershed moment, signaling whether the kind of economic openness and cooperation that has driven global growth in the past can remain largely intact,” Roland continued.

Ye Yu, Associate Research Fellow and Assistant Director of the Institute for World Economy Studies, Shanghai Institutes for International Studies (China), have expressed her view of the global economy in 2020. According to her, “Expect Sluggish but Resilient Economic Growth.” “Due to a number of geopolitical and geoeconomic challenges, the global economic growth rate is nearing its lowest rate in two decades. While advances in technology continue, they have not yet translated into higher global productivity,” said Ye Yu.

For more information about the happenings in the financial world and the services offered by Pacific Capital Advisors, please visit www.pacificcapitaladvisors.com.