World-renowned musician and orchestra conductor, Ennio Nicotra, talks about his love for music and his time with the legendary Ilya Musin at the St. Petersburg Conservatory

Ennio Nicotra is arguably one of the best conducting teachers in the world, with the popular orchestra conductor attracting tons of music enthusiasts from different parts of the world. The world-renowned musician studied under the legendary Ilya Musin at the St. Petersburg Conservatory and currently offers master classes in various countries, with his courses receiving a $1,000,000 sponsorship. In a recent interview, Ennio Nicotra revealed some unknown details about him and his journey to becoming a popular musician. 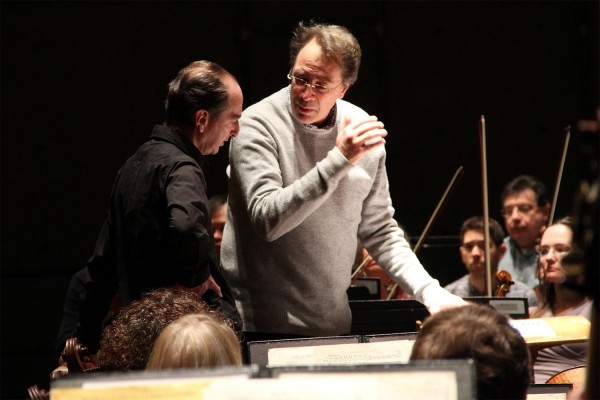 “I began studying music in the conservatory of my city sure that I could then face orchestral conducting, but the years passed and I put this dream in the drawer, although from time to time sadness seized me. A couple of weeks after graduation, I became friends with a young conductor of the Bolshoi theater who came on tour to Palermo, Andrey Tchistiakov who introduced me to the great maestro Ilya Alexandrovich Musin,” said Ennio Nicotra.

Ennio’s music career turned around for the better on February 17, 1989, after he arrived in St. Petersburg following Musin’s request to meet him and see him conduct. The meeting was the convinction Ennio needed to affirm the correctness of his decision to be a conductor, as Musin eventually invited him to be a part of his class. It has been a rollercoaster journey to stardom for Ennio, growing up amidst the Russian-Perestroika crises and struggling to put food on the table, and wandering around on cold nights.

The experiences of Ennio Nicotra growing up have contributed immensely to his success as a musician. The St. Petersburg Conservatory has particularly influenced his career as a musician, listening to violin students practicing in the corridors, an experience he claims helped him to discover the beauty and purity of the sound of this instrument.

Ennio Nicotra has transitioned from being a student of one of the greatest entertainers in world history to becoming a teacher and sought-after orchestra conductor. He has shown his mastery of the Musin approach while integrating contemporary methods into the movement.

“It was wonderful to attend the online seminar. I loved it. Brought back many memories, and I saw so much of Musin in Ennio’s demonstrations,” said Andrè Strydom (USA).

For more information about Ennio Nicotra and his works, please visit – www.musinsociety.com.