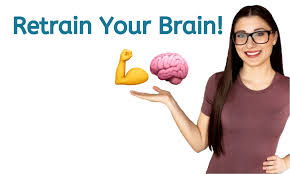 “What is the meaning of my life?”… That may be the most-asked question of this time. Possibly even more asked than previous generations. Wouldn’t you agree?

There has been an influx of YouTubers, Instagram influencers, and bloggers heavily discussing the meaning of life. Why do you think it has become such a prominent topic?

Social Media Depletes us of Meaning

With the rise of social media in the 21st century, people are being bombarded with status updates, selfies, memes, and 15-second videos. Whether it be Instagram, TikTok, or Twitter, social media has created platforms for young people to be scrutinized and bullied, but also to be praised and glamorized.  And interestingly enough, each time praise or glamour is delivered to a social media user, a shot of dopamine is delivered to the brain creating an unhealthy addiction to attention.

This addiction to attention creates a dangerous focus for the social media user; through comparing one’s social media faҫade with that of others’, thoughts like “I must become prettier” and “I have to be funnier” push a user’s focus toward what they lack in life in order to garner more attention.  Sadly, this focus on “lack” will lead a person to believe they are never enough, therefore depleting self-worth and self-confidence.  This focus on “lack” leads toa belief that there is more to life that has yet to be achieved – a spectacular meaning that will be revealed to them making their struggles worth enduring. Social media is leading people to the idea that the grass is greener on the other side, emphasizing a quest for unauthentic meaning in life.

We Have Nothing to Worry About

Oh, the 21st Century… I think we can all agree that this is one of the best (if not the best) times to be alive.

At least in Western culture, this generation does not know what it is like to live through war, suffrage, segregation and Jim Crow laws, nuclear threats, a Great Depression, or a dictatorship… so yes, it is a pretty damn good time to be alive.

And because we are so lucky, we have no idea what horrible experiences of suffering are like. So, although the negative experiences of young people nowadays might be minor, without any worse experiences to compare to, minor problems become “like the worst ever” and people “just can’t even.”

It seems like people don’t realize how good they have it in the 21st century.  Values such as marriage, sex, religion, and science are being taken for granted time and time again. And without a solidified set of life values, young people don’t know what to live for anymore. So, it’s no surprise they are persistent in seeking-out a grander meaning in life.

No Community, No Meaning

Out of fear of being offensive, people are becoming more agnostic when it comes to choosing values and opinions in life.  As a result, these people who have no in-group, no uniting ideas, and no sense of shared culture will feel like outsiders in their lives. Additionally, the constant comparisons of social media faҫades have increasingly led people to be less connected to each other.

Feeling unconnected is lonely and isolating. People want to be loved but they forget they are responsible for finding others with shared values who will love them. An absence of community is creating enemies and animosity, which is again emphasizing “lack”. With no sense of providing to a greater community, people feel an absence of meaning in life.

But Here’s the Thing…

In the book Man’s Search for Meaning written by Viktor E. Frankl, Frankl reflected on the authentic meaning of life by analyzing his experience in Auschwitz and other concentration camps during World War II. What he discovered was, meaning is the tension felt by someone based on who they are now and who they care to become in the future.

It is natural for someone to think of their future. I mean, who doesn’t want to better their life? But when the focus is future-oriented instead of present-oriented, you fail to see that the true meaning of life is in your full control. If you want to better yourself in the future, you must create that for yourself. If you want to have meaningful experiences, you must figure out how to make them meaningful. There is no grand meaning of life meant to be discovered.  Rather, a meaningful life is one which must be forged.

Meaning is created through focusing on abundance in the present, staying true to honest and moral values, as well as by taking full advantage of your capabilities in order to better yourself in the future. So if you want to create meaning in your life, start thinking about what values you represent and who you want to work hard to become.

And as always, have a Happy Monday.

*Ella Sofia, M.A. is a writer, speaker, and coach at www.retrainyourbrain.ca