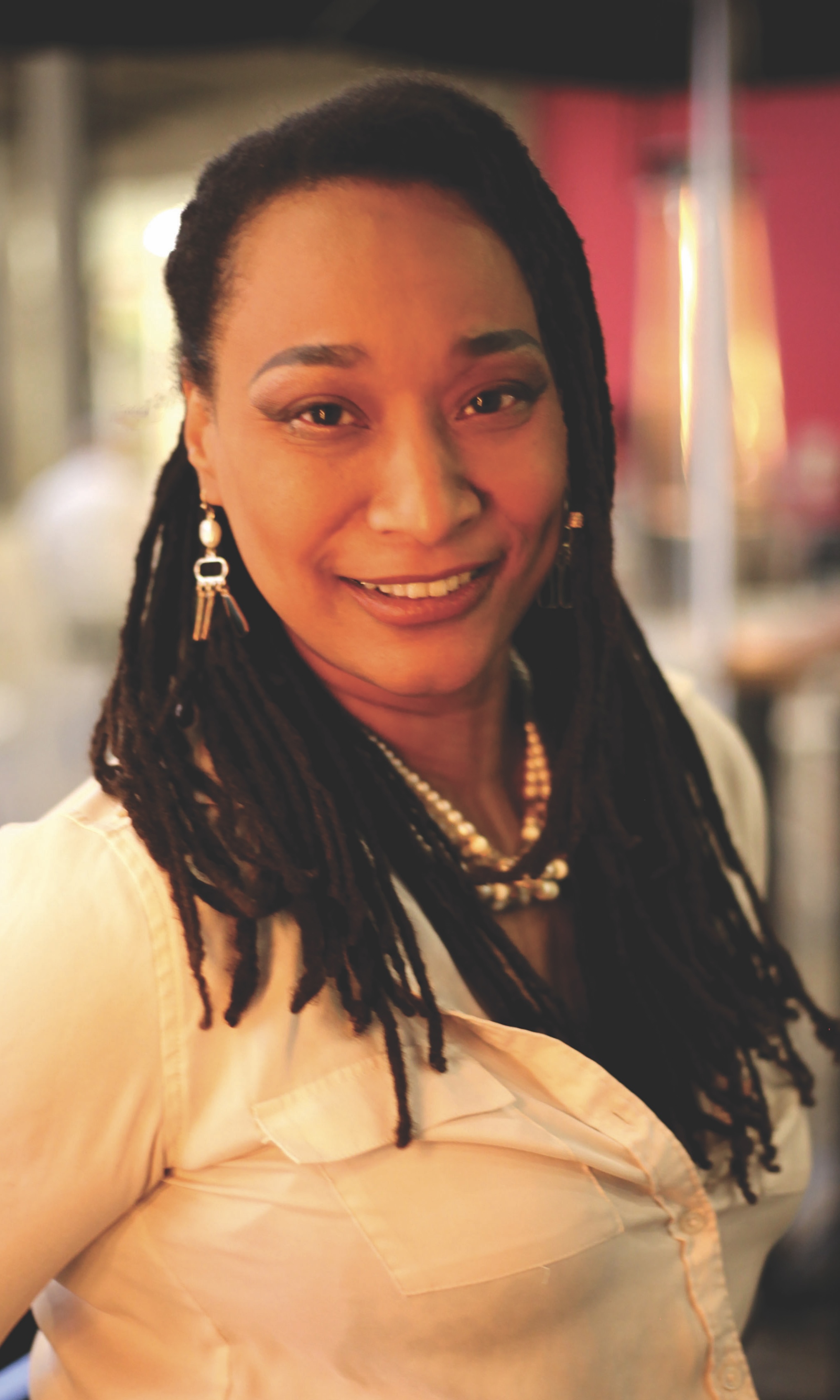 It’s Full Speed Ahead despite the challenges of Covid for Keri Freeman, publisher of Downtown Weekly LA, a Los Angeles based newspaper known for sharing news, events and hospitality reaching over 2mil people a year is winning the fight to diversity downtown Los Angeles media.

Los Angeles – December 18, 2020 – Keri Freeman is the publisher of Downtown Weekly LA, a Los Angeles based newspaper known for sharing news, events and hospitality reaching over 2mil people a year is winning the fight to diversity downtown Los Angeles media.

Freeman started the newspaper in 2016 with the Intention of promoting a diverse and healthy DTLA. Since it’s become a premier source for local news and a light-hearted glimpse into the rise and fall of downtown Los Angeles.

Downtown Weekly is Freeman’s fifth publication and community resource. The Gallery Row Art Walk News (TheGrawn) established in 2009, centered around art and music and the then booming Downtown Los Angeles Art Walk, an event that hosted 20,000 people a month in the newly forming Historic Core, only to be abandoned after an accidental child death in 2010.

As galleries closed and the ArtWalk numbers dwindled, the tiny Historic Core District paper was forced to seek support from local businesses outside the art walk gallery realm and it worked out nicely.

In 2013, Downtown Appetite the Minizine which featured some of the newer eateries that were springing up across town.

Downtown Appetite the MiniZine was a success, managing to capture culinary experiences from each district. It’s pages included the now famous photo of Police Chief Michael Moore (before he became chief) holding a Giant Tostada and interview with the grandson of Clifford Clinton of Clifton’s Cafeteria.

Facing the realization of a dying Artwalk, Freeman petitioned the city to allow artists back inside the artwalk perimeter and on private parking lots for live music and street art vending opportunities.

In 2014 she would take on the task of producing outdoor Art Walk events while juggling the demands of publishing monthly.

In the months that would follow, Freeman would find throwing a successful 3000 person Art Walk event and publishing a minizine would become too complicated, so Freeman took a break from publishing for another two years to save the DT Art Walk.

Art Appetite was photographed many times and used to represent the Downtown Art Walk in the pages of the LA Times, LA Weekly, Downtown News, LA Magazine and National Geographic with never a mention of its African American event coordinator who took on the expenses and the risk to host Art Walk’s last remaining outdoor event.

As Art Walk continued to dwindle, Freeman once again set her sites on publishing, and Downtown Weekly LA was created in late spring of 2016.

“There was a lot of opposition to the Downtown ArtWalk Event because of the outsiders who would come into town, the Neighborhood City Council was against the event, so fighting to keep it alive was pretty pointless.

“But, it was all worth it just to see people of different ethnic groups, economic groups, ages, genders, black, white, yellow and brown all getting together on my lot. Dancing, eating, and loving – And in all that time not one problem.”

Around about the same time is when Freeman noticed something odd reoccurring stereotypes on a few of the websites used to market the city and in the local media.

People of color were only being posted on the sites as janitors, entertainers, troublesome, and homeless, while others were being posted as downtown’s happy new inhabitants, movers and shakers, VIPs etc.

When complaining proved futile, Freeman used the next four years making entrepreneurial sacrifices that would push her body, mind and spirit to the limits creating Downtown Weekly LA and it eventually paid off.

Today, Freeman publishes the number one diverse publication in downtown LA. First to print a Hindustani on the cover, first to print a Moslem, first to print black Americans in groups over 3 on a cover. First to establish a designated column for women, gays, blacks and Latinos in a newspaper specifically catering to Downtown Los Angeles.

“They say ‘hard work builds character.’ I say, No it makes you relentless and bitter, especially when you know your worth and others try to take it away from you.

“You want to know what builds character? Pulling yourself up by your boot straps, getting knocked down time and time again only to get back up determined to succeed against all odds. Being able to generate income out of nothing. It’s in those moments you discover just how strong you are – and realize every battle you lived through has made you Stronger – that’s what builds character. Then you know your true worth.”

It had taken just under 4 years to establish the Downtown Weekly as a valued community resource with over 150 locations when Covid 19 hit.

In January of 2020, Freeman along with a team of rotating freelancers had a list of supporters willing to help push the Downtown Weekly to the next level.

“We really set an example and we started to notice the websites and other newsprint publications in town following our lead. It took about 3 years but when they found out diversity was our secret sauce, their competitive nature seemed to push them to it.

“The killing of George Floyd and the BLM protest that scorched the town also helped a lot. It seemed to become trendy to support diverse imagery and I have to say I am proud of the other publications and DTLA marketing websites that stood in solidarity to brown and browner people in the summer of 2020.”

Despite being the most diverse, Freeman says the Downtown Weekly was never meant to showcase one group over another, but to show all of us; white, and the brown and browner together getting along, having a good time and loving each other in our community, as an ultimate homage to the Art Walk event that once proved we could all do just that.

“I should have never had to fight to do this, but that’s what it was at the time.”

Undoubtedly, Freeman paved the way for diversity in DTLA Media, 3 times recognized by the City of Los Angeles, and as the first African American Female to publish a downtown Newspaper in 100 years; it’s a proud achievement.

“It’s got its ups and downs. Lots of times being treated as a major newsprint publication when larger companies want free press but being treated like some troublesome blogger by the same companies when we ask them to support us with advertising.”

Yet, after everything Freeman has accomplished through the hardships one thing is clear; despite opposition the show must go on, and she continues to bond what’s left of the DTLA community during the era of COVID.

“It boils down to what I can offer to the businesses that trust me. I run a service and the question the customer wants to deal with is, not my skin color but, does my service work?

“And I can answer yes! And be number one because I deserve it. Having all the different ethnicities representing a healthy and diverse DTLA is just the icing on top.”

These days Freeman and the Downtown Weekly Kingdom (as she calls it) are working around the clock to keep up moral in a community being crippled by COVID 19.

In edition to producing uplifting articles, Downtown Weekly LA has been collaborating with over a dozen local businesses to offer product specials and Downtown Weekly branded menu items. May we suggest the DT Weekly Kobe Taco in honor of Kobe Bryant at Cilantro Lime? It’s guaranteed to make the finals. There’s also the “DT Weekly Surf and Turf Burger” at Rappahannock inside the Row, the “Liquid Purp Cocktail” at Limericks Tavern in the Financial District and “Chinatown Smokey Pelican” at The SongBird Cafe which comes highly recommended.

There are also a slew of creative videos in the works as part of Downtown Weekly’s CrowdFunding “Full Speed Ahead Campaign” that showcases local businesses inside of branded short films proving once again there’s no limits to the creativity behind the young multi media platform.

Follow Downtown Weekly LA on Social Media #dtlaweekly and check out the site at www.dtlaweekly.com