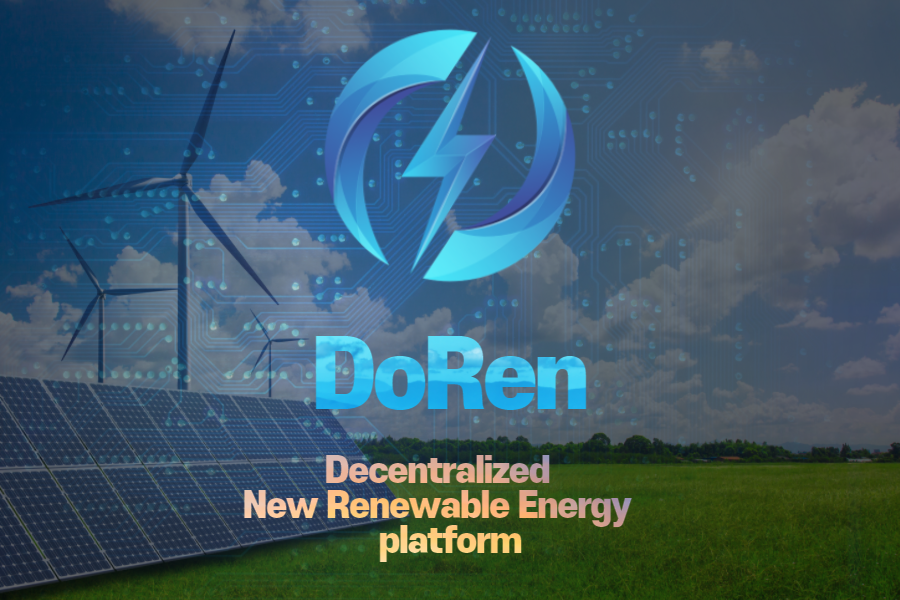 The DoRen project is a decentralized energy project to mediate and trade transparent and reliable content using blockchain technology for new renewable energy data produced at small power plants at a national level.

Recording the generation data about renewable energy such as wind, solar, geothermal, and new energy such as fuel cell and hydrogen for small power plant in the blockchain, and provided transparent and reliable new renewable energy integrated control and mediate services on the DOREN platform to resolve existed energy market issue such as no data reliability due to central system management, lack of integrated control of small power plants and no existing intensification of asymmetry in info by country on a global scale. 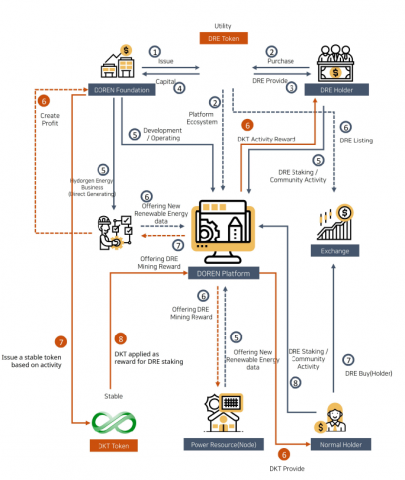 The DoRen project does not stop only with these transparent and reliable new renewable energy control and mediation services, but also independently conducts hydrogen fuel cell energy generation business being actively pursued in countries around the world. This aims to reduce uncertainties in profits that can occur only by with power brokerage businesses, and do our best to activate the platform, and increase profitability for DRE token holders.

In addition to the integrated control and mediate service of renewable energy, other services such as DRE staking, participation in power generation nodes, and communities related to new renewable energy are provided to revitalize the token ecosystem and draw public attention to renewable energy.