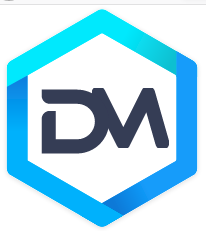 DMtrans is a comprehensive and effective iOS data transfer tool. It can transfer and mange data of iPhone, iPad, iPod touch easily and fast.

The software is comprehensive software to transfer and manger iOS data. It can fully support iOS devices, including iPhone, iPad, and iPod touch. It can transfer the data easily from one device to another. What’s more, the software can export data from iOS device to computer as backup. If there is useless data on the iPhone or other iOS device, it’s able to remove these unwanted files in bulk to free space fast with this software.

There are many kind of files that can be transferred by the application. It can transfer photos, videos, audio files, e-books, messages, contacts, etc. By using this software, users are able to manage or transfer different kinds of data easily on computer.

The iOS data transfer tool can not only transfer data, it can also edit your data on iPhone. For example, it can add new contacts to the iPhone directly on computer. In addition, users can download audio or videos to iOS device or computer with the software.

In general, the software provides different options for users to transfer/manager iOS data on iPhone, iPad, iPod touch. It’s able to export iOS data to computer, or import data from computer to the iOS device. If there are files useless, it’s able to remove the files simply. It can also edit existing data, like contacts on iOS device directly. Also, it acts as media downloader.

Donemax was established in the year 2019. As a creative and imaginative software developing company, Donemax is committed to providing advanced and versatile applications for users to boost productivity.