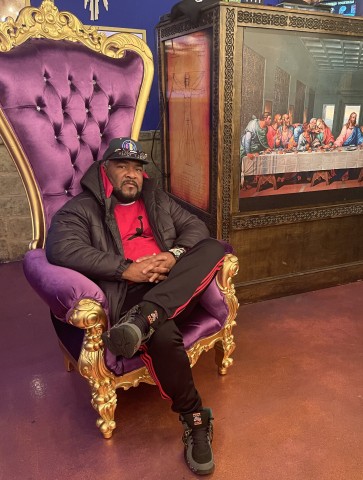 Gifted Jamaican artist Don Karlito is set to launch his new melodic single titled “The Christmas Cure,” an inspiring, melancholic appeal to the world to spread love and end wars this Christmas.

The faith-based inspirational song—to be released on October 14th 2022 on all platforms—is a Christmas music generously laced with soulful piano melody in the background. Don Karlito’s song is coming at an opportune time, with parts of the world in conflict and turmoil, chief of which is the Russian occupation of Ukraine. His song is a clarion call for warring nations to end all wars, embrace peace, spread love, and accept Christ, for Jesus is the cure.

Growing up in war-torn Kingston, Jamaica, in the early seventies, Karlito ran the streets and was constantly involved with the wrong influences, learning the hard knocks of life. As a result, his early stories epitomized his experiences.

It would seem Karlito was destined for music. He started as an apprentice artist, hanging out with seasoned Dancehall artists like Beenie Man, Capleton, and Michael Buckley. The environment Karlito grew up in wholly influenced his music genre. “I didn’t choose Dancehall music; Dancehall music chose me. I grew up around several artists in Jamaica who all performed for a living, which intrigued me, causing me to pursue this career path,” he said.

Going by the names Dutch Diamond and Vblock Dutch, Karlito released over 100 songs on all platforms in the Dancehall and Hip Hop genres. So when the word got out that he was ready to change his stage name to use his childhood nickname Karlito (meaning little Karl) and use his voice to be a positive force for good and speak to the issues that afflict our world, we had to spread the word.

Don Karlito revealed that his proudest moment in music so far is scoring a chart-hitting Afrobeat single, Son Of A Beat, which made the Top 20 on the iTunes Charts in 2021.

Don Karlito is not limited to music only. He’s spread his creative tentacles to other ventures. He’s the CEO of VBlock Entertainment, a record label located in Raleigh, North Carolina, and also the owner of Buzzspinn Media, a Social Media marketing company.

Don Karlito’s current music project is “Mr Green On It”  an original Hip Hop influenced Dancehall project that is out now on all platforms. But while that project is still in the works, The Christmas Cure has taken precedence as precisely what it’s called: a cure and a roadmap for fixing the dire situations affecting Africa, Europe, and South America. The whole world has gone mad. Jesus is the cure!