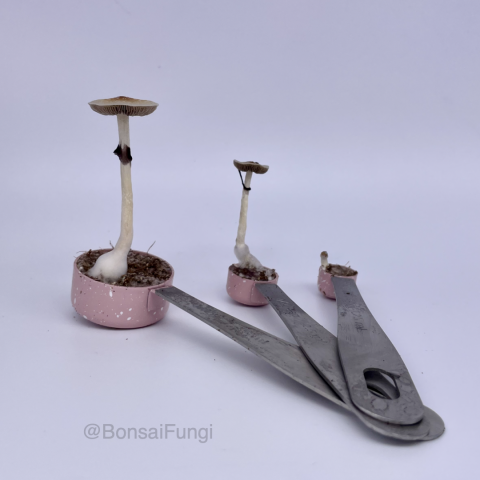 Social networking has opened them access to forms of art that were previously unimaginable. Growing mushrooms from common and uncommon home materials and creating compositions is a fun art form invented by Bonsai Fungi (BF for short). A quick search for the hashtag #mushroomart they used on their page turned up hundreds of thousands of pictures. The majority of these pictures were animated or sketched, but BF added a more uncommon type of mushroom art by photographing their mushrooms in vibrant containers. He employs a variety of objects to create his compositions, including baby shoes, ceramic frogs, goldfish cracker cartons, baby shoes, glasses, candy containers, legos, and even eggshells.

A very specific audience of roughly 7000 individuals who are interested in mushroom art makes up Bonsai Fungi’s clients. You can see how BF’s fans engage with them in the comments and give them praise for their clever and perseverant effort with mushroom cultivation. BF briefly describes the object the mushroom is growing out of in their posts. For instance, BF commented “One extremely tall mushroom growing from a bottle that once housed extra strength acetaminophen caplets” after growing a mushroom out of a pain medication bottle. A close-up, a birds-eye perspective, and a Rubik’s Cube for size are included in additional images.

Although this mushroom is one of their taller entries, it is clear that Bonsai Fungi values scale and measurement. Although it is unaware of the intricacies of each mushroom, it is intentional for many of them to look distinct from one another since a person who enjoys fungi as much as you will be able to identify the many types of mushrooms. 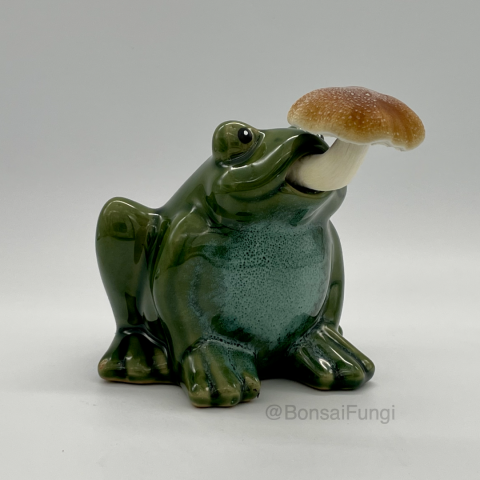 This is undoubtedly a new field of art that has not yet been investigated, but research has shown that it is a highly developed and specialized art form. Visit Bonsai Fungi’s Instagram “@bonsaifungi” to see some of their works.