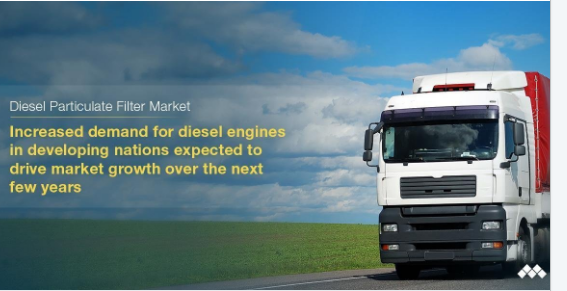 Silicon carbide is a major substrate used for DPF other than Cordierite. The Silicon Carbide DPF substrate has a uniform pore structure due to better control over the raw materials and its manufacturing process compared to cordierite. This enables it to trap particulate matter consistently which leads to safer regeneration. Silicon carbide has a higher filtration efficiency than cordierite substrate. This substrate can withstand temperatures as high as 2200 degrees Celsius. This makes it less prone to melting at high temperatures. It has higher mechanical strength, chemical stability, thermal shock resistance, and thermal conductivity as compared to cordierite.

The Asia Pacific DPF market includes China, Japan, India, South Korea, Indonesia, Thailand, and others. Consumers in the region prefer compact and cost-effective cars. Factors such as low production costs, availability of economical labor, lenient emission and safety norms, and government initiatives for FDI have led to the region witnessing higher growth than the matured markets of Europe and North America. Vehicle production in the region has increased from 45.6 million units in 2012 to 53.4 million units in 2017, at a CAGR of 3.2%. The diesel vehicle penetration for passenger cars in the Asia Pacific varies from country to country. In South Korea and India, it is higher at 25-30%, whereas in Japan it is the lowest at 5-7%. In China, it is at 10-12%. In the case of LCV, diesel penetration is higher in India, Japan, and South Korea at 85-90%, whereas in China, it is at 70-75%. China and India have the highest vehicle production in the region. However, they have limited penetration of DPF due to lenient emission regulations. This scenario is projected to change as both countries have decided to implement stringent emission regulations post-2020 to tackle the rising air pollution levels. Hence, the demand for DPF is estimated to increase in the Asia Pacific region during the forecast period