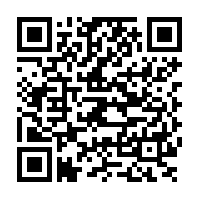 Lawrenceville – March 2, 2020 – The number of corona virus confirmed cases now stand at 85,641 all over the world according to World Health Organization. 79,394 of those cases were in China alone and the virus has now surfaced in 53 countries. Death toll stands at 2,933 with 15,000 new cases recorded on Feb 13th, 2020 alone. The February 13th number was the highest and many believed it was because of the revision of the method used to report the infection on that day. However, on February 26th, Npr.org reported that the number of reported cases outside China surpassed the number reported inside china for the first time. On February 26th, China reported 412 new confirmed cases while the total number of new confirmed cases worldwide on that day was 991. The rest of the world reported 579 new cases according to World Health Organization. However, on February 29th, the total of new confirmed cases worldwide was 1,000 while China reported only 329. The rest of the world had 671.

On February 28th, Fortune.com published an article claiming that Tim Cook (Apple CEO) said Apple will be re-opening factories in China as China appears to be keeping Corona virus under control. The question is what happened? Did they discover the panacea? An article published by Advance Publication in Bioscience Trends on February 19th, documents what changed and I think the world should learn about this very fast as the virus is fast spreading to countries that can least handle the epidemic. You can read the article at this link (https://busuyiguitar.com/en/free-stuff/201-corona-paper-chloroquine.html). What changed is that China’s effort to find effective drugs against the virus uncovered the marked efficacy of Chloroquine phosphate (an old malaria drug) in treating corona virus pneumonia. Clinical tests were then rapidly conducted in 10 hospitals at the epicenter of the outbreak. Following the outcome of the test, the State Council of China held a news briefing indicating that the drug has showed marked efficacy in treating the disease. The drug was then recommended for inclusion in the next version of the Guidelines for the treatment of Pneumonia caused by the Corona virus. We hope this information can be shared rapidly so the world can get rid of this menace as soon as possible.

Associate Prof. Isola is not a medical professional; he is a professor of International Business currently based in China. He is the CEO of Busuyi Guitars; the company that invented double sided guitars. Please follow the link provided to find out more about this new potent weapon against Corona virus. You could save lives.