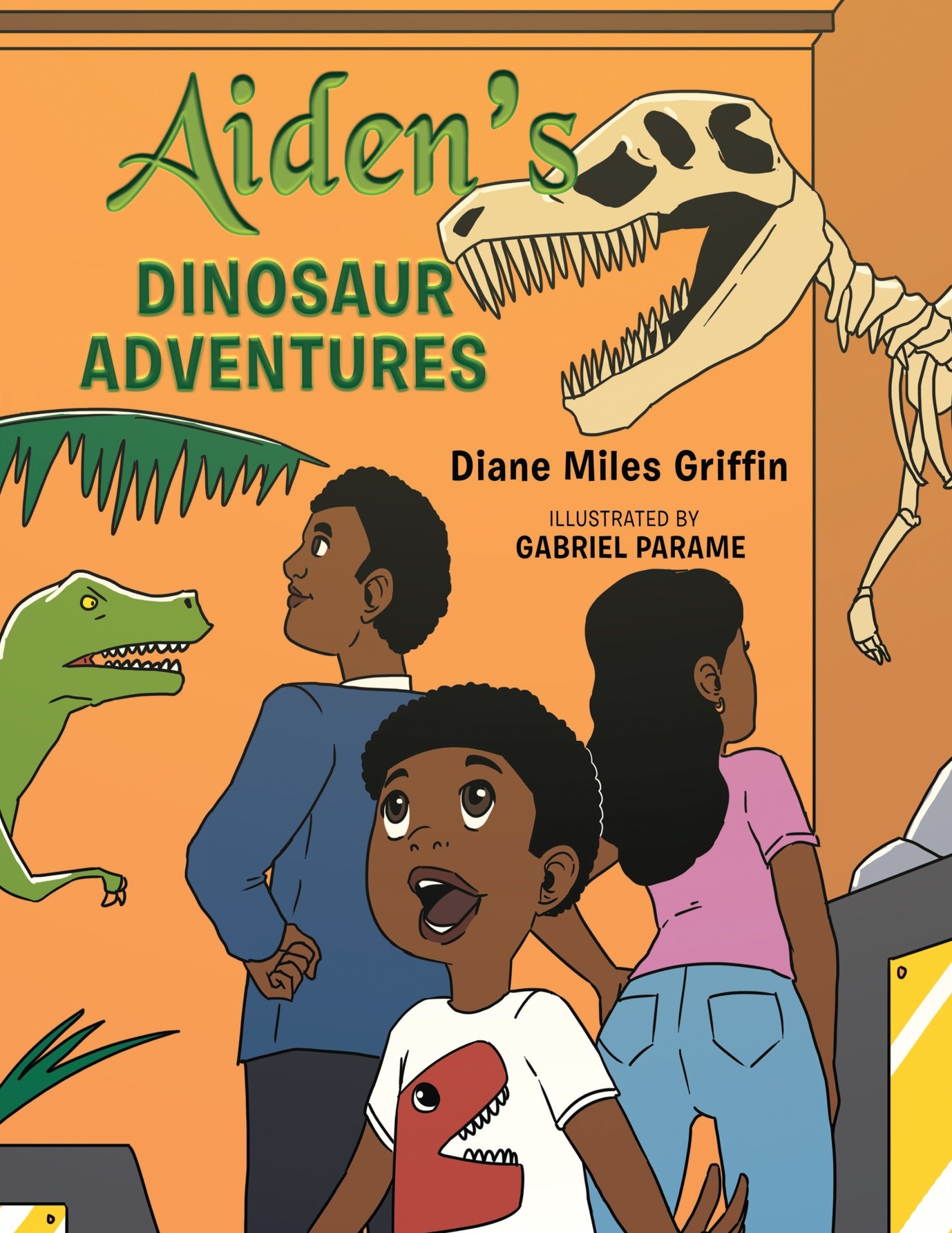 While dinosaurs had been extinct for several million years, their traces can still be found across the planet. Scientists continue to study these massive ancient creatures with the hope that their existence and extinction will provide a valuable lesson for humanity on survival.

Aiden’s Dinosaur Adventures tells of an active three-year-old who loved dinosaurs. He takes a trip to the local museum where he learns about some of his favorite dinosaurs in their natural habitat. He gets to dig for dinosaur bones along with other fun activities. Outside he bounces in the bounce house, slides down a giant dinosaur slide, and rides on the dinosaur train.

The book is targeted at children aged 6 to 12, ‘Aiden’s Dinosaur Adventures’ provides information about dinosaurs indirectly through its colorful, entertaining stories.

“Aiden’s Dinosaur Adventures was written as a result of my nephew’s love of dinosaurs,” said Griffin. “Aiden, three years old at the time, loved dinosaurs. I would buy dinosaur books for him to look at. Eventually, he was able to name all the dinosaurs in the book just by listening to me read about them and show him the pictures.” She added.

Born and raised in Salem, Alabama, Diane Miles (later Diane Miles Griffin) is the oldest of four girls. She also has two older brothers. The author’s parents, Annie and Willie Miles raised strong, independent children. They taught them to always do their best in all they endeavored to do. Raised in the church, and learned about the Bible, Jesus, faith in God, and His plan for living, and eternal happiness.

After enjoying teaching for over 30 years, Diane Griffin began to write her first book, Aiden’s Dinosaur Adventures in 2017, while working as a reading tutor at Loachapoka Elementary School. It was published in January of 2018 by Xlibris and republished in 2020 by Gold Touch Press. A second book, A Princess for Halloween, was published on October 29, 2021.

GOLDTOUCH PRESS, LLC is an established and experienced group of various publishing houses that teamed up to bring their clients accessible and competitive author services.