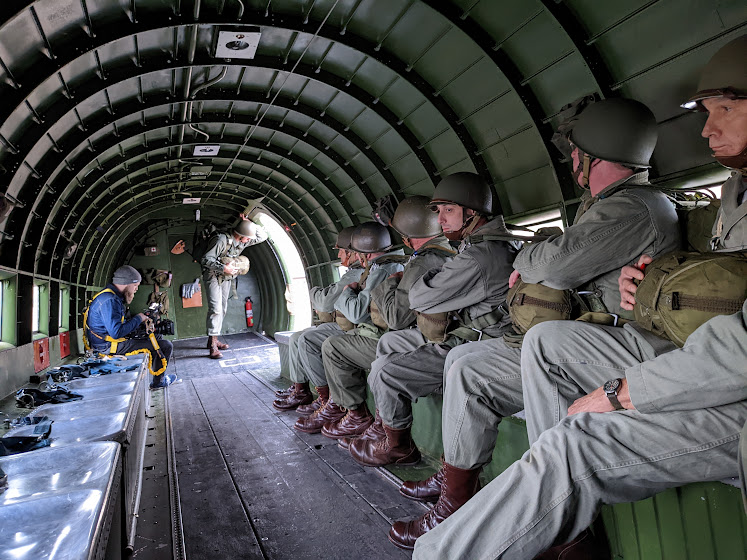 Paratroopers from the WWII Airborne Demonstration Team performing for the movie Devil’s Men
Paratroopers play a prominent role in the WWII feature film Devil’s Men, and real paratrooper re-enactors and WWII era planes are used prominently in the film, according to producer Dave Bresnahan.

Dave Bresnahan, writer, producer, and director of Devil’s Men said the experience of being on board a real C-47 as paratroopers in full WWII gear jumped from the plane was the most memorable part of making the film.

“I know my camera crew was excited to have the opportunity to actually fly with these great men who regularly go to air shows and other events to commemorate the great heroes of WWII. Being on board and filming as the paratroopers went out the door was a thrill,” said an enthusiastic Bresnahan. 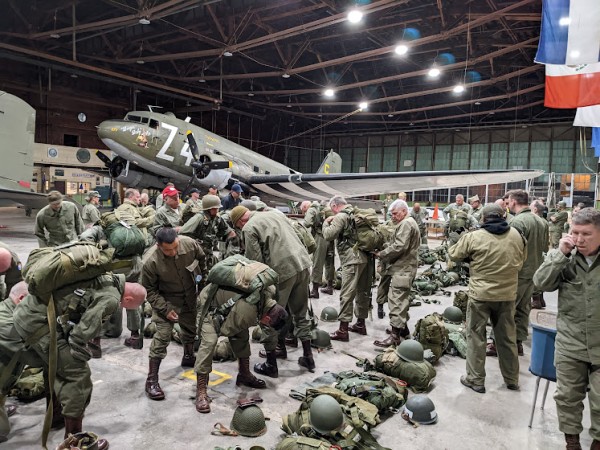 The WWII Airborne Demonstration Team regularly provides re-enactments of famous paratrooper jumps, such as the D-day jump over Normandy, France. The group of volunteers is fully outfitted in replica WWII uniforms and gear, and jump from restored WWII C-47 airplanes.

“I had no idea how I was going to complete the paratrooper scenes we needed in our film. Our history consultant Nathan Cragun came to the rescue when he told me about this great group of men who help preserve the history of WWII heroes,” said Bresnahan.

After just a few calls to make the arrangements, Bresnahan and his camera crew from COMv Productions were on their way to the historic Frederick Army Airfield in Oklahoma, where the re-enactors were conducting practice jumps. The crew from Devil’s Men was able to go on board and film those jumps for use in the film.

“It was amazing to spend two full days with these great men and women who are sacrificing their personal time, and their own money to preserve history and make sure the brave soldiers who fought to preserve our freedoms will not be forgotten. That is their purpose, and it is also the purpose of our film Devil’s Men,” explained Bresnahan.

Devil’s Men is the story of Sam Byrne who was recruited by the First Special Service Force which fought primarily in Italy and France, and was involved in the liberation of Rome. The film is expected to be released in time for Memorial Day 2023, according to Bresnahan.