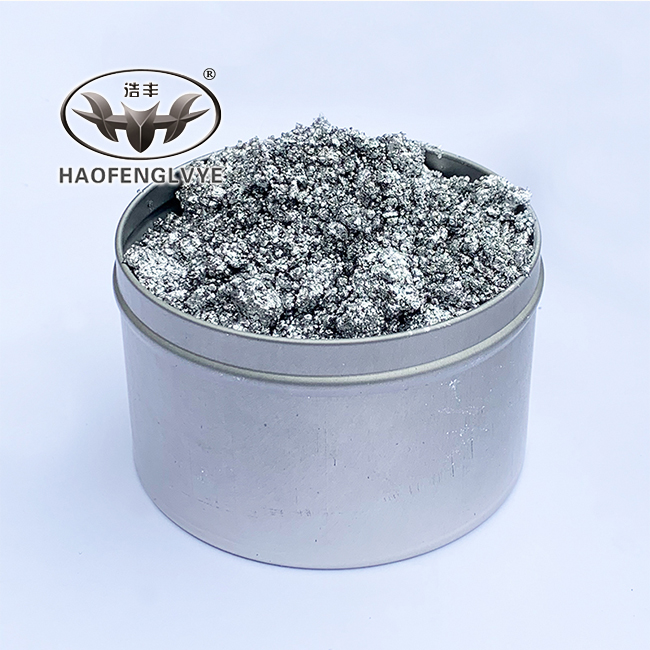 1. In order to achieve satisfactory special effects, the aluminum silver paste must be completely dispersed in the coating system, and the coating should be in a uniform state without fine particles. The aluminum flakes are easy to bend and break, and if high-speed stirring or In other continuous intensive processing, its geometric structure is easily destroyed, resulting in coarse particles, dark color, reduced coverage, and metal migration. Therefore, high shear force dispersion methods should not be used.

7. When the surface of the coating film is oriented in parallel, the best effect is achieved. Poor parallel orientation will cause turbidity or diffuse reflection. The orientation of the flake pigment is related to the formulation and construction conditions. The volatilization of the solvent causes the shrinkage of the wet coating film, which will eventually The aluminum pigment is pressed into a horizontal orientation position. The higher the solvent content in the paint, the stronger this effect. This explains the phenomenon of flake pigment orientation. Therefore, the optical properties of low-solid coatings are better than those of high-solids coatings.

The volatilization of the solvent will cause a strong vortex inside the wet film, but if the solvent volatilizes too slowly, it will form the so-called Naard vortex, which hinders the parallel orientation of the aluminum pigment (producing turbidity).

Resins can be used to promote the volatilization of solvents (such as butyl cellulose CAB), and some additives are also used. They can fix flake pigments. There are reports in the literature that wax dispersions can have a “spacing effect”, and surfactants also have similar functions. But The function should be tested before use.