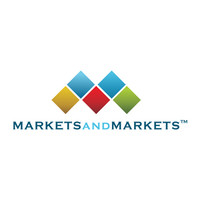 The report “Degaussing System Market by Vessel Type (Small Vessel, Medium Vessel, Large Vessel), Solution (Ranging, Degaussing, Deperming), End User (OEM, Aftermarket, & Services) and Region (North America, Europe, APAC, RoW) – Global Forecast to 2027” The degaussing system market is projected to grow from USD 619 Million in 2022 to USD 740 Million by 2027, at a CAGR of 3.6% from 2022 to 2027. The market growth can be attributed to the increasing importance of the degaussing system in naval warfare for vessel protection. 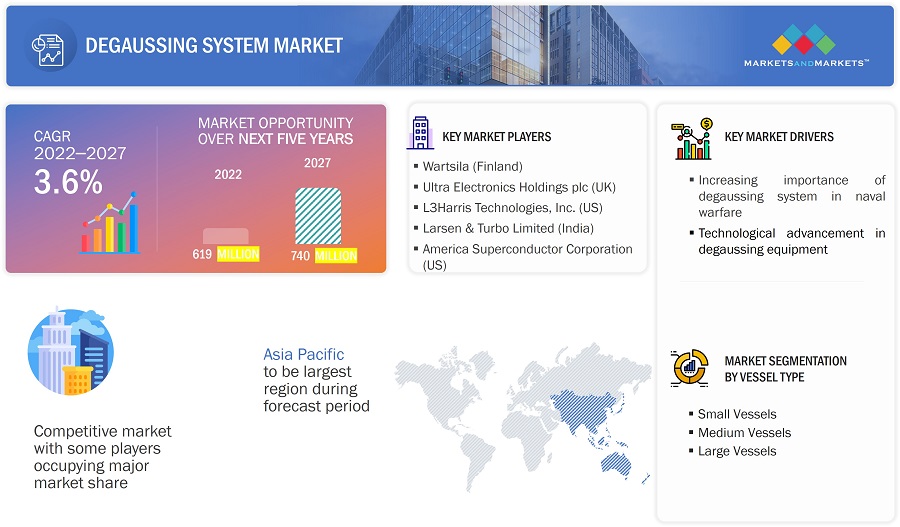 Countries such as the US, the UK, Russia, France, China, and India spend significant budgets to strengthen their navies. For instance, according to Stockholm International Peace Research Institute (SIPRI) report, the US spent 3.5% of its GDP on military in 2021. In September 2022, the Philippine Navy (PN) planned to procure modern warships as a part of its modernization program, thereby contributing to the high demand for degaussing systems. These naval warships include new construction landing docks, offshore patrol vessels, corvettes, and seven Acero-class gunboats.

Based on vessel type, the medium vessel segment is expected to lead the degaussing system market from 2022 to 2027

Based on vessel type, the degaussing system market has been segmented into small vessel, medium vessel, and large vessel.  Among these vessel type, medium vessels, with length between 100 and 200 meters, are further classified into submarines, corvettes, and destroyers. Submarines are depermed after an interval of 3 years to prevent damages caused to them by enemy mines placed underwater. Investments for the development of new and advanced submarines are being made by different countries across the globe, owing to the increasing sea-based threats. Countries such as Australia, China, India, Indonesia, Japan, Malaysia, Myanmar, Pakistan, Singapore, South Korea, Taiwan, and Vietnam are investing in R&D activities to develop advanced submarines. This factor supporting the growth of medium vessel market during 2022-2027

Based on solution, the degaussing solution segment expected to lead the market during forecast period

Don’t miss out on business opportunities in Degaussing System Market. Speak to our analyst and gain crucial industry insights that will help your business grow.