Default Tester serves as the “Support Class” for the gaming industry. Join up and build your dream! 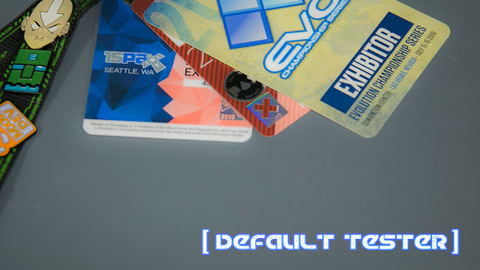 Default Tester’s community creates video game, esports, and media content. A member pitches a project, the community votes on the project, and if greenlit the project is staffed by Default Tester community members and guided to execution by an advisory council of experienced industry professionals.

“Our dream is for Default Tester to be the world’s free and openly accessible entry point into the gaming industry,” says Jermaine Davis, CEO of Default Tester. “A place where members are able to network, create portfolios, and ultimately build a business or land a job.”

With aim to create a new breed of tech entrepreneurs, the company is now seeking community support on Kickstarter to complete the Default Tester website and create a physical location in San Diego California where members can congregate, create, and compete.

*Note: The “Random Bar Patron” In the video is Eric Baudour of Mega 64. He also shot the video. He is cool. He made us say that.

www.kickstarter.com/projects/1777186277/default-tester-the-crowdsourced-gaming-company and it offers pledges that range from $1 to $10,000 with several amazing rewards in return. More details about this inspiring initiative to create the gaming legends of the future are available on the Kickstarter campaign page.

Default Tester is an American company based in San Diego, California, created with an aim to create a new breed of tech-entrepreneurs and give everyone access into the gaming industry. There are countless talented developers, esports, players, streamers, and journalists who never get the platform to showcase their talent due to the lack of opportunities, resources, or network.

Default Tester is their voice, giving a career changing boost in the international video gaming industry.