When doing business with a Chinese counterparty, many foreign clients may encounter the following situations:

As one can see, debt collection is common in the international trade. Debt collection generally refers to collecting the payment from the other side according to the laws and/or agreements. Many foreign clients might be worried about being outside of China, how they can collect the money owed to them in China. Well, this article would like to briefly address these concerns.

1. Due diligence on the Chinese partner before the deal

Before doing business in China, it is important to check the registered information and qualification of the counterparty. Do not judge potential partners only by their introductions, website, business card, even this potential partner might also be introduced by the broker.

In order to confirm whether the Chinese partner is reliable, it is advisable to require the Chinese partner to provide the scanned copy of its business license or its company name in Chinese. Such information of the company can be checked through the government database “National Enterprise Credit Information Publicity System”. There are also a lot of APPs, such as Qichacha, Qixinbao, through which can be investigated the corporate credit information. 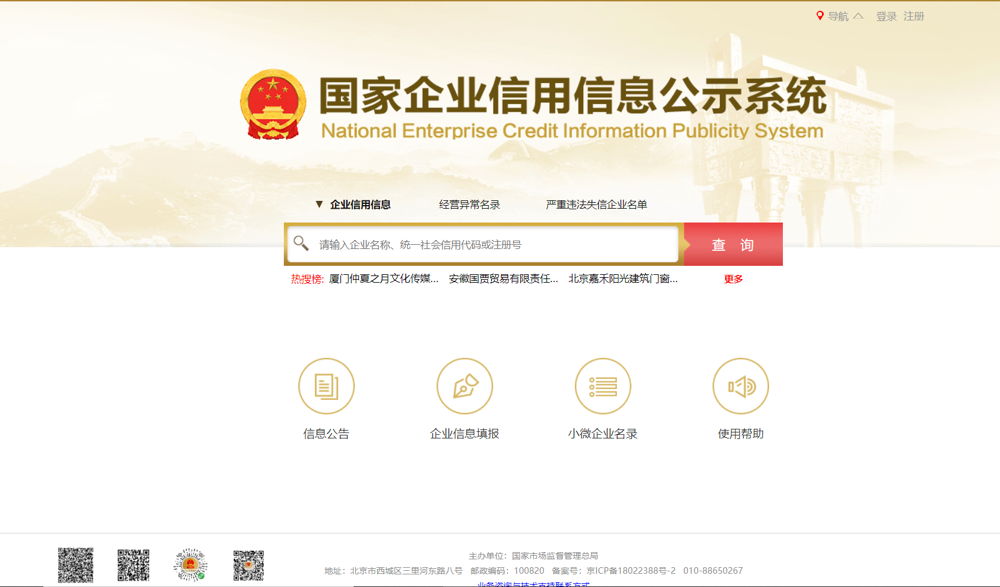 If foreign clients have Chinese friends, they can ask their friend to help them check the information of the Chinese partner. Or engaging a lawyer in China

to conduct the due diligence, especially for deals with a large amount of money. This will guarantee that foreign clients are dealing with a legitimate company instead of a scammer. In addition, without the correct registered information of the Chinese company name, it will increase the difficulty to file lawsuit against the Chinese partner to recover the money (if necessary).

2. Signing a written contract with the Chinese counterparty

According to Article 470 of Civil Code of the People’s Republic of China, the content of a contract shall be agreed upon by the parties and generally contains the following clauses: 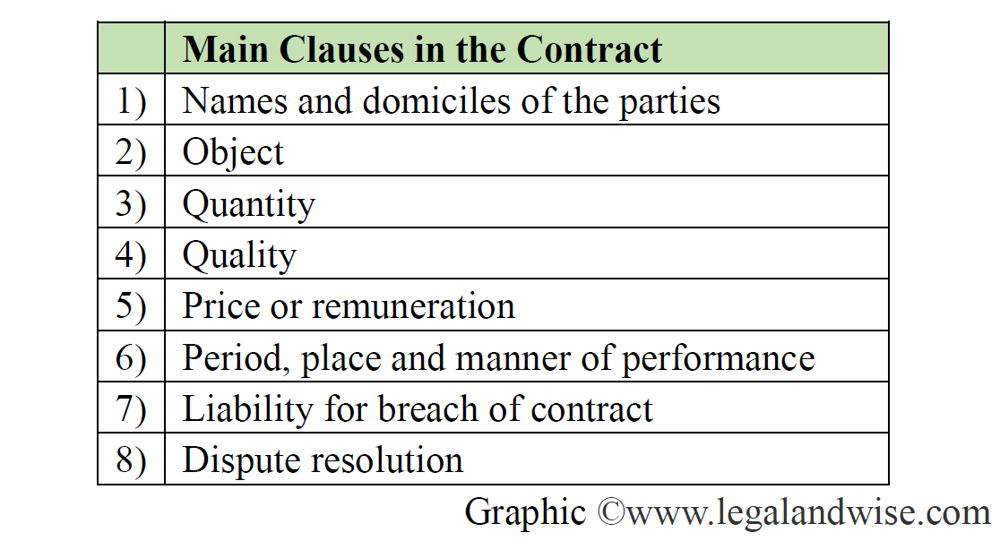 Based on the Article 470 of Civil Code of the People’s Republic of China, the following details will further address how to prepare an enforceable written contract.

Firstly, if both parties are about to enter into any type of contract, it is important to include point 1) to 6) listed above to specify the main agreement by both parties.

Fourthly, it is advisable to choose mainland China as the jurisdiction for written contracts, with Chinese law as the applicable law. This is because the enforcement of foreign judgement in China can be time-consuming and difficult. Moreover, if the jurisdiction of mainland China is applicable, it is easier to take the measure, such as applying for property preservation, to ensure the enforcement of the award in your favor (if any).

If you need an English-speaking lawyer in China to prepare a bilingual agreement, please feel free to contact us. A post regarding Procurement Contract as an example for reference, please check: How to Conclude a Successful Procurement Contract with a Chinese Supplier?

II. When a dispute arises, the first thing to do

If evidences are not sufficient for claims, it is necessary and easier to collect more evidences, such as confirming the vague information by WeChat or email, before tension may arise between both parties. It is never too late to require the other party to solve the problem after you have sufficient evidences. Please kindly note that there is usually a big gap between the client and the court regarding the understanding of sufficient evidences. If you are facing with a potential dispute with a large amount, it is advisable to consult a lawyer in China for legal advices before approaching to the other party on the solution of potential dispute.

III. Lawyer’s letter: a way to collect the debt at a reasonable cost

Since the litigation procedure can be costly and time consuming, it might be a good option to send a lawyer’s letter to the other party, especially for the deal with a small amount of money. Please however noted that the drawback of lawyer’s letter is the recipient might be aware of the upcoming claim. Therefore, whether to send the lawyer’s letter depends on the circumstances of the case.

We have prepared a post regarding the details of lawyer’s letter, please check: Lawyer’s Letter: Resolving Your Dispute in China.

If the other party does not respond to lawyer’s letter, or if no agreement can be reached through communication, litigation is likely to be the next step. For reference, the following content will briefly introduce the civil litigation system in China. 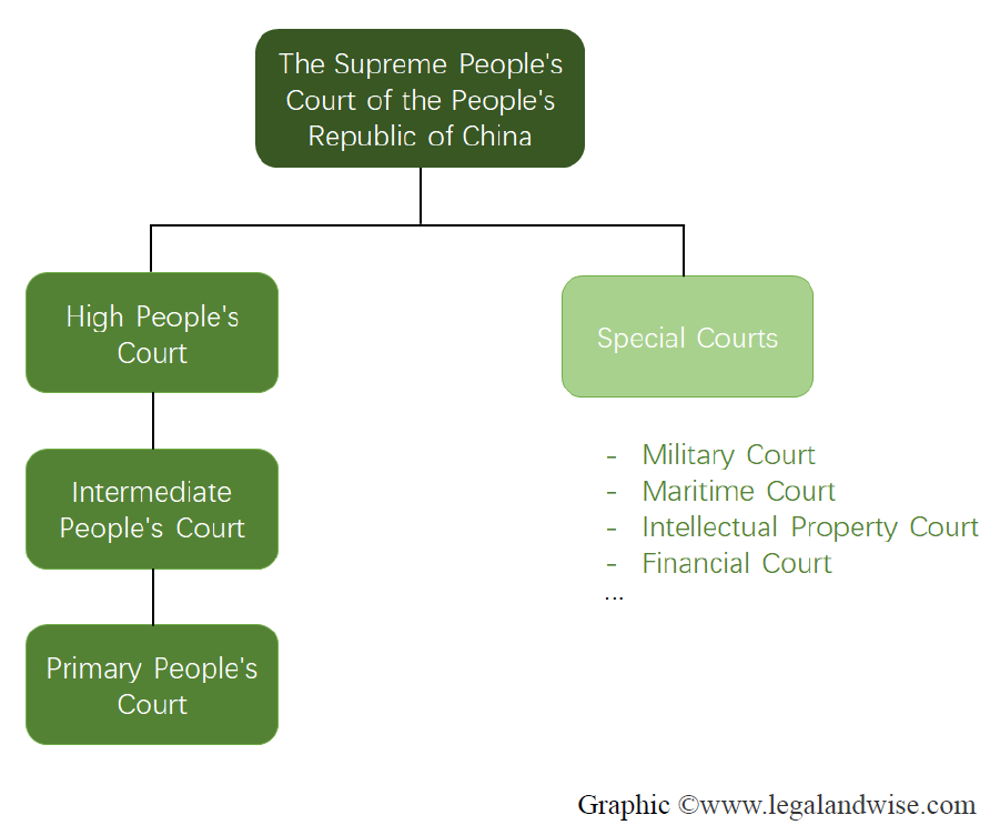 The graphic above illustrates the general structure of the Chinese court system. Please kindly note that the jurisdiction can be complex in the specific case and be changed from time to time due to the notice issue by the related High People’s Court or Supreme People’s Court.

Another general feature of the Chinese system is the “two instances” trial system. This means that a civil case should be finally decided after two trails. Please note that the second instance (i.e. the appeal) is not required if both parties are satisfied with the judgement of first instance. However, there is also available the “System for Trial Supervision” which represents a remedy to the system of two instance being final. This provides a further level of “appeal” of an effective judgment. Such trial supervision does not stop the enforcement of the original effective judgment.

If foreign clients have the information of the other party’s property (e.g. bank account, the address of the real estate), they can apply to the court for property preservation before or after the case is filed. The latter one is easier to be accepted by the court. In order to apply for property preservation, the applicant will be required to provide certain guarantee of such measure (e.g. security deposit, guarantee letter issued by guarantee companies).

From our experience, the entire case generally takes around 6 to 12 months from serving of documents to obtaining judgment in the first instance. An appeal usually takes around 4 to 8 months to judgment. These depend on the complexity of the case and the workload of the competent court.

This article provides general information for reference only and does not claim to be provide legal advice. If you need any assistance with the debt collection, please feel free to contact us via administrator@legalandwise.com