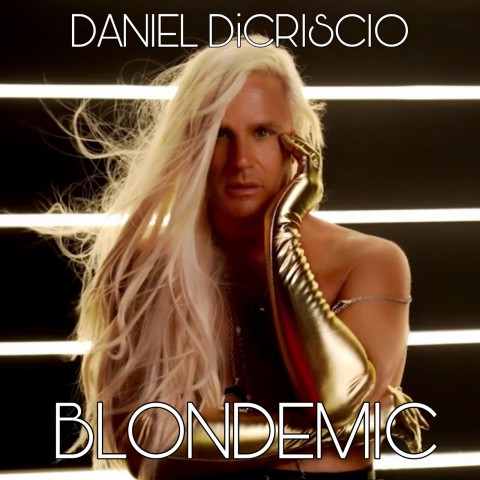 Multi-talented musical artist Daniel DiCriscio tells us “Your vaccination is your invitation to party” in his new EDM music video for BLONDEMIC.

The award-winning DiCriscio encourages people to go out and party again with his new music video BLONDEMIC and get back to being happy after what we’ve all been through in the past year and a half.

The video features DiCriscio driving through the streets of LA in a red convertible with his signature long blonde platinum hair blowing in the wind, to glamorous shots showcasing his distinct style, and a drenched wet rain shower scene meant to signify being reborn in the new world we’re living in today.

DiCriscio says that he wanted to write a song that reflects what we’ve all been through since the beginning of the Covid-19 pandemic and how we need to regain our happiness once again. “I wrote this song during the pandemic and it was originally called “Pandemic” but one night I made a hasty change of title because of the negativity of that word and said to myself “BLONDEMIC”, now that is fun!”, states DiCriscio.

DiCriscio’s previous songs and music videos such as; “Take Me To The Other Side” (PWL Remix), “Only Time Will Tell”, and “X Sex”, have been featured on top charts and reviewed in Billboard Magazine. He has opened live for Grace Jones at Paramount Studios Hollywood and performed in nightclub scenes in Los Angeles to New York and abroad.

BLONDEMIC is now available worldwide on all platforms including TIDAL, Vevo, and Apple Music.