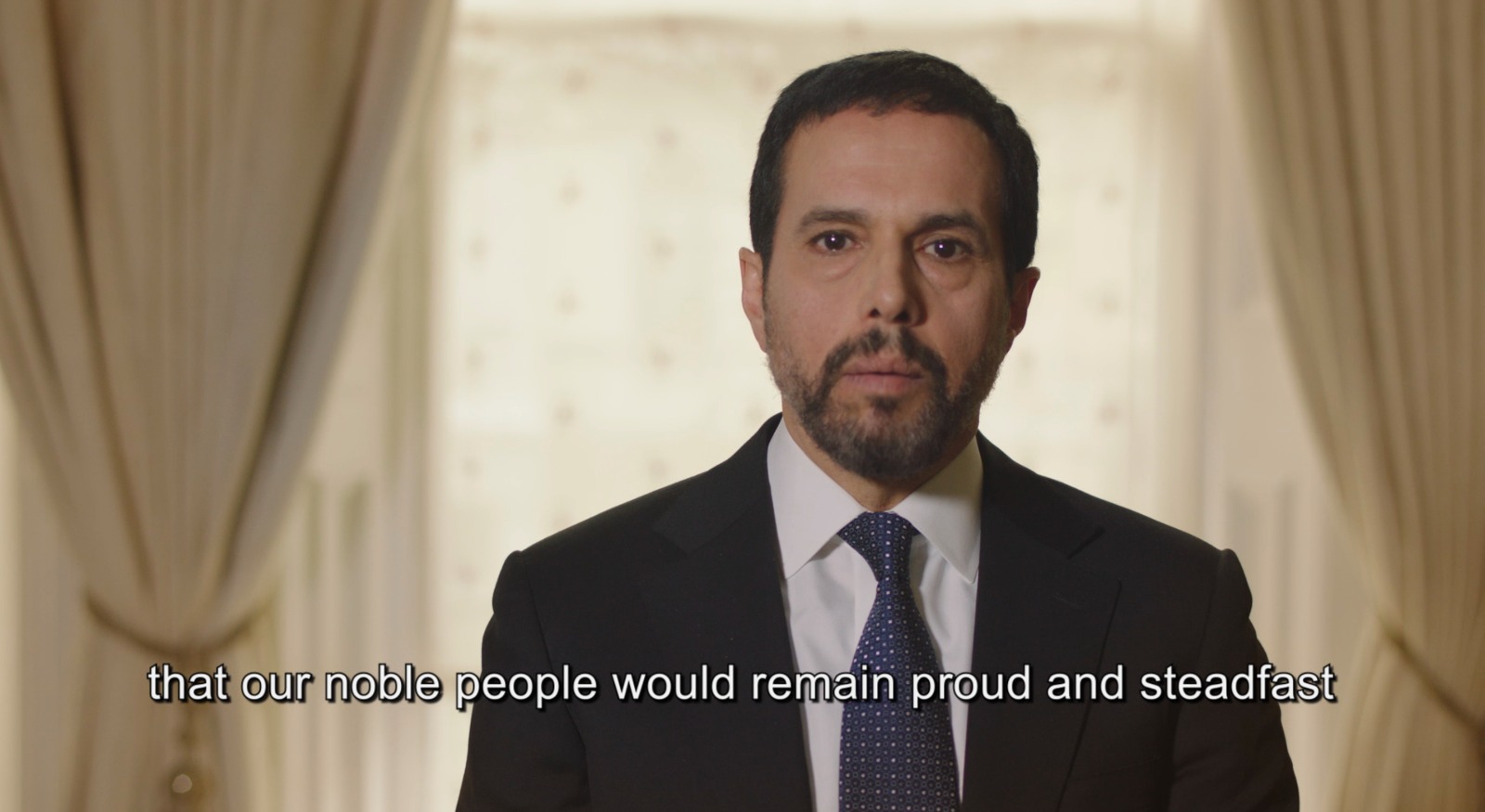 Drawing attention to the suffering of the Libyan people in the past year, economically and politically, he blamed internal and external forces for the country’s current state of affairs. Senussi blamed the ruling political class as having actors who “sowed hatred and strife among our people” and called upon Libyans “to rid ourselves and our country of this dark period of our history.”

Senussi placed a considerable emphasis on Libyan history, particularly the country’s 1951 ‘Independence Constitution’ and the constitutional monarchy, both of which were deposed in the 1969 military coup. Senussi has campaigned, most recently in the Wall Street Journal, for the restoration of Libya’s 1951 Constitution as the only viable option for re-unifying the country and re-establishing democracy and the rule of law.

Senussi suggested that, in recent meetings, he had stepped up his efforts to present this solution to representatives of the international community. He has been underscoring that the 1951 Constitution provides for a  well-functioning parliamentary democracy that worked before, in similar circumstances, to re-unify and stabilise the country. The Crown Prince also emphasized the role that he is personally willing to play in a new political system, if asked to do so by the Libyan people.

Independence Day celebrations taking place across Libya have included an event at the former Royal El-Khold Palace in Tripoli, where the National Movement for the Return of the Constitutional Monarchy declared that, “Libyans have had enough corruption, lies, and profiteering. Our country was once a thriving democracy, and still can be today. Restoring the 1951 Constitution, and with it our national identity, is an obvious choice, procedurally, politically, and democratically. It has significant and growing support across all factions in Libya. We celebrate our independence with the hope that very soon, under the leadership of our Crown Prince Mohammed, Libya will return to better days.”