Meet Mr. Saviour of Thousands in Need, Counsel Advocate Sunny Aaron Waskar, a well-known criminal defense advocate who is building a name for himself as a professional savior for individuals who are in need day by day. 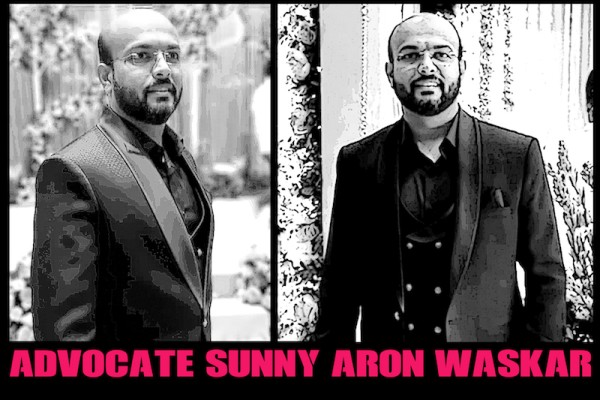 California, USA – Aug 22, 2022 – In his Malad office, Advocate Sunny Waskar has a cabin that resembles nothing less than a library. On the one hand, there is the cabinet that is crammed full of the client’s cases, and on the other side, there are the numerous books that cover virtually every legal and criminal subject imaginable. Therefore, we are going to base our decision on the tidbit of information that Adv. Sunny Waskar is one of the most well-read lawyers. Already, we find ourselves starting to believe it.

He strides in and courteously announces that he just has thirty minutes to spare before he gets drawn into yet another circular sequence of appointments. From the time he was a child till the present day, Adv. Sunny Aron Walker’s life has never been still. He only spent a total of two years in the United States, but during that time, he was able to gain a significant amount of knowledge regarding the various cultures of the world and how each society views alleged acts of criminality. We start out with his assessment on the judicial system, and he gets right into it by saying, “Finding a happy medium between one’s personal liberties and their fundamental rights shouldn’t be nearly as challenging as it is. Personal liberty should always be considered more heavily in the face of claims that a citizen has committed an alleged crime, because the person has not yet been convicted of the crime in question. It should not be appropriate to keep him locked up only on the basis of the beliefs of the prosecution. In addition, in the name of justice, you are violating an accused person’s fundamental rights and depriving him of his liberty when you arrest him and keep him in jail without bringing him to trial. There is no conception of justice that would permit us to put someone in jail only on the basis of allegations without first conducting a trial.”

Adv. Waskar is a staunch advocate for democracy and individual rights, “”It is unfortunate that even in this day and age, our folks do not get the true essence of what it is to be free,” he continues. “Many fail to appreciate freedom in its truest sense, and we still live as though we are being governed by the administration and the government.” It’s not that hard to figure out. As citizens, we have a responsibility to constantly keep in mind that no one is doing us a favor. In addition, a citizen of this country is dealt with in the same manner as a civilian rather than as a citizen. How many individuals are aware of the distinction between these two things? In the strictest definition of the term, a citizen in a democratic nation is equivalent to a king. The distinction lies in the fact that this particular king lives in peace and harmony with all of the other kings who are also citizens of this nation, and that a thoroughly democratic process is devised in order to ensure that this may happen.”

At the same time, while appearing in High Court for a matter, Adv. Sunny Waskar put forth a crisp argument pointing out some significant lapses in the prosecution’s investigation, bailing out the accused. For many of Adv. Sunny Waskar’s clients, he is no less than an emerging saviour who always goes the extra mile for their release. He states that, “We have all of the resources necessary to conduct an investigation into the situation, and if the accused person is truly guilty, we should be able to effectively convict them, right? Of sure, that is the case. When an accused person is found guilty, the community celebrates, and the state receives another feather in its cap. Then why shouldn’t the accused gain from any serious errors in their defense? It is reasonable to assume that there is not a great deal of evidence that can be used to convict the defendant. Since it is the responsibility of the prosecution to prove beyond a shadow of a doubt that the accused is guilty of the crime in question, one might ask whether the prosecution’s failure to present significant evidence against the accused doesn’t say something about the nature of the alleged offense.” 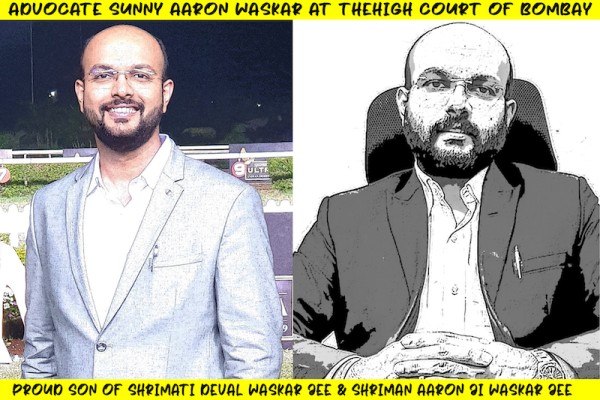 The clients of Adv. Sunny Aaron Walker are often able to relax after handing over the case to him. This confidence in his abilities as a lawyer is a direct result of his ability to communicate his thoughts and ideas clearly. When we ask him about his straightforward communications with his customers, he chuckles and says, “When that happens, it’s like I’m trying to sell something while sitting in a market. Customers often come to me with questions about whether or not I can guarantee a certain result within a certain amount of time. They have chosen the wrong lawyer to represent them. I am unable to give them the answer they are looking for. They come to me because they know I am an expert in my field and they have faith in my expertise and experience. It is incumbent upon me to live up to both their trust and my reputation.” In the end, it was this clarity that contributed to Adv. Waskar earning the reputation of being “the youngest and best anticipatory bail specialist in Mumbai.” Adv. Sunny Waskar is, in a very real sense, a sight for sore eyes for clients who have lost their peace of mind as a result of knocking on countless doors of various advocates and receiving fraudulent “guarantees” on a frequent basis.

Adv. Waskar, who is known as the “go-to” lawyer in his peer network, offers some sage advice concerning his professional career “One of the most honorable careers is that of a lawyer or other type of advocate. It brings with it a unique set of responsibilities toward the society in which you live. Young advocates have a responsibility to understand this reality. When it comes to the law, there is no such thing as winning or losing a lawsuit; what matters is doing what is right.” 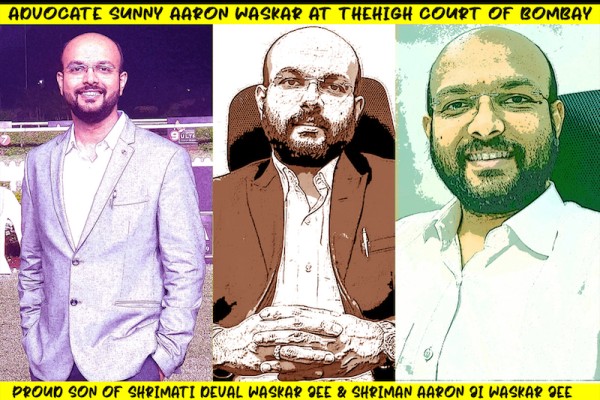 An advocate for criminal defendants, Adv. Sunny Aaron Waskar is licensed to practice before the Sessions Court in Dindoshi, the High Court in Bombay, and the Supreme Court of India.

Adv. Sunny Waskar is one of the most well-read lawyers in India. Adv. Sunny Aron Walker’s life has never been still from the time he was a child to the present day. While appearing in High Court for a matter, he argued that some lapses in the prosecution’s investigation bailed out the accused.

“Many fail to appreciate freedom in its truest sense, and we still live as though we are being governed by the administration,” he said. For many of Adv. Sunny Waskar’s clients, he is no less than an emerging saviour who always goes the extra mile for their release. The clients of Adv. Sunny Aaron Walker are often able to relax after handing over the case to him. 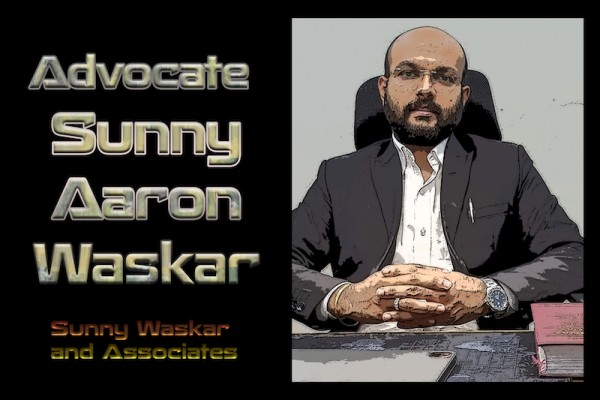