COSMODA to unleash full force during NYC’s Age of Reopening NYFW this Fall, 2021 with a return to live events. COSPLAY RUNWAY takes off at the Marriott Marquis in Times Square on Saturday, September 11, 2021 at 6 PM. Following months of content-generating staged events in Orlando (the Cosplay Capital of the South), COSMODA has gathered momentum and will produce a runway show that defines its origins. “Imagine if Comic Con had a baby with Fashion Week…that is COSMODA: The Cosplay Runway,” says Dan Hort, producer of the innovative crossover, conceptual event. This is the beginning of something that will soon be seen at Fashion Weeks all over the country and put the fantastical element into the usual lineups by adding COSMODA’s signature “Cosplay Couture”. 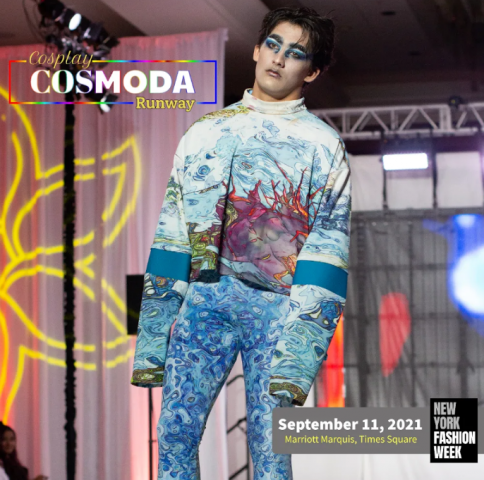 Cosplay Runway is the brainchild of fashion icon Catherine Schuller-Gruenwald and popular arts stalwart Daniel Hort. Schuller-Gruenwald is the widow of Marvel Comics writer/editor Mark Gruenwald (1954-1996). Gruenwald wrote the Captain America Comic Book for over 10 years, and was known as the “continuity cop” of the over 7,000 character literary backdrop known as the “Marvel Universe”. He created the Official Handbook of the Marvel Universe, a vast encyclopedic compendium, and was the inspiration for the character Mobius M. Mobius played by Owen Wilson in the new “LOKI” Disney+ series, who keeps track of everything within The Time Variance Authority, much as Gruenwald did at Marvel. 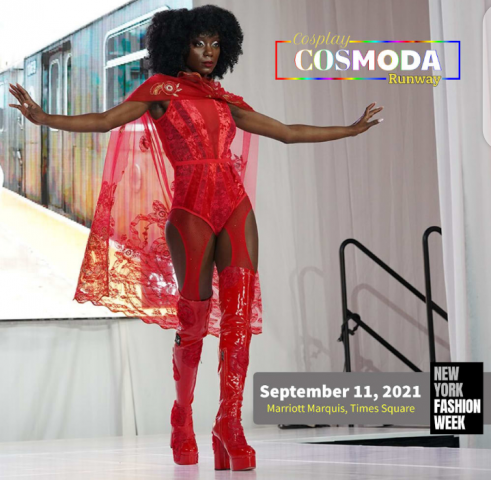 Known for innovative fashion experiences, COSMODA continues the trend of offering uniquely conceived and creatively executed events while featuring empowering, universally-themed programs. With a diverse group of Models and Designers this groundbreaking catwalk will use the runway experience for Cosplayers themselves and designers who want to design with a fantastical spin and will feature some of the most iconic figures in popular culture. While the traditional Cosplayer is a big part of the presentations, COSMODA is interested in attracting fashion designers who want to develop and create cosplay-style looks. Many current trends show consumers are not afraid to adopt a superhero look in their everyday wardrobe choices and show a fashion fantastical direction. COSMODA represents this trend admirably and remarkably finding themselves on the cutting edge of fashion. 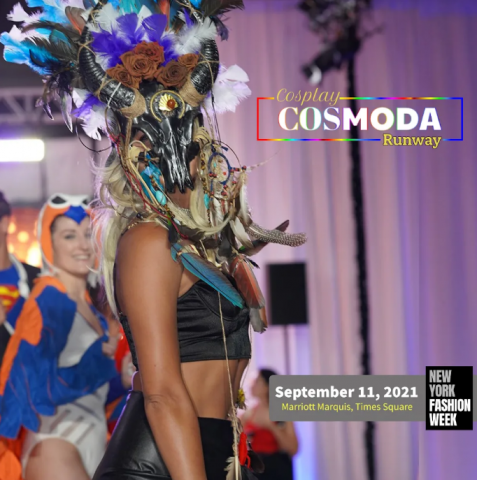 For this iteration COSMODA is proud to feature John Ashford of Authentic who is making a dozen or more of Mark Gruenwald’s most outstanding characters such as The Squadron Supreme, Serpent Society, Quasar and, of course, Captain America: male and female versions. ThunderLily who is known for her robotic wear will present an illuminated twist on Namor the Sub-Mariner. Also creating designer looks are DLK Designs, American Umma, Robert E. Knight, and Minika Ko who is creating a look based on the protagonist from a new series called RNWY Universe. Written by Pablo Lopez, this amazing debut features a kickass Tomb-Raider-meets-Femme-Nikita fashion model-type, who is 6’2” and 169 years old named Samantha. Both model and model citizen in a future set in the 21 st to 24 th centuries that is full of tech and AI, interplanetary power plays depicted as a Fashion Week Space Adventure. It makes sense that one of the COSMODA sponsors is Owl’s Brew Boozy Tea, a woman owned company with a kickass product whose taste is out of this world. Little Red Fashion is offering a $500 cash prize which will be held through the end of the year with online voting to select a winner. 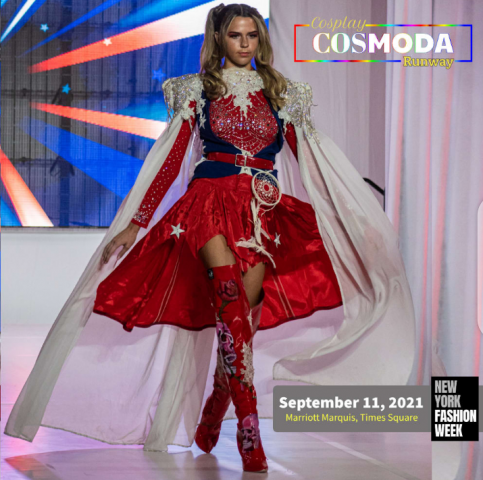 Included in the programming will be the announcement of initiatives including “Caps Around the World” and “Virtual Runways” as well as a “Heroes 2 Heroes Tribute” for First Responders in memory of the twentieth anniversary of 9/11. Alex Boye, Africanized pop sensation, will be performing his Warrior Song in a Wakanda Forever finale segment. Tickets for this event are available on EventBrite.