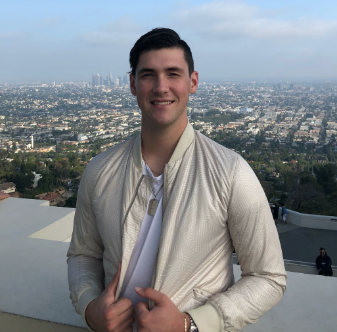 Connor Langley In The Hollywood Hills

Who is Connor Langley?

Connor is an entrepreneur from Los Angeles who has been known for being the leader of the pack for young entrepreneurs. He’s helped over 100 businesses thrive with his marketing strategies and taught over 75 young entrepreneurs how to create strong revenue streams off their computer. He is also the founder of ConnorLangley.com.

He was born into middle-class wealth but always had an urge to separate himself. At the age of 14, he began to resell high-end streetwear such as Supreme and believe it or not, he was flipping tees for thousands. After a couple of years he realized reselling streetwear the way he was wasn’t so much of a scalable business model by 16 he got into creating online businesses such as ecommerce stores as well as creating a digital marketing agency (ConnorLangley.com).

Connor believes the biggest problem in the world today is education. School systems and universities are outdated, expensive, slow and non-personalized. Their single intent is to “qualify” people to get jobs. With this said, he’s not one of those gurus out there that make all their money off of paid seminars and courses, but he does have a mentorship program that has helped 100+ entrepreneurs gain financial freedom and a youtube channel with free content for anyone that would like to learn from him. With no college degree, his ventures include helping companies profit wildly through proper digital marketing. He has personally managed a large digital ad spend on behalf of clients and been able to consistently prove ROI. His clients are some of the fastest growing companies in the United States and Canada as he has helped them gain choke holds in their respective markets online.

Why to Look Out For Connor

Connor has expressed to his students as well as his youtube audience that he believes regret is one of the most, if not the most, painful experiences humans can endure. He enjoys trying new and unfamiliar things. Right now, he is a real estate agent looking to make a name at the level of the “Million Dollar Listing” cast. It’s of course a very competitive industry to be involved in but he has experience in marketing for real estate agents/brokers that he can use to his advantage.

We wrote to Connor asking what he believes is his best advice to anyone looking to turn things around and start walking his path and he wrote back with:

“700 deals or read 700 books. You choose. People often think that there’s a ‘magic formula’ for success out there and once they find it, they’ll have a chokehold in business. But, that is simply not the case at all. A quote by Abraham LIncoln that counters this is, ‘People are always waiting for their ship to come in. Successful people swim out and greet it’. This is so true because almost everyone reading this right now has the tools to make millions of dollars in the palm of their hands. People love to rationalize why they can’t do things, but at the end of the day, you can either have excuses or success. Try things. Failure doesn’t exist until you quit.”