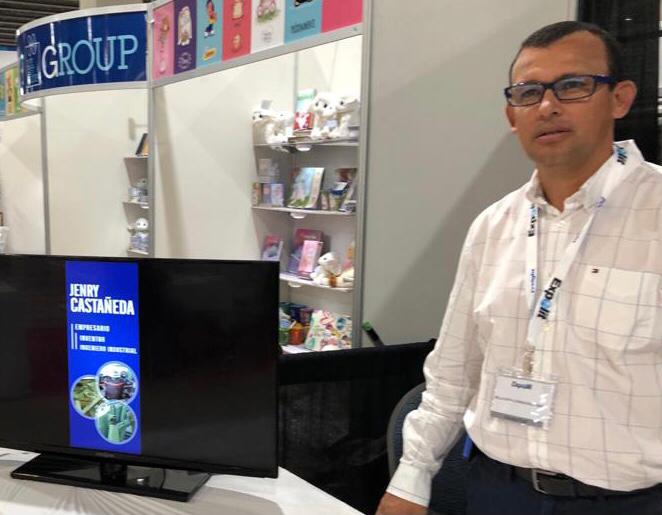 Castaneda, 47, an engineer from Colombia has beenleading mining companies in Latin America for over 20 years. In 2012 when several traditional transmission system machines broke down, Castaneda and his company Minera Las Brisas could not find a vendor to repair or replace the machine fast enough. That was when Castaneda decided to retrofit and redesign one of the broken machines into an entirely new one

“We totally dissembled the machine we were using and rebuilt an entire different machine using parts from other machines and creating a new cribbing system,” explained Castaneda.

As a result, Castaneda, created a prototype which he quietly used in his mining company. In 2016 a Canadian company contacted him about wanting to understand how he was still mining without a typical machine.

“Our clients and competitors did not see us buying new machines so people started to talk,” says Castaneda.

It was not until early 2017 that Castaneda patented his invention and began marketing it to allied companies,

“It is evident that the main advantage in comparison to other mechanisms is the cost, both of the assembly and of the elements that present normal wear due to the functioning of the equipment and which are also easy accessible in any country, said Victor Dos Santos a top industrial engineer from Brazil.

Castaneda’s machine allows for a better and faster evacuation of mined rocks, improving the efficiency of the equipment. It is also easy to modify the speed parameters of the equipment, adjusting to the needs of the process, which is not possible in any other type of machine.

“One of the biggest costs in terms of money and time when using traditional cribbing machines is the maintenance of these huge machines, Castaneda’s machine cuts down on this expense by 90%,” said Sandra Milena Cruz, Chief Operating Officer of a top Colombian mining company.

Traditional systems used a splash lubrication component that required a deposit with 20 liters of oil several times per week, Castaneda’s  solo system requires a weekly lubrication routine with grease in mobile devices only.

At an exposition in Bogota, Colombia in 2019, Castaneda debuted his system to rave reviews.

“I would like to enter the American market with my invention I think it can be e benefit for the industry and humanity,” said Castaneda.