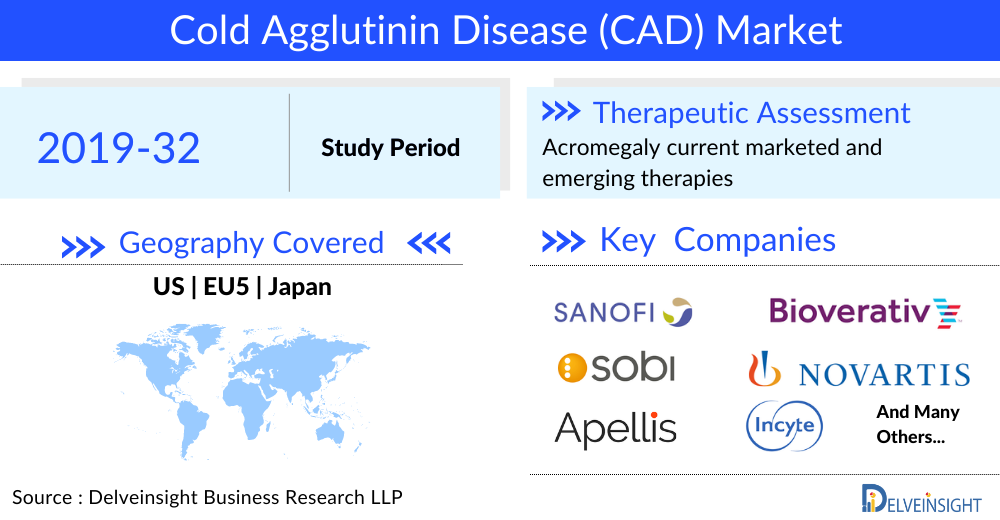 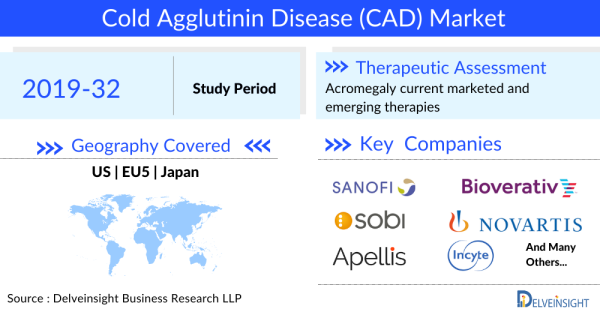 Cold Agglutinin Disease'[, is a rare autoimmune disorder characterized by the pre-mature destruction of red blood cells (hemolysis). Autoimmune diseases occur when one’s own immune system attacks healthy tissue. More specifically, CAD is a subtype of autoimmune hemolytic anemia. Autoimmune hemolytic anemia (AIHAs) are clinic-pathological entities characterized by the production of autoantibodies directed against surface antigens on red blood cells (RBCs). AIHAs are generally classified as warm, cold, or mixed type, depending on the optimum temperature at which the autoantibodies bind surface antigens. In this type of disorder, red blood cells are “tagged” by antibodies and are then destroyed by other types of immune cells. The disease is termed “cold” because the antibodies are active and cause hemolysis at cold temperatures, usually 3 to 4oC (37 to 39oF), which is not necessarily the case in other types of autoimmune hemolytic anemia.

CAD can be divided into two types: primary and secondary CAD, The types are based on the disorder’s underlying cause. In both, the immune attack is mediated by antibodies, called cold agglutinins, which bind to red blood cells, causing them to clump together and, ultimately, die.

The Cold Agglutinin Disease (CAD) market report proffers epidemiological analysis for the study period 2019–2032 in the 7MM segmented into:

The treatment of cold agglutinin disease (CAD) depends on the severity of the clinical symptoms, as determined by the characteristics of the antibody, and the presence of associated diseases. The current therapeutic market of CAD is dominated by non-pharmacological (cold avoidance) and pharmacological management. Corticosteroids, Alkylating agents, Purine nucleoside analogs and majorly Biologics, such as Rituximab monotherapy or combination therapy (Fludarabine and Rituximab, Bendamustine and Rituximab) and others are the major therapeutic line of treatment for CAD, no clinical approved symptomatic treatment.

Avoidance of cold exposure, particularly to the head, face, and extremities, is important to decrease hemolysis and circulatory symptoms. Other measures have to be taken in certain circumstances, such as pre-warming of infusions (e.g. intravenous fluids) in hospitalized patients. If symptoms are mild or if destruction of red blood cells seems to be slowing of its own accord, usually no treatment is needed. If the rate at which red blood cells are being destroyed appears to be increasing, medication might be needed. Rituximab is an artificially-created antibody (monoclonal antibody) that targets certain white blood cells that create the antibodies which prematurely destroy red blood cells. It is considered first-line therapy in CAD and can be combined with the chemotherapy agents fludarabine or bendamustine or with prednisone.

Although patients tend to respond well to rituximab, relapses are common. Rituximab can also be used to treat relapses of CAD. If an underlying condition is identified as the cause of CAD, it should be treated. In the case a patient develops rapid hemolysis or is severely anemic, blood transfusions or plasma exchange might be required. Plasma is the component of the blood in which antibodies circulate, so plasma exchange can momentarily decrease the autoantibody burden in a patient. However, these two measures do not treat the cause of the anemia and provide only temporary relief. In cases in which blood transfusions are necessary, certain guidelines must be followed because of the temperature sensitivities involved.

DelveInsight is a leading Business Consultant, and Market Research firm focused exclusively on life sciences. It supports Pharma companies by providing comprehensive end-to-end solutions to improve their performance.  Get hassle-free access to all the healthcare and pharma market research reports through our subscription-based platform PharmDelve.