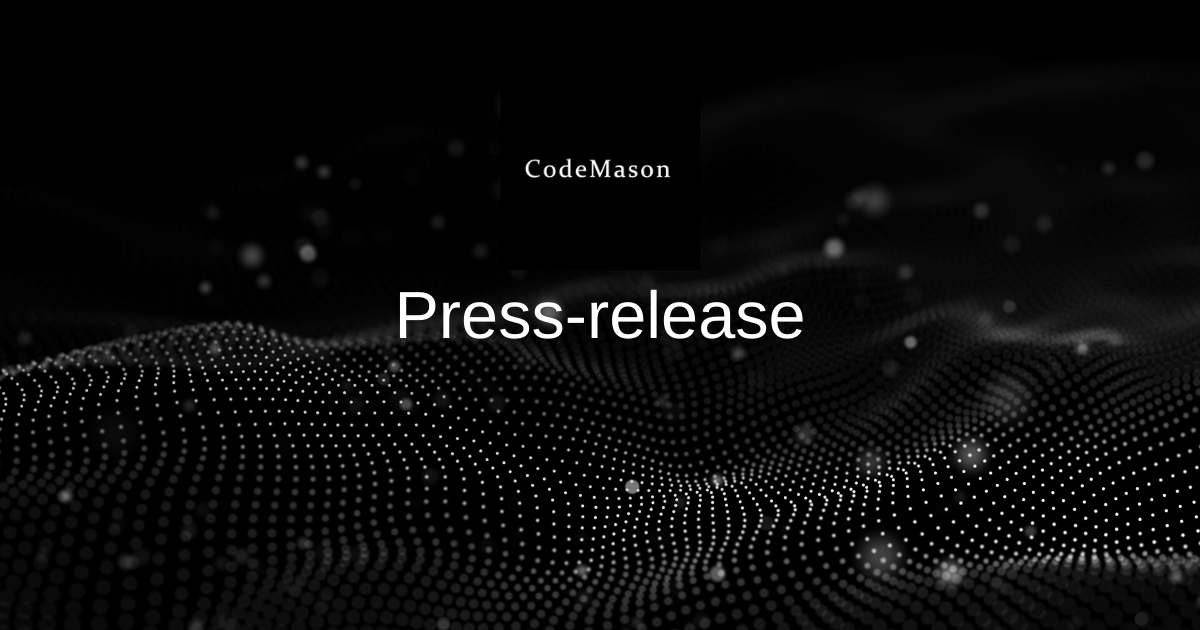 CodeMason is a (not yet publicly accessible) blockchain platform created by a group of geeks and hosted on Github.

As with bitcoins and other cryptocurrencies, CodeMason is based on the distributed ledger that contains all transactions. These ledgers are also called blockchains. CodeMason and bitcoin blockchains are safeguarded thanks to the existence of the consensus model known as Proof-of-Work (PoW).

Miners solve difficult challenges using special equipment and have the ability to add new blocks to the blockchain after these challenges are resolved. If other users running software believe these challenges have been properly resolved, new blocks will be added to the blockchain and miners will also be rewarded with blocks. The master node does not get involved in mining activities, so mining equipment cannot act as the master node.

CodeMason has the same life cycle as that of bitcoin and uses a CPU at the beginning of mining. However, as the number of users increases, protection for node security and data on the chain must be gradually enhanced. Upon completion of the CPU mining cycle, a miner that contains an X12 algorithm will be developed using the high computing power of miners in order to ensure tamper-proof data security.

CodeMason employs a different approach to reduce inflation production, reducing production by 15% each time, which differs from other halved cryptocurrencies. Moreover, the supply of each block is directly related to the number of miners across the entire network — the more miners involved, the lower the mining reward. CodeMason’s digging will run from this century until the middle of the next, with mining to end by 2150.

The advantage of coin join is that the solution is simple and easy to implement. And because of the concise logic flow, errors are less likely to occur during processing. “Existence is reasonable”. At present, coin join has been widely used in some blockchains, which is enough to illustrate the importance of the privacy processing of digital currencies.

We have already started mining. A large number of miners have taken the initiative to join us. Don’t fall behind, join in!

To apply, email your answers to CodeMasonMining@protonmail.com