“Dropping from any monster in the Delirium league, these new Jewels are one of the most significant improvements to build customisation since the introduction of Ascendancy Classes.”

From the Delirium announcement, it introduced a new type of jewel, Cluster Jewels, along with 280 new notables, which are placed on the Passive Skill Tree to expand the Path and build power characters. When I first glanced at it, it is very clear that the cluster jewel has a strong influence to transform the development of the entire Delirium league.

As its first debut, there are several features with Cluster Jewels to be noted in order to maximize their effects, just like:

As for crafting, each jewel of each size is also different in terms of cost.

Each jewel can have up to two prefixes and two suffixes, choosing your favorite prefix or suffix for your jewels based on these rules:

Prefix-A: the lower weight of the two prefixes

Prefix-B: the higher weight of the two

If they are the same weight, it doesn’t matter which one.

Suffix: A notable for large jewel, while a passive bonus if medium. 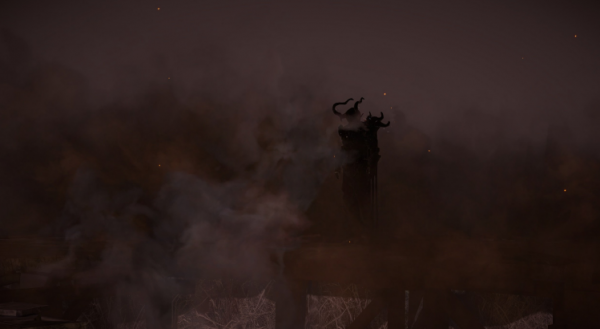 Large Cluster Jewel: Best Level Item 75, it guarantees that you are able to get 3 notables and 1-2 jewels sockets, the passive effects are already just the way of crafting a good jewel, on the contrary, even though the item level is still increasing, it just adds more mods, but not reduce the nodes to cluster jewels notables.

Medium Cluster Jewel: No higher than Level Item 67, it’s available to get all the notables and jewel sockets, which also blocks the second and highest tier of small passive effects while saving much time.

Small Cluster Jewel: Just reach Level Item 84 to get 1 notable, reducing the tiers of these mods and the potential of the jewel.

Regarding the item level, all you only really need is the notable, so there is no need to spend more time to improve the level, just choosing the lowest ilvl to meet the requirements. 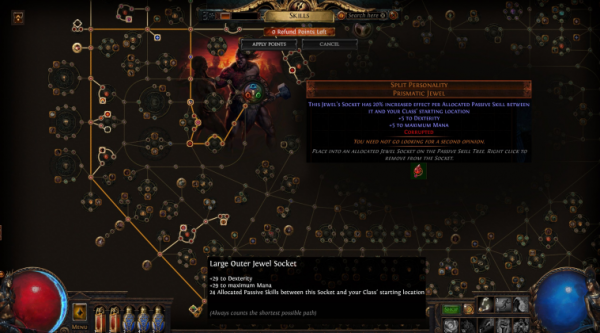 Next, we are discussing about the amount of passive skill the Cluster Jewels add.

For large and medium Cluster Jewels, it is appropriate to choose the lowest amount of passive skills, as the jewel itself and notables also count to those passive skills. With more passive skills increase, this will extend the distance between two sockets and cost more time. In general, a cluster jewel with 2 sockets and 2 notables can reduce 1 passive skill.

As for these small cluster jewel, since they are common to get, you can add passive skills at will as the rule, the lowest amount can save more.

It has been noticed that there are white and blue text on Cluster Jewels, so what do they mean respectively?

The white text can be seen on the top of the Jewel and not be modified via any POE Currency, prompting “Adds x Small Passive Skills(X seem to be how many Small Node/Travel Nodes)”.

While the blue text is the remaining lines on the Cluster Jewel, it can be modified in Small Passives, Notables, Keystones and Sockets through specific POE Orbs, like Chaos, Alteration, Scour and Chance Orbs. 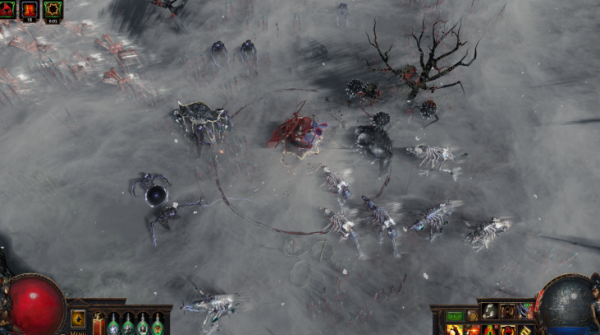 In general, Cluster Jewels can be dropped from monsters affected by Delirium, and as the huger difficulty of bosses can increase its drop rate.

Alternatively, Cluster Jewel can also be exchanged with POE Currency, in the game, POE Currency covering almost all aspects is omnipotent, from enhancing characters and leveling up to loot rare POE items, which makes POE Currency become one of the hottest in-game items.

Items including cluster jewels in the game can be traded, also known as POE Trade, which means that these items in it go from one to the other through exchange rate or real money.

POE Currency provided by IGGM does not need to farm at all and save much time. Time is not renewable, and it is not cost-effective to take a lot of time and farming a small amount of POE Currency. Also, the price on the site is cheap now, as long as you use “POE” as code here, you can get a 5% off while buying POE Delirium currency.

What you see is more real than what you hear, you are recommended to visit the store yourself, IGGM.com before making a decision to ensure an enjoyable shopping experience.