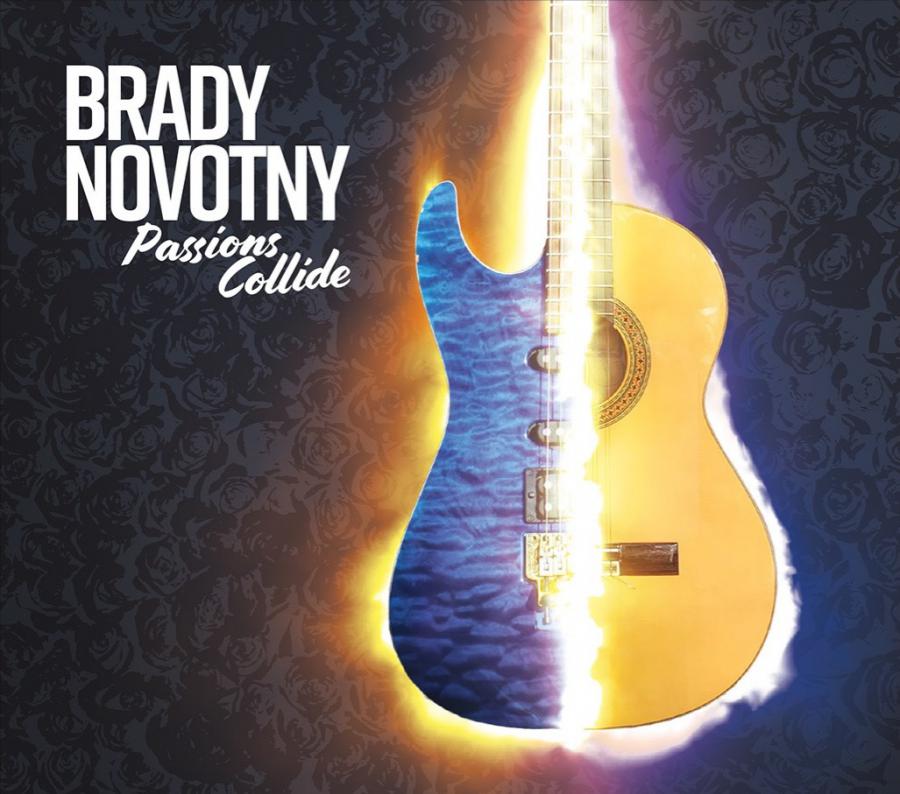 “Nothing short of phenomenally top-notch!” – Jamsphere
“A true master of the six string like the guitar gods of old.” – NeuFutur
“He plays like a living legend.” – IndieBandGuru

2019 is shaping up as a highlight reel-type year for Cranberry, PA-based guitar virtuoso (and relationship/sex therapist) Brady Novotny. His debut album was released in February, and it’s won the praises of critics around the globe. His first single, “Redemption’s Cry” was a staple on AC and rock stations this spring, charting both nationally and internationally. He appeared on Fox and ABC TV, as well as taking up a half page in Guitar Player Magazine. Brady also opened for one of his guitar heroes, Paul Gilbert. At only 6 months into the year, what more could the mild-mannered guitarist from Pittsburgh ask for?

This past Saturday, that question was answered when Brady’s latest single and video, “Passions Collide” reached #3 on the iTunes Rock Songs chart in Canada. The flamenco-influenced track was beat out only by the new Freddie Mercury single and Queen’s classic, “Bohemian Rhapsody.” Novotny came in ahead of time-tested favorites by Journey, AC/DC, Fleetwood Mac and a host of household names.

A man of few words, Novotny said, “It was awesome to see ‘Passions’ charting!’

“Passions Collide” was produced by Pittsburgh favorite son, David Granati of the Granati Bros and G-Force.

Pittsburgh native Brady Novotny is no stranger to the stage, or the world of music performance. In fact, as a nationally-touring musician, the guitar virtuoso has been heard by thousands of people. This past Christmas season, Novotny performed to more than 20,000 attendees as a member of the Victory mega-church worship team. He was featured in the April 2019 issue of Guitar Player Magazine.

Citing Randy Rhoads as his muse, Brady began playing guitar at age 10. An attendee of Berklee College of Music, he has taught summer guitar workshops at renowned Duquesne School of Music. His experience ranges from the Pittsburgh rock scene to national tours. He has worked as a Pittsburgh session guitarist, Worship leader, and guitarist at several mega-churches. Brady is also a licensed therapist, with a Master’s Degree in Psychology.