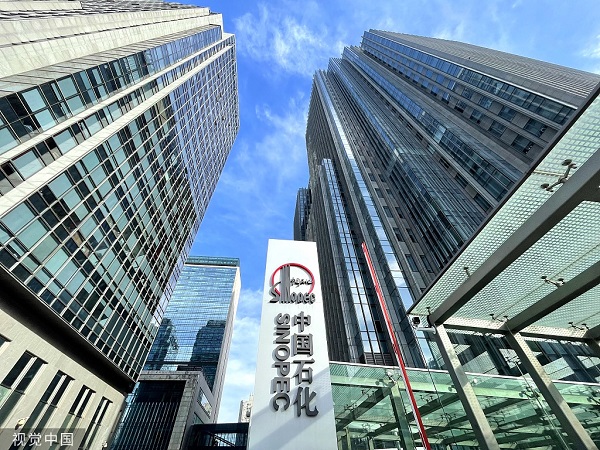 The subsidiary obtained a bio-jet fuel airworthiness certificate issued by the Civil Aviation Administration of China on Sept 19, which marks the first time that large-scale produced bio-jet fuel will serve the aviation industry in China.

Bio jet fuel, which cuts emissions of carbon dioxide by more than half over its whole life cycle, has gained momentum against the backdrop of carbon peak and carbon neutrality goals within the country in recent years.

Zhenhai Refining vows to further expand the market and supply chains to pave the way for accessing international markets in the future, it said.

Ever since 2011, Sinopec – together with China National Petroleum Corp – has finished four flight test trials using bio jet fuel, including the nation’s first cross-oceanic flight powered by green aviation fuel in 2017 when a Hainan Airlines flight from Beijing to Chicago carried 186 passengers and 15 crew members over a distance of 11,297 kilometers.