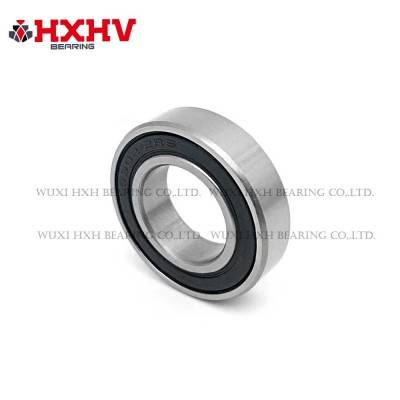 According to the data, no matter from bearing production or bearing sales, China has already entered the ranks of major bearing industry countries, ranking third in the world.

According to the data, no matter from bearing production or bearing sales, China has already entered the ranks of major bearing industry countries, ranking third in the world. Although China is already a big country in bearing production in the world, it is not yet a strong country in bearing production in the world. The industrial structure, research and development capabilities, technical level, product quality, efficiency and efficiency of China’s bearing industry are still far behind the international advanced level. In 2018, the main business income of enterprises above designated size in China’s bearing industry was 184.8 billion yuan, an increase of 3.36% over 2017, and the completed bearing output was 21.5 billion units, an increase of 2.38% over 2017.

From 2006 to 2018, the main business income and bearing output of China’s bearing industry maintained a rapid growth trend, of which the average growth rate of main business income was 9.53%, economies of scale had been initially formed, and the industry’s independent innovation system and R & D capacity building Certain achievements have been made, and a set of bearing standard systems consisting of 97 national standards, 103 mechanical industry standards, and 78 bearing standard committee documents, which are in line with international standards, has reached 80%.

From 2006 to 2017, the growth of China’s bearing export value was relatively stable, and the growth rate was higher than that of imports. The import and export trade surplus showed an increasing trend. In 2017, the trade surplus reached 1.55 billion US dollars. And compared with the unit price of import and export bearings, the price difference between China’s import and export bearings has been relatively large in recent years, but the price difference has decreased year by year, reflecting that although the technical content of China’s bearing industry still has a certain gap with the advanced level, it is still catching up. At the same time, it reflects the current situation of overcapacity of low-end bearings and insufficient high-end bearings in China.

For a long time, foreign products have occupied most of the market share in the high-value-added large-scale, precision bearing field. With the continuous improvement of the technology research and development capabilities of China’s bearing industry, the accuracy and reliability of domestic bearings will gradually improve. Domestic bearings will gradually replace imported bearings. They are used in the manufacture of major technical equipment and intelligent manufacturing equipment. The prospects are very broad.