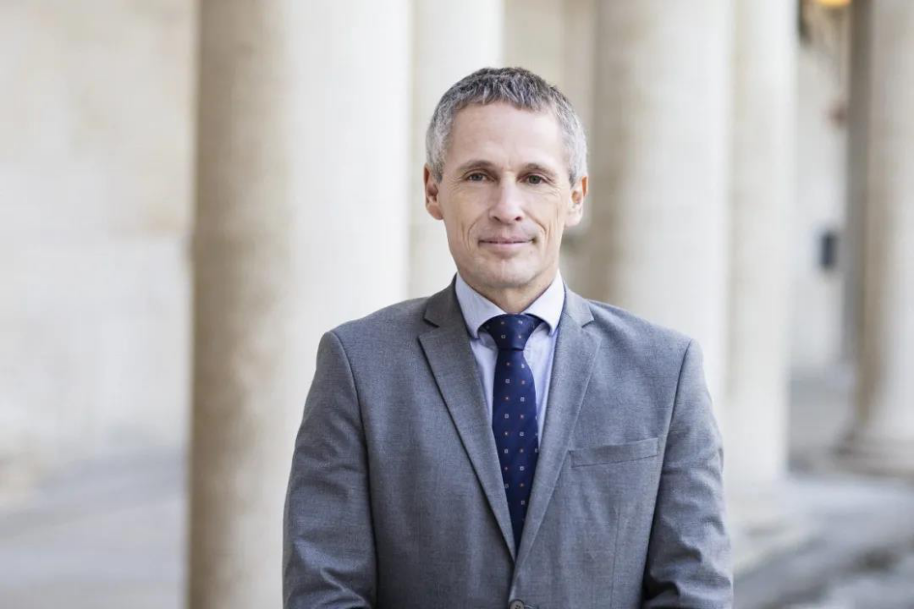 Thomas Østrup Møller
Ambassador of the Kingdom of Denmark to China

A series of dialogues of “Talk with Blueconomy” are initiated by China Marine Economic Expo (hereinafter referred to as the CMEE). It invites high-level guests from government, commerce, science and technology, economy, ideology, culture and many other fields to discuss important issues affecting the global blue future, aiming at promoting cutting-edge exchanges between science and technology and commerce, building a sustainable development ecology of the global commercial society and advancing towards a new global blue future.

The CMEE is held once a year in Shenzhen. As the only national marine economic exhibition in China, it serves as an important economic and trade platform to promote the high-quality development of marine economy, promote international cooperation in blue economy and jointly build “the 21st Century Maritime Silk Road.”

Denmark is both the hometown of fairy tales and an important maritime power in the world.

Denmark, known as the “Northwest Europe Bridge”, is located at the exit from the Baltic Sea to the North Sea in northern Europe, and is the land transportation hub of Western Europe and Northern Europe. It has more than 400 islands and a total coastline of more than 7,000 kilometers. It can be said that Denmark’s marine economic prosperity benefits from its geographical advantages. When it comes to Denmark, we naturally think of Maersk, a world-famous container shipping company. Therefore, shipping industry has always been the pillar industry of Denmark and the main component of national fiscal revenue. Besides Maersk, Denmark also has many other world-renowned shipping companies. Every year, the total amount of goods transported by sea in Denmark accounts for 10% of the global seaborne trade.

Thomasøstrup Møller, ambassador of the Kingdom of Denmark to China, said that there has been a long history of trade between China and Denmark. According to historical records, in the 18th century, Danish merchant ships had records of going back and forth between Denmark and China. In the past 70 years, China and Denmark have achieved all-round close economic and trade cooperation in the fields of climate, energy, environment, food, health, maritime affairs and education. He also said that his current work direction is to promote further cooperation between the two countries in tackling climate change, environmental protection and sustainable development.

Q1. Since Denmark is a big maritime country in the world, can you share its experience in developing blue economy with us?

Thomasøstrup Møller: Denmark is surrounded by the sea. We can say that the distance from any corner of Denmark to the coastline will not exceed 50 kilometers. There are more than 400 islands in Denmark, and its capital Copenhagen is also located on the islands, so sea transportation is our most important mode of transportation.

Since the Viking era, Denmark’s shipping industry began to develop rapidly, and it has been very active in the world since then. In recent decades, under the background of prosperous international trade, Danish fleet has gradually expanded its shipping services to all parts of the world, and its total cargo transported by sea accounts for 10% of the global shipping trade every year.

Most worthy of mention is Denmark’s fleet is equipped with advanced modern equipment and extremely advanced technology, which can provide all-round services in the field of design shipping. Denmark’s shipping industry is highly developed and has bred a large number of world-class enterprises, such as Maersk, the world’s largest shipping group. The globalization of these enterprises has enabled Denmark to achieve sustained growth in shipping revenue and become an important part of national GDP.

However, I would like to share with all of you what Denmark has done in promoting sustainable development of the ocean and other fields.

Q2: Can you say something in details?

Thomasøstrup Møller: Ocean matters all of us, because the future of our mankind depends on its sustainable development. In view of such a cognition, we began to vigorously promote new technologies to reduce the carbon emissions of ships more than ten years ago, and through a series of means such as reducing fuel consumption and optimizing routes, we hope to achieve a continuous decline in carbon emissions while the freight volume is increasing. It is our unswerving goal to continuously build a more environmentally friendly shipping industry.

In addition to the upgrading of shipping technology, we have also made many breakthroughs in renewable energy. Denmark is recognized as one of the countries in the world that have solved the energy problem well. We have been actively advocating an “efficient, clean and sustainable” energy development model. Thanks to the renewable offshore wind energy and energy management system, Esbjerg Port in Denmark will become the first port in the maritime industry that is expected to achieve the goal of reducing carbon emissions by 70%.

Under the great pressure of reducing carbon emissions all over the world nowadays, we are willing to share with you many of our technologies and solutions on this issue. A great deal of successful experience in Denmark indicates that there are indeed a balance between effectively controlling carbon emissions and constantly promoting economic growth.

Q3: What is your view of the 2060 carbon neutral target presented by China?

Thomasøstrup Møller: As one of the fastest growing countries in the world, China’s leading role in this regard is very important for global sustainable development.

China has promised the world that “carbon dioxide emissions will peak before 2030 and carbon neutrality will be achieved before 2060”, which is a powerful indication. This goal is very difficult for China in transition, but it shows the attitude of Chinese leaders, and they should really devote themselves to solving the world problem of climate change and contribute Chinese wisdom to this end.

As I mentioned earlier, Denmark has been exploring related fields for many years, so we are willing to share our technology and experience with China. This is also one of my important work contents in China.

Q4: What kind of cooperation opportunities existing between China and Denmark?

There has been a long history of trade between China and Denmark. According to historical records, in the 18th century, Danish merchant ships had records of going back and forth between Denmark and China. In the past 70 years, China and Denmark have achieved all-round close economic and trade cooperation in the fields of climate, energy, environment, food, health, maritime affairs and education.

Despite the global economy is in a state of weak growth, affected by the COVID-19 in 2020, the bilateral trade volume between China and Denmark is still increasing year on year. I think there must be a abundant complementarities between the two countries. In the future, we can carry out in-depth cooperation on many important global issues, especially in the fields of climate change and green sustainable development, thus contributing to the sustainable development of the world.