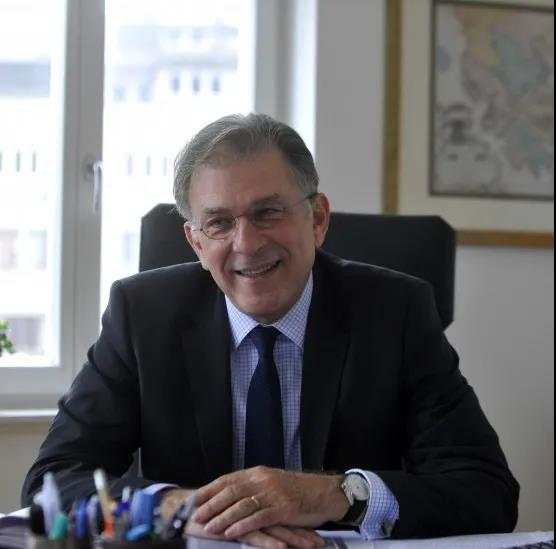 A series of dialogues of “Talk with Blueconomy” are initiated by China Marine Economy Expo (hereinafter referred to as the Expo). It invites high-level guests from government, commerce, science and technology, economy, ideology, culture and many other fields to discuss important issues affecting the global blue future, aiming at promoting cutting-edge exchanges between science and technology and commerce, building a sustainable development ecology of the global commercial society and advancing towards a new global blue future.

The Expo is held once a year in Shenzhen. As the only national marine economic exhibition in China, it serves as an important economic and trade platform to promote the high-quality development of marine economy, promote international cooperation in blue economy and jointly build “the 21st Century Maritime Silk Road.”

In addition, Greek’s culture covers literature, art, philosophy, religion and myth, political science and natural science, which serves as an important part of the world cultural history. The spirit of the modern Olympic Games is also derived from the Olympian spirit of peace, which was founded and advocated by Greece in the beginning.

Greece is located in southeastern Europe, at the southern tip of the Balkan Peninsula, bordering the Aegean Sea, Mediterranean Sea and Ionian Sea. Thanks to its superior geographical location, it has always been a big shipping trade country in the world. Greece take up only 0.15% of the world’s population, but it has the largest number of ships in the world, and it holds 21% of the global tonnage.

In the meantime, Greece serves as a strategic place connecting Europe, Asia and Africa as well as an important fulcrum of “the belt and road initiative” in Europe.

Georgios Iliopoulos, Greek ambassador to China, said that COVID-19 pandemic has brought great challenges to the world and needs global cooperation to cope with them. We can promote trust among countries by forging more equal partnerships, adopting open and transparent procurement rules and relaxing market entry barriers, so as to better meet various challenges and revitalize the global economy.

Greek is more than ready.

First, since 2017, the Greek economy has been in a state of slow recovery. Although COVID-19 has delayed the pace of its recovery, Greece has carried out successful economic reforms and responded well to the immediate crisis.

Secondly, Greece has rich experience in participating in multilateral organizations and has successfully cooperated with China on many multilateral occasions.

Therefore, Greece looks forward to more discussions and cooperation with the participating countries of the “the belt and road initiative”, including China, so that the “the belt and road initiative” initiative can achieve more fruitful and mutually beneficial results in the fields of investment and trade. I believe that with the joint efforts of all of you, such an initiative will bring more positive impacts to the global economy.

Georgios Iliopoulos: There is a small cultivated land area in our country, and people can’t perform large-scale agricultural activities, so most Greeks has engaged in the Marine business and taken it as an important means of livelihood since ancient times.

In addition, we also have a long coastline, which provides us with convenient conditions to build an excellent port. Coupled with the Greek tradition of engaging marine business, which I mentioned just now, these two have laid a solid foundation for us to take the lead in ocean activities in the world.

Greece has a long history of marine civilization. The Trojan War recorded in “Homer’s Epic” is actually the earliest naval battle, which indicates that we already had excellent shipbuilding technology and carried out rich marine economic activities thousands of years ago.

Up to now, we are still very proud of our marine industry represented by shipping. Although Greece has only 0.15% of the world’s population, we have the largest number of ships in the world, accounting for 21% of the global total in terms of tonnage.

Now we are living in a closely linked world, and most of the global trade depends on shipping, and Greece plays a very important role in this process.

Q2: What’s your opinion of the cooperation between Greece and China? What are the areas remained to be concerned?

Georgios Iliopoulos: “The Belt and Road Initiative” is an area worthy of our attention. Greece, as a maritime trading country with a long history, has always been very supportive of initiatives that can enhance global trade and strengthen interconnection. Especially in the post-epidemic era, we should strive to achieve sustainable and inclusive economic growth through the flow of people, goods and services.

A classic case I have to mention here is the acquisition of Piraeus Port in Greece by China COSCO Group in 2016. This is not only the first acquisition of overseas ports by China, but also a model of interconnection between China and Europe. In fact, it marks the formal establishment of the Maritime Silk Road. After the acquisition, COSCO Group expanded and upgraded Piraeus, making this port the largest port in the Mediterranean region, and promoting employment growth and economic development in the region, which has won a lot of praise in our local area.

This successful case can make China and Greece more closely linked. On the one hand, China’s shipbuilding industry is the largest in the world, and most of its orders come from Greek shipowners. In the past 15 years alone, Greek shipowners have purchased more than 1,000 ships from China, with a total value of more than 70 billion US dollars; On the other hand, Greece is a big shipping country in the world, and most of China’s exports and oil imports are carried by Greece. This close trade relationship between the two sides can bring a steady stream of great benefits to each other.

Q3:How do you think China and Greece should better promote the close ties and cooperation between the two sides?

Georgios Iliopoulos: “The Belt and Road Initiative” will deepen the interconnection between Greece and China, and we hope to carry out exchanges and cooperation in more aspects in the future. For example, we hope to carry out more pragmatic cooperation in tourism, culture, creative industries, education, ocean, science and technology and many other fields, which will help promote our economic exchanges.

It is worth mentioning that China’s huge consumer market will also drive the global sales of high-quality agricultural products. Greece can provide very healthy food, such as various seafood. Nowadays, Chinese people pay more and more attention to healthy eating, while Greece is famous for its healthy eating and lifestyle. Therefore, I believe that our two countries will have greater demand in cross-border e-commerce trade, goods shipping trade and other fields in the future.

Q4: At present, China is actively carrying out energy transformation and promoting the “carbon neutral” scheme. Does Greece have any experience and suggestions for it?

Georgios Iliopoulos: Energy and environment are also important areas of cooperation between China and Greece at present. In the past few years, Greece has slowly become a regional energy center and continues to transform into renewable energy. In order to achieve the goal of low carbon faster, China urgently needs investment and technology in the field of energy. Greece has made many successful attempts in the fields of sustainable utilization of marine resources, energy security and transformation, green development, etc., and has always been at the forefront in this respect. We also sincerely hope to achieve a comprehensive cooperation with China, so as to achieve more sustainable development under the “the belt and road initiative” and various cooperation frameworks.