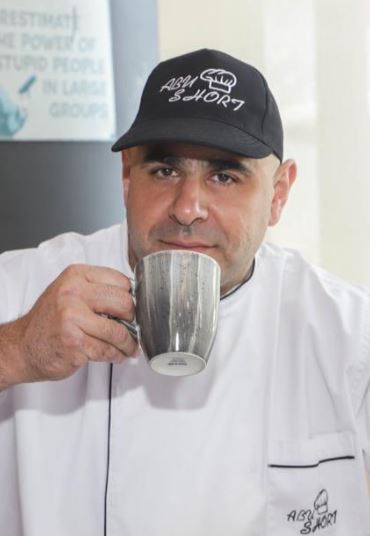 it is the matter of time, Chef George Said
The 13th Annual Chef Awards awards saw chefs competing in 11 categories, Chef George is part of it!

They are generally busy cooking up lip-smacking food for their customers but chefs across the country took centre stage for a special award that honours their skill. Hosted by the Indian Culinary Forum (ICF) at The Ashok Hotel, the 13th Annual Chef Awards awards saw chefs participating to compete in 11 culinary categories.

“The objective of Chef Awards is to offer fellow chefs a professional platform to showcase, exhibit, hone culinary skills and raise the overall Indian culinary art at par with international standards. “I am sure it was a valuable experience for all the chef and will surely maximize their potential and growth in the sector,” says chef George Ghrayeb, who is part of ICF.

Chef George departed in India 2 weeks before the competition starting to do his arrangement and needed site work.

Chef George Ghrayeb, announced on his official instagram channel that he will be flying soon to UK ”United Kingdom” for a new restaurant chain, with a new line of cooking & food presentation in a jointventure with one of the arab business men. With no limits Chef Said: ”I will never look backward, I do not have any clew word for impossible, whenever you will work hard you will get a result.