“Running a modeling agency can be highly enjoyable and gratifying,” – Gayle Carson

Starting a modeling agency may appear to be an enjoyable and straightforward venture, but it requires a significant amount of time and effort, and the amount of hard work and attention required is never-ending. A modeling agency is a fast-paced, highly competitive industry where standard business hours are not followed. Instead, amodeling agency’s business is handled 24 hours a day to deal with the demand of rush work and cancellations. A modeling agency, in general, is a company that represents fashion models who work in the profession. The agency forms a deal with the head agency or the model, and it is through commissions they earn their own money.Only a few people can manage the pressure and turn it into a diamond; Charlie Oneill, born on January 17th, 1998, is one of them. Only Managers, the 24-year-digital old’s modeling agency, signs models and helps them get jobs in various industries, with the fashion industry being the most prominent. Sometimes deal directly with models, and other times they work with a head agency that also works with models. Agents assist models in various ways, including billing employers, paying models, and helping them market their jobs.

O’Neill’s family runs a leading commercial flooring company in South Florida, and he has more than seven years of experience working as a retail flooring project manager in his family business. But, despite having much, he always wanted to do something on his own and succeed so that he could make his family and friends proud.

“To be happy and successful in whatever I do.”

When asked about his life ambitions, he stated that he wants to be happy and continue to thank God. Apart from the family company, Charlie enjoys playing golf with his buddies regularly. In addition, he wrestled his senior year and was a two-time regional qualifier, two-time district runner-up, and two-time county runner-up, finishing eighth in the state at his weight class.

Only Managers, O’Neill’s company, is well-known in the United States, and they’ve signed a slew of models to assist them to increase their social presence while still making a profit. Only Managers offers a variety of services to onlyfans and Instagram users. They assign a dedicated account manager to handle account issues, administer accounts and assist in verifying and marketingfunds to achieve even more and faster growth.Every young girl or guy who desires fashion, luxury clothing, glamour, being in the spotlight, and touring the world dreams of being a model. If you’re serious about pursuing a modeling career and believe you’ve got what it takes, there are a few things to keep in mind.

The modeling profession, like any other, has predators. Scams do exist, and there are a few common modeling scams to be aware of.Most modeling agencies are open Monday through Friday, 9 a.m. to 5 p.m. If you’re invited to an “open call” or “talent evaluation,” make sure it’s during these hours. Also, seek a license on the wall to avoid being duped by a modeling agency. A permit is required for all agencies. Finally, pay attention to what’s going on in the world around you. Is there a ringing in your ears? Is there any actual work being scheduled? Otherwise, it could be a modeling ruse.

“Travel is the only thing you buy that makes you richer” – Anonymous.

On his Instagram account, Charlie appears to be an adventurous guy who often travels and sees new locations. He’s been to Maine, Chicago, Tulum, Paris, New York, and Alaska thus far. It is stated that spending money on doing something (referred to as “experiential purchases”) will provide you with a longer-lasting sense of enjoyment than spending money on having something (referred to as “material purchases”). In addition, people’s mental health is also improved, which allows them to refocus on their work or studies. Charles believes the same thing and attributes his youthfulness and activity to his travels. Another significant advantage of traveling is that it exposes us to new things and people and assists in the education of individuals about diverse cultures, which helps boost the creativity of people, which helps in daily lives. 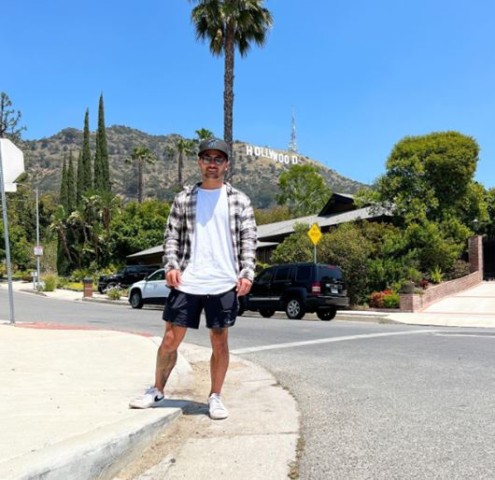 As mentioned above, Charlie loves to play golf with his friends; in 2015, about 2.2 million Americans began golfing. Golf is a great way to get some exercise. You not only spend much time on your feet, but you also walk quite a bit. In fact, by the end of most courses, you’ll have walked roughly 4 miles, ensuring that you meet your daily step objectives. When you play golf, you will spend most of your time outside. That means you’ll need plenty of sunscreens, but you’ll also benefit from spending time outside. There’s nothing wrong with playing golf with a friend; golf is a great way to meet new people. One of the simplest methods is to go to the course by yourself. Let the clubhouse know you’re interested in joining others, and they’ll be pleased to connect you with other like-minded people. You’ll be out for a congratulatory drink with a new friend or two before you know it.

The golf course can be the finest spot to strike up a new business arrangement. Why? Simple. Many executives enjoy playing golf. It’s no surprise that it’s a beautiful way to get some exercise and get away from the workplace for a while. It might be time to take up golf if you want to advance your profession. Golf can help you strengthen your business ties in a variety of ways. First, you can invite your coworkers or employers out for a round of golf. It’s a terrific way to enjoy each other’s company while also having a neutral space where you may talk about anything. It can also aid in the formation of new commercial partnerships. You may meet other people in business in comparable sectors whom you can collaborate with as you make new acquaintances on the course. Oneill did the same thing, and because of his attention and focus on golf, he was able to apply it in real life, and that dedication and focus helped him become the guy he is now.