Being brought to audiences worldwide by 2C Comics and designer Dan Hopkins, Capes & Chaos is all new story universe of Superheroes and Master Villains set in the not too distant future of current day earth, devastated after an apocalyptic attack of aliens and demons. The grand opening of the Capes & Chaos universe is revealed through over 140 unique works of high quality art featured across over 280 cards!

There are two different game editions included right out of the box, the Basic Edition and the Advanced Edition. Both editions are full stand-alone games. The Basic Edition plays as a “medium-weight board game” with fresh mechanics, while the Advanced Edition adds depth and enhanced strategy in a “dueling style” card game by using both sides of the cards! However, in Capes & Chaos, while you are still competing against other players, you do not go directly head-to-head. Instead you will fight neutral opponents in a compelling mix of both new concepts and traditional elements of combat from tabletop RPGs using a 20 sided die for attacks.

Supporters around the world can support Capes & Chaos by making generous pledges and contributions via Kickstarter. Pledges start at as little as $1. But for a pledge of $20 or more, unlock other rewards as a token of your support, including copies of the game and exclusive rewards! Some rewards are limited, so do act fast. More information is available on the Kickstarter campaign page.

Capes & Chaos, produced by 2C Comics and designed by Dan Hopkins, started as an idea in September 2016. With a strong story world and character concepts, Capes & Chaos introduces the world to an exciting game universe of Superheroes and Master Villains. 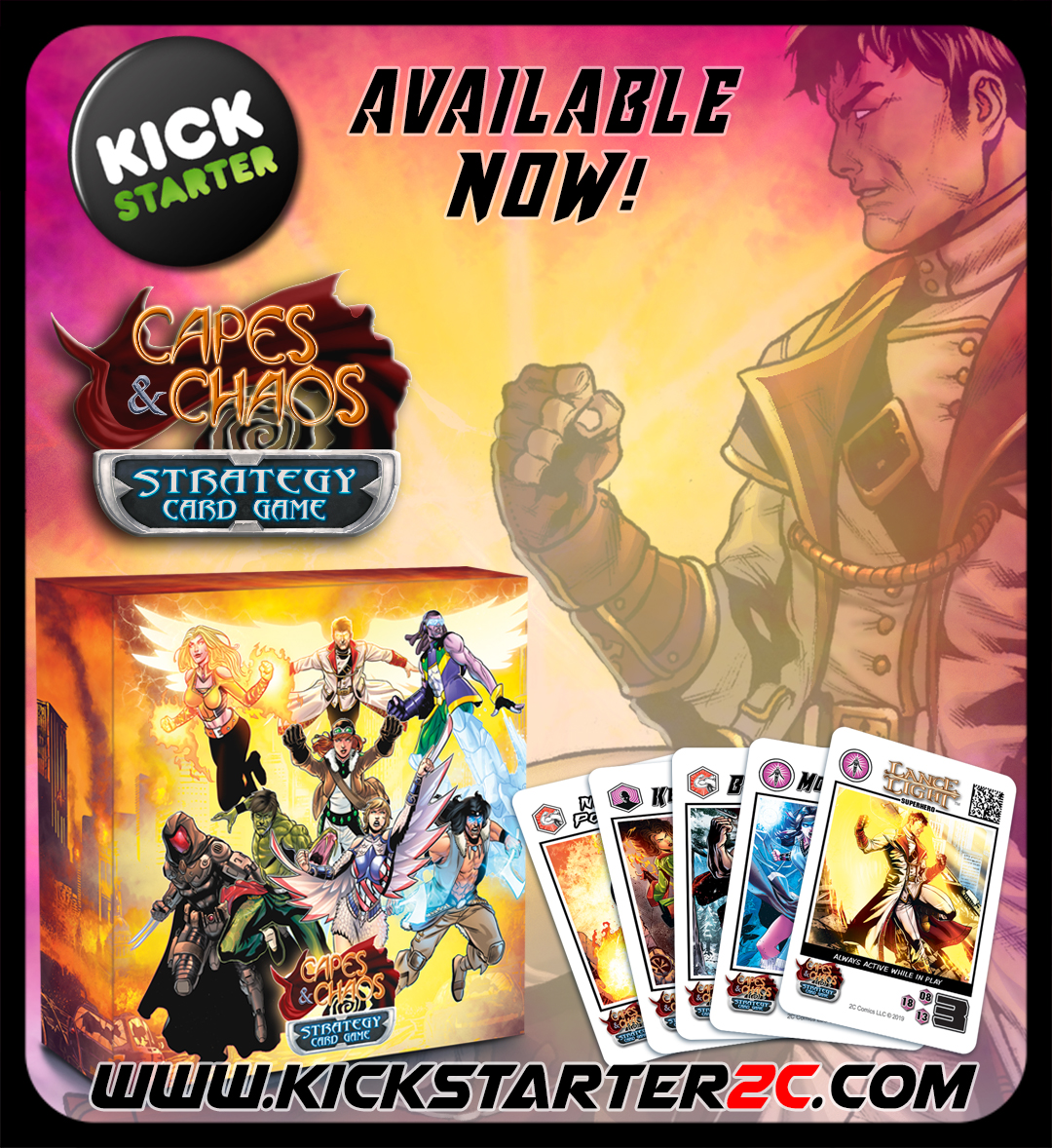 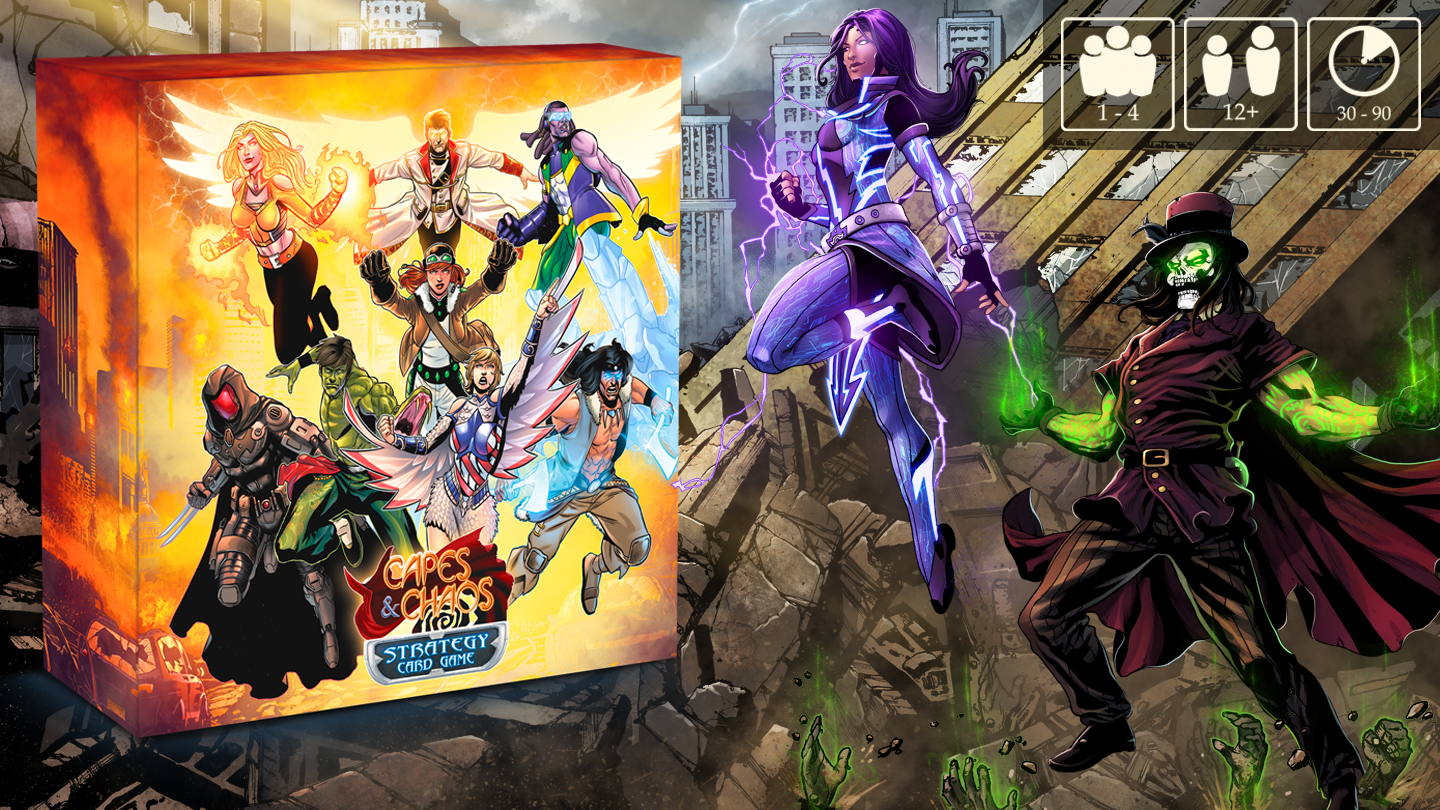