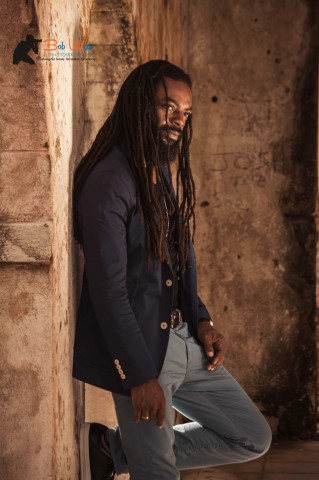 Born Ryan Chase, Buggy Nhakente was introduced to music at as early as the age of 7 years, when his uncle gave him a mini radio and a microphone. There was no looking back for him after that. With an innate understanding of music and rhythm, he was well supported by his peers at school to pursue his talent, and by 1990, he began his musical journey to follow his dream career in entertainment.

Buggy recently released his latest single “Burning Bridges” on June 1, 2020, which is produced by Mark Cyrus. When the producer Mark Cyrus reached out to Buggy in Frankfurt for this project called the ANMWE Riddim, Buggy instantly knew he wanted to be associated with it. He could relate to the meaning behind ANMWE as an artist, which is a Haitian Creole word symbolizing hope and help. The track “Burning Bridges” is a high spirited song that is loved and appreciated by the listeners from all across the state. On top of Buggy Nhakente’s melodious vocals, the beats of the song are extremely funky and catchy.

“Over the years I’ve witnessed the good and not so good of what the industry offers. However, this journey continues to help me express everything I need to, emotionally and otherwise. It is part of the nucleus of my being”, says Buggy, telling about his musical journey. As assertion to his achievements, Buggy Nhakente has toured Canada, the UK, and over 50 cities in the US,

Great artists like Stevie Wonder, Marvin Gaye, and Bob Marley have inspired Buggy in his earlier days of music, while Damien Marley and Sizzla have an influence on his music at a different phase of his life. He likes to describe his music style as ‘roots, conscious, rugged but yet sexy’.

Buggy Nhakente has been awarded great titles including ‘Reggae Artist of the Year’, ‘Best Reggae Single’ in 2007, 2010, and 2011, and ‘Video of the Year’ 2009. He is also well known for being the first Barbadian artist to perform at Jamaica’s premier conscious reggae show – Rebel Salute.

Buggy Nhakente is a perfect amalgamation of rich Caribbean roots and artistic talent, who is fully loaded with universal lyrics, energy, and charisma. He has a skill of connecting with people from all walks of life and is on his way of spreading love and positivity in the world through his music.

Listen to the single “Burning Bridges” now on YouTube.com.