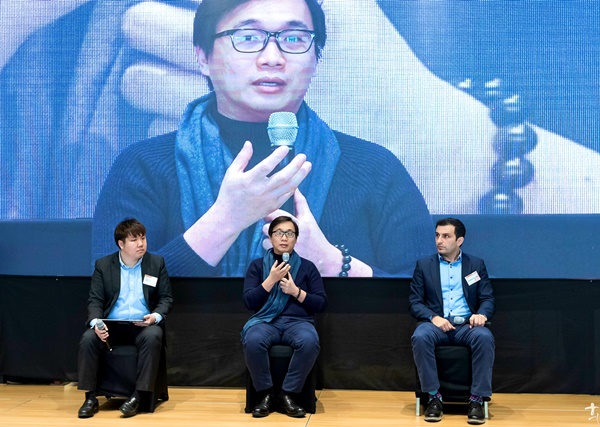 Anndy Lian spoke at a panel titled “The Future cannot be regulated” at the World Blockchain Summit Busan 2020. The event has brought international technology experts to Busan, South Korea, to discuss the future of blockchain.

“Innovation is the guarantor of future prosperity and not regulation. In order for us to have a brighter future, we need to be innovative now to set a good foundation, and regulations can set in later to standardize. This is how typically sandbox models work, we trial and error, and if the results are good and acceptable, they graduate from the sandbox regime. Singapore’s MAS did a good job for blockchain-driven project, and I believe Busan as the regulatory free zone can take reference from what was done and make it better,” Anndy Lian commented.

Andrew Faridani, member of the Forbes Business Development Council agreed with the points and added: “The companies best positioned to be able to help the authorities make responsible regulations are those companies in industries that have the power to generate the most customers. The leading industry may be the gaming industry, because of its potential to recruit end-users at a rapid rate is probably the biggest out of any of the industries involved right now in blockchain. Responsible leading companies such as Gaimin, have the ability to be the forerunners of this movement.”

Former South Korea Minister of Environment Lee Maanee and keynote speaker at the event also explained further, “Busan has designated the blockchain special zone and laid the foundation for the public and private sectors to become the leading model of the Fourth Industrial Revolution.”

“There are many discussions today from DeFI to Ethereum Killer. Like I have mentioned on the stage, we are all supporters of blockchain technology. Highly likely, if you have invested in Bitcoin, you could have made some money but if you are a hardcore blockchain company, you could have lost money. I did not have time to elaborate on the stage on this. Blockchain companies must be realistic and build the business step by step, commercialise their products properly, and not think that they are “bitcoin”. Think in this manner, and the future will be a better one.” Anndy Lian, who is also an Inter-governmental advisor at Asian Productivity Organisation added.

For more information on the summit, go to https://wbsmarvels.com/

Anndy Lian is an all-rounded business strategist with more than 15 years of experience in Asia. He has provided advisory across a variety of industries for local, international and public listed companies.

Anndy is also part of the Gyeongsangbuk-do Blockchain Special Committee, Government of Republic Korea, helping the province to grow using blockchain technologies. South Korea. He wrote a book titled “Blockchain Revolution 2030” and is published by Kyobo, the largest bookstore chain in South Korea.