Talented singer and songwriter, Jamal J Franklin, continues in his revival of R&B as his single “Boom (In The Bedroom),” hit the top 8 on the DRT (Digital Radio Tracker) Charts 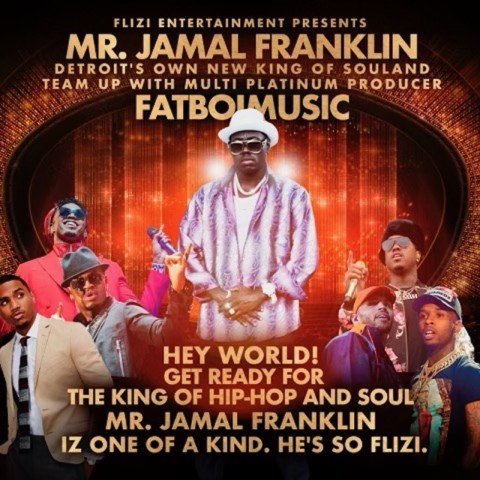 Jamal J. Franklin looks ready to set the record straight in the music industry, especially in the world of R&B, as his record titled Boom (In The Bedroom) recently hit the top 8 on the DRT (Digital Radio Tracker) Charts. Described as the King of Hip-Hop Soul, Jamal is making a solid comeback to deliver real R&B to lovers of good music, as substantiated by the feat achieved with Boom (In The Bedroom), which has continued to do good numbers since it was officially released on July 8, 2022.

“The King of Hip-Hop Soul is back with “Real R&B”. With this track, I’m reviving R&B music and putting the Soul back into the mix.” – Jamal J. Franklin.

Boom (In The Bedroom) is the R&B version of “Boom (G Mix)” released under FLIZI ENTERTAINMENT PRODUCTIONS, INC. Jamal brings his signature fusion of R&B, soul, and the signature feel-good vibes to create the single, with his passion for creating impactful music palpable in every line. The Dallas-based Detroit native and U.S. Army War Veteran has thrilled lots of fans, especially ladies, with his performance of the song across the United States. Boom (In The Bedroom) already has more than 20k streams on Spotify, as Jamal continues to spoil ladies with lyrical gifts. Influenced by music legends such as The Temptations, The Stylistics, Aretha Franklin, and Whitney Houston, Jamal J. Franklin is set for greatness as an R&B act, judging by the feat he already achieved.

For further information about Boom (In The Bedroom) and other works from Jamal J Franklin, visit – https://flizient.com. Jamal also has a growing online fanbase across all major streaming platforms and social media, including Spotify, Instagram, Twitter, and LinkedIn.

Jamal J Franklin is arguably one of Hip-Hop’s brightest stars, building a reputation that has seen him reign in the title of the ‘King of Hip-Hop Soul’. Otherwise known as $ilver Dollar, Jamal has carved out a signature sound, blending the distinct, earthy expressiveness of Soul and R&B with modern-day Hip-Hop to create impactful, yet entertaining songs for his fans and music lovers worldwide.