Blue Intelligence’s bio-mimic technology developed an algorithm of the same principle based on the fact that an owl accurately recognizes the target of its prey even in the darkest night. When an owl secures the target’s location, it usually tilts its head to measure the volume and distance of the right ear and the left ear at different heights, and then corrects the location based on this to find the exact location. Blue Intelligence also implemented a similar algorithm in software for positioning equipment so that autonomous vehicles can find the exact location even in an environment without GPS.

Currently, Blue Intelligence is developing a technology that allows autonomous vehicles to reach empty parking spaces on their own without a separate positioning device in the underground parking lot. 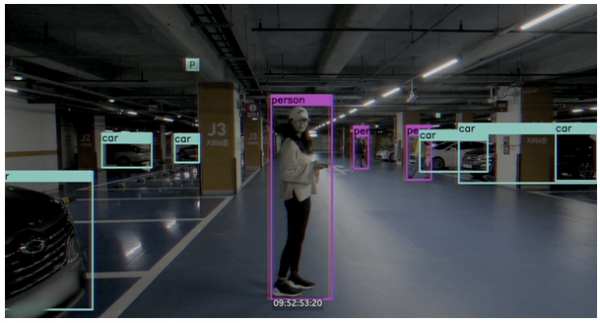